Trustworthy Rivals: On an Alternative Path to Multi-Faith Discourse

Interfaith or multi-faith discourse can easily fall prey to agreeing to agree on everything, even where there are significant differences. Such agreement and affirmation may come across as disingenuous at worst, naïve and exaggerated at best. As I have had to tell various people of non-Christian faith communities over the years when engaged in such discourse, we are not saying the same thing.

A more straightforward and plausible approach is that taken by the Foundation for Religious Diplomacy with which I am associated (including the Evangelical Chapter). Our movement calls for approaching adherents of the respective faith traditions as “trustworthy rivals” rather than as perfect, homogeneous matches made in heaven.

“Trustworthy rivals” also win out over mean-spirited religious enemies. While the various faith traditions set forth competing truth claims at key points, such competing claims do not lead adherents of the diverse traditions necessarily to discount and demean one another. In fact, I have found that sometimes those closest to one’s tradition in the family faith line often come across as the harshest critics (not those from afar), as with many nuclear family scenarios involving siblings.

Which would you rather be toward those of other faiths? A trustworthy rival, a mean-spirited and scheming enemy (like a former spouse), or a platonic and possibly even unscrupulous bedfellow? Can you think of other options? 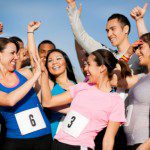 November 15, 2013
Reconciliation Is More Than a Hugathon, Part 2
Next Post 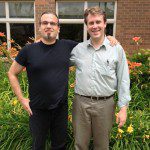