Is It Okay to Privatize Public Beaches? 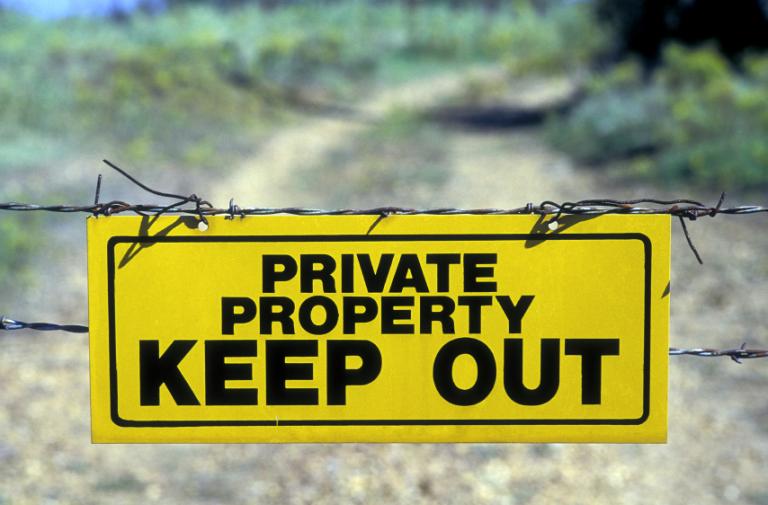 Is it okay to privatize public beaches?

I listened attentively to NPR the other night to an account of how California is fighting with a billionaire who is trying to halt the public’s access to a remarkable and remote beach.

Prior to the billionaire’s purchase of the property, people were coming to Martins Beach for decades. According to California law, all beaches are public from the high-tide mark to the ocean. Martins Beach is hidden from the highway and is only accessible by boat or the road that goes through the billionaire’s property. The family who had owned the property previously (for about a century) charged a small entrance fee to those who wished to visit the beach. Many argue that indicators of precedence of public access include such things as a parking lot, public bathrooms, and a café. State officials are concerned that a billionaire who mounts a legal fight (like this billionaire) can severely drain a small and recurrently underfunded state agency’s resources such as the one responsible for preserving public beaches. One state official indicated that the billionaire’s lawyers made clear that they were not interested in resolving the dispute, only litigation. The state agency is preparing for a long battle.

Above I asked if it is okay to privatize public beaches. Here are some additional questions that take further what I had in mind in asking that question. Would it be equitable/fair if an individual with billionaire means were to fight a lengthy court battle and win after exhausting the other party’s resources? Furthermore, regardless of the case, could and should one’s access and ability to litigate be based on how much money and how many high-priced lawyers one has? Keep in mind that a government often has lots of resources and power, even if that is not the case in this situation. Nonetheless, how fair is it to strain a state’s resources, when it needs those resources to care for the public at large? While I do not know the motives of the persons in question here, these questions are still worth asking of our justice system and our engagement of it.

In addition to questions concerning equity and fairness, it is important to ask about the moral dignity of such acts of litigation pertaining to public access. Is it a corruption of civic virtue and altruism when one works to halt public access to something that has been designated and available for public use for a very long time?

I have not even asked the question that perhaps many Native Americans or First Nations peoples would ask: should anyone own property at all? Moreover, if the First Nations peoples had “owned” the land as property, would the United States have taken it from them? Even if they did not own it in the sense that we talk of ownership today, the indigenous peoples had squatters rights and precedence of access; still, such rights and precedence did not matter to those who took the land from them.

Surely, individuals have rights. No one is keeping the billionaire from owning his property or using the beach. But should this or that billionaire have the right to litigate almost endlessly if he can, simply because he has the resources as an individual to do so?

Above and beyond all these questions and our answers to them, it is well worth asking: how much should this issue concern each of us? According to one lawyer representing the state, the result here will be precedent-setting; other rich people will pose legal challenges to public use laws elsewhere if this billionaire wins. And even if we think this billionaire’s actions are wrong, should citizens ration or withhold their level of concern and altruism for the public that benefits from access to Martins Beach or other beaches if they and their loved ones do not use them? While many economists might warn people that altruism is depleted with use, perhaps it is actually the case that altruism is enlarged with use, as Michael J. Sandel maintains in What Money Can’t Buy: the Moral Limits of Markets (New York: Farrar, Straus and Giroux, 2012), p. 128 (I am also indebted to Sandel for his book’s discussion of fairness and freedom from corruption in addressing the moral limits of markets).

No matter what happens in this case, I hope each of us learns not to limit or block our access to altruism. The quality of our personal lives as well as our public virtue are at stake.

February 6, 2014
Sifting Through and Crossing Out Dichotomies about Jesus and His Cross
Next Post

February 10, 2014 "Avatar" and the Abuse of Western Powers--More Than Fiction
Recent Comments
0 | Leave a Comment
"I don't know if anyone has mapped the mental road to tenderness that comes with ..."
jekylldoc Raw Faith, Vulnerable Deity: Finding Comfort ..."
"The American Church is wrought with people who are not smoking what they are selling. ..."
Hayden Mounce Are You Smoking What You’re Selling?
"This was a very interesting post to read. I have my own issues with Christian ..."
Hayden Mounce I Can’t Wait for Christian America ..."
"Going back to my comment on “How Relational is Your Worldview,” my assumptions based on ..."
Hayden Mounce Why Is the West the Best?
Browse Our Archives
get the latest from
Uncommon God, Common Good
Sign up for our newsletter
POPULAR AT PATHEOS Evangelical
1