The Gentrified Church—Paved with Good Intentions? 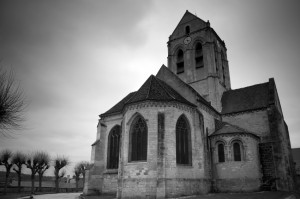 Perhaps you have studied gentrification. For those who are not aware of the term, it entails developing lower income urban areas into places where the middle class and wealthier people (gentry) live. The north side of Portland, Oregon (known as North Portland) is experiencing a lot of gentrification. New buildings, including condos, bistros and shops, are going up. Young white entrepreneurs are moving in, including church planters. Should we call this progress? The answer to this question depends on one’s background, experience, and perspective.

To many, gentrification means urban renewal, which for them spells progress. To others, it signifies cultural regress. According to one urban studies professor in the city, urban renewal spells Negro removal in the minds of many African Americans. This is not a fiction; it is fact, as reflected in this Oregonian article: “Fifty years later, Legacy Emanuel Medical Center attempts to make amends for razing neighborhood.” New buildings going up often spell higher property value and taxes, among other things. Higher costs often force people of lower economic means out. My multi-ethnic church in North Portland has coped with the pain of these eruptions in our community, as have other churches. It can be quite overwhelming.

For those who think simply in terms of marketing dynamics, it is the survival of the economically and religiously fittest. It saddens me deeply when such dynamics shape the thinking of church planters.  All too often we fail to have a parish mindset. In North America, where there is no state church, churches often compete for market shares. Without a parish mindset, all churches perish, even when there is growth for some. Why do I say all churches perish without a parish mindset? Because we cannot be one, if many of us are not around—forced out of town or across it. In the midst of tending to one’s own church’s needs, it is important to tend to the needs of all churches in a community. There is ultimately only one church in any given city—the church of Colossae (Colossians 1:2), Philippi (Philippians 1:1), or Ephesus (Ephesians 1:1), the church of New York, St. Louis, or Portland.

Church unity must be visible, for there to be unity. We can talk all we want about how united churches are in the city of Portland, or elsewhere. But what does unity look like? Given the history of gentrification and segregation in Portland, true unity will include the following: white pastors learning the history of racism, segregation and gentrification; if they don’t understand Portland’s history, they will repeat it, no matter how good their intentions. Good intentions only go so far. As the old saying goes, hell is paved with good intentions. Beyond simply having good intentions, it is important for churches moving into North Portland to get to know the African American pastors, share life with them, and learn from them (they’ve ministered here a very long time) rather than put the burden on them to adapt over and over again. After all, the African American church’s entire history is one of adapting to the dominant church culture’s patterns of dominance. As Dr. John M. Perkins has said, the African American church was the creation of the white man’s oppression.

My Doctor of Ministry cohort in Cultural Engagement at Multnomah Biblical Seminary was discussing these dynamics several weeks ago in class. One of the Anglo pastors from a mega church in Beaverton asked an African American pastor in the city what he thought needed to be done regarding various initiatives on the part of white Christian leaders to minister in the city. The African American pastor’s response was “Get to know us.” The question and answer were simple; both statements were equally profound. These are great first steps, but they have been built in the context of developing trust on the part of members of the Doctor of Ministry cohort. The question was an open, inquisitive question: the white mega church pastor did not claim to have the answers, and he opened himself up to his African American counterpart for his recommendations. Both the question and answer were vulnerable and relational.

As white church planters and other Christian leaders come to serve (often translated “save”) the city, my prayer is that they/we will be saved. I need to be saved from privileged power dynamics day in and day out in the context of relationships with God’s people of diverse ethnicities in my Christian community. Without a sense of relational need, we will not depend on God and one another, but do things in our own strength. What’s the problem with doing things in one’s own strength? The kingdom of God advances through a poverty or bankruptcy of spirit (Matthew 5:3), not pride. Pride goes before a fall. Jesus saves a city, not me. The church was around long before I arrived. Church plants need to follow heart transplants; otherwise, white Messiah complexes will pave the streets of gentrified Portland all the way to hell. 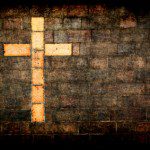 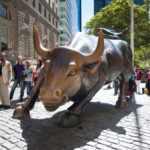 July 7, 2014 Morality and Profit
Recent Comments
0 | Leave a Comment
"Yes, we all ARE on Life Support. This planet has a system that recycles Oxygen, ..."
Kyllein MacKellerann Don’t Take Anything for Granted. We’re ..."
"LORD Jesus, heal Christopher. Amen."
Herrnhut The Resurrection Is More Than a ..."
"00"
Graeme Cooksley Jesus’ Victory Doesn’t End on Easter. ..."
"This article reminds me with my teacher who tells us (his students) to not smoke ..."
Jason Imanuelle Are You Smoking What You’re Selling?
Browse Our Archives
Related posts from Uncommon God, Common Good