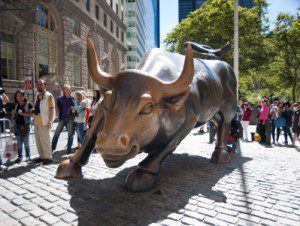 Central to Confucianism is the conflict involving morality and profit. In The Analects, Confucius states, “The gentleman is versed in what is moral. The small man is versed in what is profitable.” (IV.16; D. C. Lau translation, Simon & Brown 2012 edition) Morality—regard for the well-being of others in society—should serve as the guide for one’s various pursuits. Profit through labor is not bad, but the means through which one gains profit and the aim of such profit is of the utmost importance.

What bearing might Confucius’ teaching have today on our market society? As Michael J. Sandel has argued in What Money Can’t Buy? The Moral Limits of Markets, we have moved from having a market economy to being a market society, where everything (or nearly everything) is for sale. Profit all too often dictates what is viewed as valuable. But should we place a price tag on morals? Is there anything money can’t buy?

What might Confucius’ perspective mean for such things as the mass proliferation of weapons and arms sales to individuals and other countries? Where does concern for self-defense become an individual business owner’s or corporation’s stockholders’ concern for advance at the expense of others? No doubt, some will argue that the issue is not morality vs. profit. For them, the solution is not limiting gun sales, but making it difficult for the “bad guys” to buy guns; others will claim that only a good guy with a gun can stop a gun-carrying bad guy—so, don’t limit sales, the argument goes.

What might Confucius’ perspective mean for the mass production of livestock? Are we not talking about more meat on less land for more profit? What would such a framework entail for the animals’ well-being? Now if the animals are not raised in a healthy environment, what does that entail for individual consumers’ well-being? Moreover, if government subsidies to big farms and allotments to needy families fix prices for meat, what might that entail for how society values the quality of meat products available to them? No doubt, some will argue that without mass production and all that it entails, prices will go through the roof and the hungry will be without meat altogether. I suppose in that event the poor and their allies could boycott the meat industry and invest in tofu.

Lastly, for our present purposes, what might Confucius’ perspective mean for cheap labor in various parts of the world? Companies export factories to developing parts of the world, impacting negatively the workforce at home while raising profit against the backdrop of less-than-humane conditions for the factory workers in those developing countries. No doubt, some will argue that the consumers back home—especially people of limited means—are able to buy more for less; along similar lines, some will claim that those employed against the backdrop of sweat shop conditions likely get paid more than what they would otherwise make. If that is the case, and Americans have no trouble with such an arrangement, perhaps we could simply promote the same kind of conditions here and bring the factories home.

While the issues may appear complex, the questions of means and aim of profit are important ones to consider. They are not esoteric matters, but issues people are dying for, chewing over, and working out on a daily basis, even while others take their profits to the bank.

July 2, 2014
The Gentrified Church—Paved with Good Intentions?
Next Post

July 12, 2014 Jesus and the Rabbit Hole
Recent Comments
0 | Leave a Comment
Browse Our Archives
get the latest from
Uncommon God, Common Good
Sign up for our newsletter
POPULAR AT PATHEOS Evangelical
1