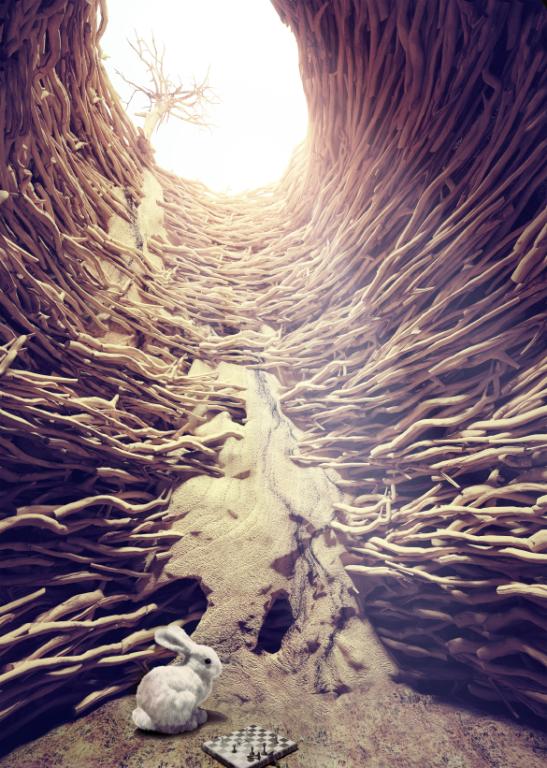 In a previous post, I wrote about Jesus going down the rabbit hole. He goes further than we would ever go if we were to try and save ourselves and further than we could ever imagine him going. The hole he goes down is the void of humanity’s fallen existence.

Jesus alone could go the way he did as God’s Son—alone. There was no way in the world his first disciples could have pursued him down that hole the night of his passion unto death for our sins. Nor could we have borne his burden with him. But if we will simply trust him, Jesus will bear us on his shoulders as he plunges into the void of our individual lives to fill that void with his loving presence. While I may have doubts from time to time, I have every reason to believe that Jesus will bear me up as he carries me down that hole to the other side to life.

Some friends of mine and I have spoken of the rabbit hole of race relations. I have often experienced vertigo when trying to address power dynamics involving “majority” and “minority” cultures, for lack of better terminology. So often, I don’t realize my privileged status as a white man in the United States and the American church and what that so often entails for minorities. When I do catch a glimpse of it, it can get overwhelming. I feel like I am falling with no end in sight. Just think how minority populations must feel so much of the time!

I should never think of emptying myself like Jesus did of his privileged status to save people. I can’t empty myself, when I am already empty. Nor can I save anyone, including my white self, no matter how privileged I might appear to be! But I still must come to terms with negative power dynamics that exclude people of minority status and deal with the void in my life and culture that keeps all of us from flourishing together as equals. Only as Jesus fills that void in my soul with his loving presence can I keep going. But I also need others. Jesus made it so. He is the head of the body made up of legs and hands and shoulders. He may have you and others like you to be my shoulders and for me to serve you in similar fashion from time to time.

Recently, I was part of a forum where someone spoke prophetically of the need for white Christian men to lay it down and divest themselves of power trips that exclude others. I wholeheartedly agreed with what was said. And yet, the talk left me feeling isolated and alone. What if other white men don’t join me in laying it down for the sake of greater inclusivity in Christ’s body? What if those of minority status use my vulnerable position to gain mastery of me and cast me further down the hole that I have made for myself?

A Micronesian friend of mine who has every reason to desire my privileged demise encouraged me later. While he agreed that the dominant culture involving white men like me needs to take the first step in any given context and take the plunge, he said that he must join me as my brother in going down that rabbit hole of racial tension. Loving mutuality is essential. Without encouragement, I will never have the courage to lay it down. I need my Micronesian and African American and other friends of diverse ethnicity to help me lay it down and share life with me as equals. Jesus alone can bear our sin. But he works through us to bear one another’s burdens along the way.

August 11, 2014 The Holy of Holies
Recent Comments
0 | Leave a Comment
Browse Our Archives
get the latest from
Uncommon God, Common Good
Sign up for our newsletter
POPULAR AT PATHEOS Evangelical
1 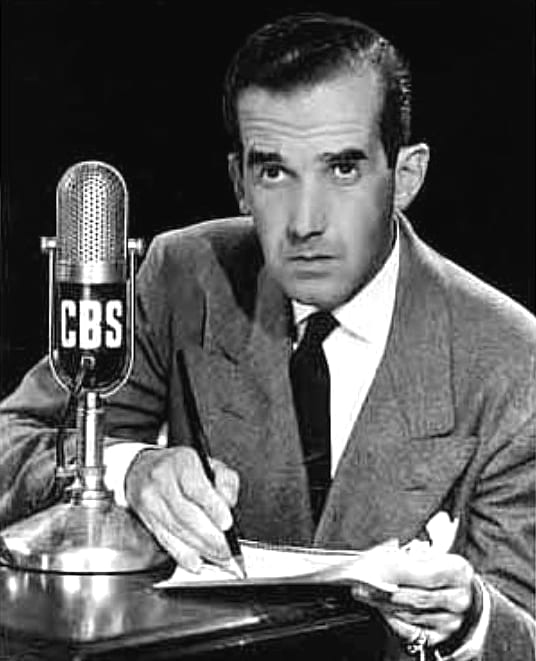