The Qur’an & the Problem of Evil: “A Mother Lode of Bad Ideas”? 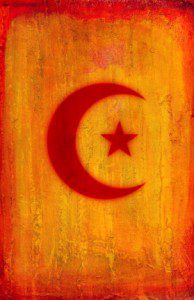 Ben Affleck recently engaged in a heated exchange with Bill Maher and Sam Harris on “Real Time.” The heated exchange was the result of Maher and Harris’ harsh, sweeping criticisms of Islam, including Harris’s statement that Islam is a “mother lode of bad ideas” (See here the video of the exchange). Beyond the debate’s appeal given their celebrity status and subject matter, some have found it striking that it is figures like Maher and Harris that are launching such criticisms. One well-known imam in America, Suhaib Webb, sounds an alarm: Muslims need to change people’s image of them in American society.

…when even avowed liberals like Maher and Harris lash out against Islam, Webb said, then it’s time to worry.

“The last bastion of support we’ll find in this country are among the liberals and some moderately conservative people,” Webb said.

“What happened on that show that night was to challenge that community and its traditional support of religious minorities in this country, and if we don’t think that’s something we should be worried about, then basically we are building our own coffins” (Refer here to an article regarding this issue).

Perhaps so. But still, we must ask what qualifies as a “mother lode of bad ideas”? I can certainly appreciate the growing concern over ISIS and other such extremist groups. By no means must they be taken lightly. Still, most every major tradition has been guilty of negative actions and associations, including charges like “mother lode of bad ideas.” Even atheism could fit the designation if one has in mind figures like Joseph Stalin and Mao Zedong. Their horrific destruction of human life was and is staggering and defies reason and decency.

Having said all this, not all discussions of bad ideas are bad. In fact, some of them are quite good. For example, it is important that we all have a realistic view of human nature’s problematic frailties and dangers. Otherwise, we will always be taken aback and ill-prepared when groups like ISIS arise; we must also be attentive to how we ourselves could easily engage in heinous activities given the ‘right’ circumstances. None of us are immune to committing gross evil.

Muslims speak of the severe internal struggle with sin. Still, unlike orthodox Christianity and its doctrine of original sin, the Qur’an does not teach that evil is a quality that is innate to humanity in what Christians often refer to as our post-fallen state: “‘Evil’ is not a quality that inheres in human beings; it is the consequence of actions taken in pursuit of particular desires.”[1] “Muslim thinkers have posited the existence of an ‘inner nature’ (fitra) inclined toward God. …, human beings also possess an appetitive dimension (nafs) that may lead an individual astray from the path of God.”[2] Still, humans can resist such desires in their pursuit of human perfectibility. Take for example the following text from the Qur’an:

When the Greatest Catastrophe befalls,
the day when man will remember his endeavours,
and hell is brought into view for one who sees,
as for him who was rebellious
and preferred the life of this world,
his refuge will indeed be hell.
But as for him who is awed to stand before his Lord
and forbids the soul from [following] desire,
his refuge will indeed be paradise
(Qur’an 79:34-41).

As noted in this quotation, the righteous resist those desires that would lead them away from the pursuit of God. One must also account for one’s environment or circumstances which often shape our responses. But human choices and circumstances do not determine the outcome. Rather, it is the will of God. Allah provides the necessary guidance for whomever he wishes to help:

Mankind were a single community; then Allah sent the prophets as bearers of good news and as warners, and He sent down with them the Book with the truth, that it may judge between the people concerning that about which they differed, and none differed in it except those who had been given it, after the manifest proofs had come to them, out of envy among themselves. Then Allah guided those who had faith to the truth of what they differed in, by His will, and Allah guides whomever He wishes to a straight path (Qur’an 2:213).

Still, from St. Paul’s vantage point, this take on evil is not sufficiently bad. Guidance is not enough. For as the Bible states, “None is righteous, no, not one; no one understands; no one seeks for God. All have turned aside; together they have become worthless; no one does good, not even one” (Romans 3:10b-12; ESV). Intervention and transformation of our human hearts and lives are alone sufficient through trust in the finished work of Jesus Christ on the cross and through his resurrection from the dead (Romans 3:23-26; Romans 6:23; Romans 10:9-10). We are all in desperate need of God’s transforming work in Christ through his Spirit every moment of our lives. Only as a result of his all-sufficient work can we truly experience the salvation of God’s grace and forgiveness.

I can understand why Muslims would reject Jesus as God. Take for example the following lines from the Qur’an:

They are certainly faithless who say, ‘Allah is the Messiah, son of Mary.’ But the Messiah had said, ‘O Children of Israel! Worship Allah, my Lord and your Lord. Indeed whoever ascribes partners to Allah, Allah shall forbid him [entry into] paradise, and his refuge shall be the Fire, and the wrongdoers will not have any helpers.’ (Qur’an 5:72)

One would only sense the need to believe in Jesus as God, if one were convinced there was nothing one could do to contribute to one’s “salvation.” Islam teaches that salvation comes through “individual emulation of prophetic example: conforming one’s behavior to the sunnah, or practice of the prophets.”[3]

My issue with Maher and Harris’ remarks noted earlier goes beyond Affleck’s rebuttal concerning their sweeping judgment of all Islam. It is that they fail to sweep all of us up under judgment, themselves included. We may not engage in acts of extreme brutality like ISIS, but we have certainly engaged in thinking out a “mother lode of bad ideas” concerning others. For, according to Jesus, “… out of the heart come evil thoughts, murder, adultery, sexual immorality, theft, false witness, slander” (Matthew 15:19; ESV). God will judge the intentions of our hearts, not just our actions. If only we were more out in the open about our human condition on “real time” in real life.

October 20, 2014
Missing Links: On Faith and Science
Next Post 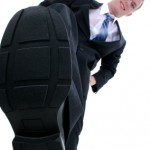 October 29, 2014 Tree Huggers and Puppy Kickers
Recent Comments
0 | Leave a Comment
"Let's not erase our history!https://uploads.disquscdn.c..."
Robert Conner What Does the Future Hold? Being ..."
"" Consider Colossians with gnostic spirituality involving secret knowledge and accompanying abuse in the life ..."
Christiane Smith QAnon, Evangelicals and Conspiracy Theories: What’s ..."
"Biden will not be better.Biden is for infanticide.But if God/Jesus allows Biden to become president ..."
D.M.S. Jesus, Buddha, and the Impeachment of ..."
"Yes"
Marcus Jesus, Buddha, and the Impeachment of ..."
Browse Our Archives
get the latest from
Uncommon God, Common Good
Sign up for our newsletter
POPULAR AT PATHEOS Evangelical
1