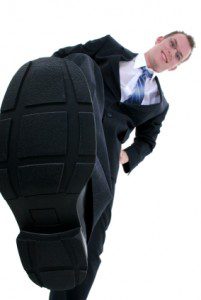 An Evangelical Environmentalist is not an oxymoron. He happens to be a dear friend of mine named Peter Illyn. His cogent Christian convictions shape his environmentalist positions at every turn and are embodied in his work at Restoring Eden. Still, a Christian once asked him suspiciously, “Are you a tree hugger?” Peter responded: “I would rather be a tree hugger than a puppy kicker.” One Christian retorted when he heard this claim, “I’m a puppy kicker.”

How could any Christian self-identify as a puppy kicker? Perhaps the notion of hugging trees comes across as a bit too much to such a Christian. Maybe such an individual fears that care for the creation involves disregard for humanity. After all, Genesis 1 makes clear that humanity is the pinnacle of creation as being made in the image of God (Genesis 1:26-27). Even so, humanity does not stand before God in isolation. Our very being is bound up with the rest of the creation: we have come from the dust of the earth and to the dust we return (Genesis 2:7; 3:19). Still, one might reply that we can do what we want with the creation, since humans have been given dominion. Such thinking does not account for the fact that the creation ultimately belongs to God; we are merely stewards. Humanity has dominion in the creation (Genesis 1:28), but God alone has dominion over it.[1] God ultimately exercises such dominion through Jesus Christ, who is the image or exact representation of God (Hebrews 1:3) and the image of humanity (Colossians 1:15). Some early church theologians claimed (rightly) that Jesus is the high priest of the entire creation, which he reconciled to God through his atoning life; he signifies such mediation of the entire creation through the use of the creaturely elements of bread and wine in the Lord’s Supper. As a result of Jesus—the incarnate Word, the whole creation waits, longing for the redemption of humanity (See Romans 8:18-25). The creation matters to the God who became matter as the incarnate One (John 1:14).

What does all this mean? It certainly means that we should not be mean-spirited or calloused toward the ill-treatment of the non-human creation. As one of my friends has remarked, just because we don’t hug trees shouldn’t mean that we kick puppies, or even cats, for that matter. Having said this, what does all this mean for the end times, the poor, and evangelism? Let’s take each item in turn, albeit briefly. After all, this is only a blog post, and I must be concerned for hot air emissions flowing from my mouth, my brain, and our computer screens. Thus, I need to steward well my words with frugality. 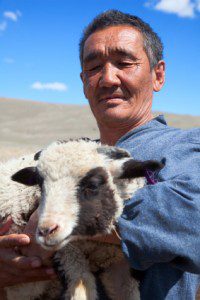 I have heard some Christians say we don’t need to care for the creation since it is all going to burn in the end anyway. Even if it does burn—and possibly us with it, we should still care for the creation as God calls us to be faithful stewards of what he has given us until we stand before him face to face. Other Christians have said in my hearing that we should care for the poor, and not get sidetracked by caring for animals, water, and plants. They fail to see that it is not an either/or matter: all too often, it is the poor who suffer the most from environmental pollution; the rich and people of middle class means have the resources to live in places more or less pristine and can purchase bottled water, among other things. The poor often have far limited access. Lastly, some Christians have said that care for the creation displaces care for evangelism and discipleship. This is not the case in my experience. Often those who are environmentally conscious express angst over Christians who do not appear environmentally conscious, as if the good news of Jesus does not entail good news for what Christians call the creation. When such is the case, Christians like myself become stumbling blocks to them.

Where does this take us? Whether or not you and I end up hugging trees, the Bible leads us away from such practices as puppy kicking, away from the inhumane treatment of animals raised for food, and away from cruelty toward animals for sport, as with Pit Bull fighting. None of these remarks are intended as fighting words, but words about faithful stewardship bound up with the Bible. I have a long way to go with caring for the creation to show my love for the Creator—and for you and the rest of the creation. How I use soap and paper and how much food I eat and throw away has a bearing on this discussion, too. How about you?

I am grateful that the Evangelical Channel at Patheos is speaking out on behalf of animal welfare. You can find important resources on this subject at Evangelicals on Animal Welfare.

Other posts I have written on related subjects include:

[1]Karl Barth writes of humanity’s relation to the beasts in Genesis 1: “Man is not their Creator; hence he cannot be their absolute lord, a second God. In his dignity and position he can only be God’s creaturely witness and representative to them.” Karl Barth, Church Dogmatics, Vol. III/2, The Doctrine of Creation, ed. G. W. Bromiley and T. F. Torrance (Edinburgh: T. & T. Clark, 1960), page 187. 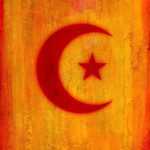 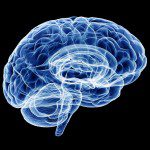 November 3, 2014 Fears of Science and the Church: Are They All in the Head?
Recent Comments
0 | Leave a Comment
Browse Our Archives
get the latest from
Uncommon God, Common Good
Sign up for our newsletter
POPULAR AT PATHEOS Evangelical
1

Loyalty and Faith
Proverbs 16:6 Guilt is wiped out by loyalty and faith, and the...
view all Evangelical blogs
What Are Your Thoughts?leave a comment
Copyright 2008-2020, Patheos. All rights reserved.