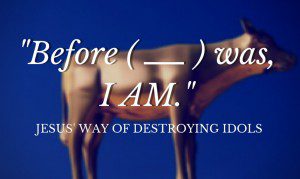 Not many of us are fixated with Abraham or allegiance to Israel. Jesus’ audience in John 8 was. In John 8, Jesus challenges those who had believed in his message to move beyond accepting his word as true to accepting him as the Truth (John 8:31-38). They placed him in the company of Abraham, but they did not see him as greater than Abraham (John 8:31-59). Jesus told them that Abraham longed to see his day and was glad that it had finally arrived (John 8:56). As the father of faith and the nation of Israel, Abraham was rightly held in great honor. The problem was not Abraham, but the people’s fashioning of Abraham as an idol. Jesus destroyed their Abraham idol.

Jesus’ claims were staggering by most standards: “Before Abraham was, I AM” (John 8:58). They realized he was claiming to be the God who appeared to Moses in the burning bush in Exodus 3. Many people in Jesus’ day viewed Jesus as a blasphemer who made himself into an idol. As a result, they took up stones to stone him (John 8:59). If Jesus were like us, he would have probably been content with getting people to believe he spoke truth. Fortunately, for us, he is not like us. Fortunately for us, he does not ever allow people to get away with mere intellectual assent to his teaching. Jesus knows full well that he alone can deliver us from spiritual bondage that goes to the depths of our being. No wonder Jesus always goes for the heart.

Take, for example, Jesus’ statement in John 8 that if they held to his teaching (not simply assent to its propositions), they would truly be free (John 8:33, cf. 8:36). That statement irked them, just as he intended. They believed they were free (in fact, had never been enslaved to anyone—not even the Romans under whom they were then subservient), and not in desperate need of his deliverance. The same is true of those of us today who try and make space for Jesus, find him tolerable and palatable, and believe he sets a good example to follow in many areas of life. We like to have our Jesus cake and eat it, too. But we fail to realize that when we consume him, he will consume us. He is not some messianic consumer brand that competes in the religious market; nor will he allow us to purchase, use and return him to receive a full refund. No, we will need to account for our purchases and bondage to religious consumer debt.

Idols take many forms. I don’t find too many people in my circles fixated with Abraham and the nation of Israel. For example, I struggle with the idol of professionalism and career. I can easily try and commodify Jesus to leverage him for my career, whereas I should pray that God would leverage me and my career for him. What do you struggle with? American nationalism? Career? Family? Money? Fame? Reason? Power? Health? Comfort? Experience and Benefits? Know this: Jesus will not allow us to leverage him for our various idols, including our experience and benefits of him. We can never control him, no matter how hard we try. No wonder we get so upset with Jesus. He will not let us play God for very long. He says to us what he said to those who believed in his message in John 8: “Before (____) was, I AM.” Just fill in the blank. “Before American nationalism was, I AM.” “Before your career was, I AM.” “Before your family or money or fame or reason or power or health or comfort or the experience and benefits package of Jesus was, I AM.” Try as we might to stone him when his words get under our skin to our hearts, we will miss him every time (John 8:59). In the end, our various air strikes against him will end up backfiring. But Jesus’ word never misses our hearts.

I address this theme at greater length in my volume, The Gospel of John: When Love Comes to Town (Donwers Grove: InterVarsity Press, 2009), pages 116-122. The essay in which the discussion appears there is titled “False Redemption.” 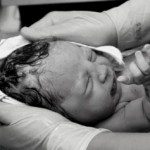 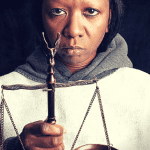