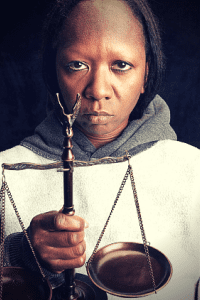 I spoke on this subject yesterday in my contemporary theology and ethics class at Multnomah Biblical Seminary, where I teach. I reflected on this theme against the backdrop of yesterday’s class session featuring Dr. Martin Luther King and his prophetic reflections on the Vietnam War and the impending decision by the Grand Jury in the Michael Brown case.

Dr. King spoke of the “triple evils of racism, economic exploitation, and militarism” (note: his “triple evils” were very different from President George W. Bush’s “axis of evil” of North Korea, Iraq, and Iran). King also spoke of the need to move from a society of things to persons, where everyone here and abroad is treated as equal. We need to hear King’s words again and again and again. They never lose their relevance, including today in Ferguson, Missouri, Portland, Oregon, and wherever else we are.

Many people wonder how much black lives matter against the backdrop of the Grand Jury decision in St. Louis not to indict Police Officer Darren Wilson. I must confess that while I don’t have all the information available to the Grand Jury, I am shocked that Officer Wilson was not charged on any of the possible counts (involuntary manslaughter, voluntary manslaughter, second-degree murder, and first-degree murder). Still, even though the Grand Jury decision has been reached, the effects of that fatal and tragic shooting are far reaching; the Michael Brown saga is not over legally and culturally.

What’s next? CNN addressed the legal implications and what will likely ensue now that the Grand Jury has ruled. Lawsuits and further trials await the legal system. What awaits us as the American people? Hopefully, it is not indifference and apathy. Hopefully, we do not screen out the laments after the decision as white noise or black noise on the radio or TV screen. The noise we hear from Ferguson is the noise of everyone’s heart cry to be loved and treated as equal. King understood and claimed in his “Letter from a Birmingham Jail” that “Injustice anywhere is a threat to justice everywhere.” He also understood all too well that if black lives don’t matter, no one’s life matters in a culture where all too often things trump persons, and where we commodify persons as things.

Churches, especially those seeking to be multi-ethnic, cannot hide from these issues. They must address them. Otherwise, it is quite likely that “multi-ethnic” for them is more like some commodity, an advertisement, or brand, to gain more religious customers. How should the American church respond? Here we can learn from the words of the Evangelical Covenant Church’s President Gary Walter in his pastoral letter to the denomination’s churches on the situation in Ferguson: pray fervently (for me, this would include praying for the Brown family, for Officer Wilson and his family, the police force in Ferguson and the community at large), ask open questions, listen attentively to people’s answers, and stay engaged in the pursuit of justice.

What else should we do? We need to take seriously and embrace the fears of many African Americans that African American men are endangered in America. Here I go back to a blog post I wrote from Japan this summer after the news of the shooting reached me (“Thoughts on Diversity in Japan and the United States”). There I drew attention to Spike Lee’s words in his interview with Anderson Cooper. I agreed with Lee’s claims, which I reiterated: “There is a war on black men pertaining to such issues as the educational system, prison system, and many young African American men growing up without hope; the problem does not simply revolve around fatal shootings. The likes of LeBron James, Oprah Winfrey, Michael Jordan and other African American celebrities are the exceptions; in Lee’s estimation, the black underclass is growing on a daily basis.” In speaking with an African American pastor this morning, I shared in his grief and fear that African Americans as a whole are an endangered community. Regardless of the presumed rightness or wrongness of the Grand Jury decision in St. Louis yesterday, many of the structures and events surrounding the Michael Brown case only add to this grief and sense of alarm.

To those of us who are white, if we do not advocate for effective changes along these lines as it bears on African Americans, who is to say that people of other demographics should advocate for you and me when we experience the perceived or real threat of injustice personally and structurally? If, in the end, African Americans are not ends in themselves, but means to an end of entertainment or employment, what ultimate meaning do any of us have? We are no different than them; so, why wouldn’t what happens to them happen to any of us of whatever ethnic heritage? What comes around goes around.

In closing, I draw attention to Pastor Martin Niemöller’s words in response to the church’s indifference to the Nazi menace during Hitler’s reign of terror. While I am not implying that the two contexts are parallel, indifference in the face of a people’s presumed or real plight in a given situation along with the aftereffects for everyone is: 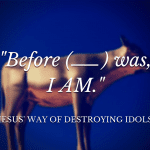 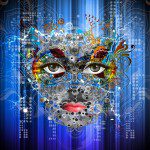 November 29, 2014 How Should We Live If Humanity Is the “Biological Boot Loader for Digital Superintelligence”?
Recent Comments
0 | Leave a Comment
"I don't know if anyone has mapped the mental road to tenderness that comes with ..."
jekylldoc Raw Faith, Vulnerable Deity: Finding Comfort ..."
"The American Church is wrought with people who are not smoking what they are selling. ..."
Hayden Mounce Are You Smoking What You’re Selling?
"This was a very interesting post to read. I have my own issues with Christian ..."
Hayden Mounce I Can’t Wait for Christian America ..."
"Going back to my comment on “How Relational is Your Worldview,” my assumptions based on ..."
Hayden Mounce Why Is the West the Best?
Browse Our Archives
get the latest from
Uncommon God, Common Good
Sign up for our newsletter
POPULAR AT PATHEOS Evangelical
1