Mandate Vaccinations for Poor Communication and Fear of the Unknown

Key to public health is healthy communication. Constant communication helps dispel fears. Lack of communication and knowledge lead to mistrust. It is important to answer objections in clear, patient terms on a consistent basis.

A topic requiring consistent communication is vaccinations. As the measles outbreak grows, the majority of Americans want parents to be obligated to vaccinate their healthy children from preventable diseases, according to a recent poll (See here). But what do you do with those who are fearful about vaccinations or reluctant to receive them? Keep them from the public? Does one simply ignore people’s fears and concerns, or seek to address them, as this CNN report does? (Refer to this account of vaccine myths).

Concerns and fears pertain to such domains as religion, race and individual rights, including some people’s preference for alternative medicines in states like Oregon. According to The College of Physicians of Philadelphia, “Divergent cultural perspectives and opinions toward vaccination, including libertarian and religious objections, as well as vaccine suspicions, signal the need for continued communication and collaboration between medical and public health officials and the public regarding acceptable and effective immunization policies.” This group of physicians also claims, “Good public health policies balance both individual rights and community needs. Therefore, public health officials must recognize and respect diverse social and cultural perspectives toward immunization policies, to help support their success and acceptance.” It is important that medical professionals, public health officials and religious leaders work together to engage fears as well as faith perspectives. It is also important that these professionals and officials work with leaders of diverse ethnic communities to cultivate sensitivity and build trust. Based on the “Tuskegee Study of Untreated Syphilis in the Negro Male” (Go to this link for information on the study), many in the African American community have suspicions of governmental interventions, including in instances of vaccinations.* Tuskegee contributes to mistrust, but other factors of discrimination also play a strong part.

Having spoken of the need for collaboration on vaccinations involving medical professionals, health officials and leaders of various communities, we need to ask what individuals can do in working through these challenging issues with apprehensive family members. Here is what a friend of mine, John Lussier, has to say about the matter:

Fear of something sometimes causes us to withdraw from it. But in doing so the thing we fear becomes unknowable. The unknown can quickly devolve into a monster of sorts, and you can’t fight a monster. I see this reality in the ongoing debate over vaccinations. An increase in autism over the last several decades has made a lot of parents fearful. There are concerns that vaccinations might somehow be involved. Parents have begun to opt their children out of vaccinations for fear of somehow causing autism in their child. As a young teen I can remember my parents choosing not to have my young sister vaccinated because of this and other fears of negative side effects. We fear something, and so we withdraw from it. But in doing so we make the thing feared unknowable, and sometimes a monster. What if instead of causing my parents to withdraw, this fear of vaccination had made my parents more inquisitive? Of course, they had the best in mind for my sister, but in withdrawing they could no longer gain understanding, or, if necessary, fight the monster. My own search to know has made me sure of what I will do: have my kids vaccinated. Of course. in the end I might be wrong to do so. There might be some kind of unknown and unforeseeable health risk that comes with vaccinations, but I can’t allow that fear of the unknown to keep me from acting on what I believe to be true now given all the information available to us. We have to be open and responsive to something in order to know it well. We have to be willing to let it change us, or us it.

John encourages us to make our judgments based on the information we have to hand rather than “what ifs” bound up with future unknowns. At times, we may need to challenge attempts at intervention, but only if we have come to a reasoned conclusion based on the best findings available to us at a given time. That is why everyone needs to be involved in keeping lines of communication open. Open communication is a form of public health.

A part of this fear problem is that very few people of child-bearing age have ever seen the tragic effects of many infectious diseases for which we immunize. Robert Potter, a physician-ethicist, reminds us that immunization carries only slight risk and non-immunization carries larger risk. “What is the serious risk to the child who receives an immunization? Practically zero. The autism risk has been scientifically disproven, and ought to be dismissed from the argument. What are the risks to the child who is not immunized? This is a very complex question, but some statistics are clear and convincing. The Center for Disease Control report that for every 1,000 cases of measles between 1 and 2 persons die. Vaccines are safe, diseases are not.” We all hope children never need to know experientially the tragic effects of infectious diseases. For them to remain ignorant in terms of its negative impact on their lives, all people of child-bearing age need to move beyond unreasonable fears and know the facts.

The matter is not isolated to vaccinations. We also need to be immunized as a society from fear of the unknown and unreasonable fears in search of knowledge in other spheres, including our various relationships. We need to move beyond blind faith to faith that is embodied in our engagement of others. John Lussier brings his Christian faith to bear on the matter when he writes,

Really, we must love the monster to know it. In love, this something becomes known and appreciated, where it can change us or we can change it. You can’t change something you don’t know. The supreme witness of this reality is Christ. He took on flesh, out of love, to know humanity and thereby save us. Christ’s loving curiosity has saved us from the alienation of being unknown by God. “But now that you know God—or rather are known by God…” May we who are known by God be secure enough to love the monsters in our midst, to explore the unknown, and “to be with” in order to know.

*These studies are set forth in the report by The College of Physicians of Philadelphia: Gamble VN, “Under the shadow of Tuskegee: African Americans and health care,” in the American Journal of Public Health, 1997, 87: 1773-1778; Freimuth VS, Quinn SC, Thomas SB, Colea G, Zook E, Duncan T., “African Americans’ views on research and the Tuskegee syphilis study,” in Social Science & Medicine, 2001, 52: 797-808; Moutsiakis DL, Chin NP, “Why blacks do not take part in HIV vaccine trials,” in the Journal of the National Medical Association, 2007; 99:254-257; Newman PA, Naihua D, Roberts KJ, et al., “HIV vaccine trial participation among ethnic minority communities: Barriers, motivators, and implications for recruitment,” in the Journal of Acquired Immune Deficiency Syndromes, 2006; 41:210-217. 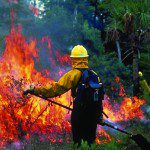 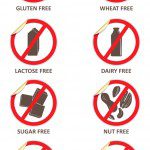 March 3, 2015 Gluten Free—No Laughing Matter
Recent Comments
0 | Leave a Comment
"yes, not sure what your point is, but all men will give an account for ..."
fed up White Privilege: Where Do We Go ..."
"And that pendulum will swing both ways."
theresa perry White Privilege: Where Do We Go ..."
"All dates matter."
John (not McCain) Post 9/11: Christian Nationalism, the Global ..."
"A real conspiracy is generally a small group of people plotting to achieve a specific ..."
Bernard Dainton Conspiracy Theories: In Pursuit of Truth
Browse Our Archives
get the latest from
Uncommon God, Common Good
Sign up for our newsletter
POPULAR AT PATHEOS Evangelical
1