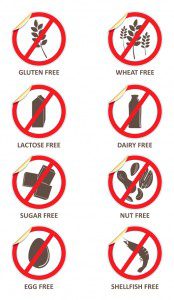 For some, going “gluten free” is hip. For others, it affects the size of their hips and the state of their health. Regarding the latter group, “gluten free” is no cool thing or laughing matter, even though many discount it as a fad or make fun of those with such dietary restrictions.

“Gluten free” can function as a fad, which reduces it to an object of humor for some people. Consider Jimmy Kimmel’s comparison of gluten to Satanism for people in Los Angeles and his show’s brief feature of pedestrians claiming to be “gluten free,” but not knowing what gluten is (See “Pedestrian Question—What Is Gluten?”). Another example of Hollywood making light of “gluten free” is found in the Super Bowl commercial for the NBC show, NASCAR. Even so, this dietary restriction is no laughing matter.

It is hard to believe that some people ridicule individuals with “gluten free” diets and those with other dietary restrictions. Folks with such dietary restrictions often become the objects of bullying, as “Food Allergy Bullying: What You Can Do” documents. The article claims, “Studies show that children with food allergies are twice as likely to be bullied compared to non-allergic children. Research also suggests that approximately one-third of food-allergic children have been bullied specifically because of their allergies.”

The issue I am reflecting upon is not esoteric, but very existential. Take for example my friend Samantha’s story:

I used to be one of those people that criticized others about their ‘trendy’ eating habits. I perceived others’ choices to eat organic, avoid GMO foods, or raise concerns over chemicals and pesticides as arbitrary, an overreaction to media hype. However, I am now one of ‘those people’ because my health depends on it. Last year I was diagnosed with Celiac disease and several other autoimmune disorders. For my family and me, the diagnosis was a God-send. I had spent the previous 10 years of my life battling a mysterious and debilitating illness that countless doctors and tests could not diagnose. Now, as a Celiac I have to avoid gluten like the plague. To control my other autoimmune symptoms, I try to eat organic, free-range, and non-GMO food as much as possible. I am mindful of chemicals and pesticides, and avoid processed foods and other common food allergens like dairy and soy. None of these choices are convenient; in fact the time and money it takes to eat this way can be very burdensome. But for my husband and me, it’s simple – it’s worth it to be able to live a healthy life.

One thing that I have come to learn through my experience is that everyone has a story; everyone has a reason why they choose to live their lives the way that they do and we should respect that even if we don’t understand or agree. Not everyone who chooses a diet like mine does so out of medical necessity, but each person does have a reason. For some individuals, it’s an ethical or religious issue. For others, it’s a way to manage their weight. For others, following a certain diet just makes them feel healthier. Like any other issue in life, there is no size fits all solution to food; what works for you doesn’t work for someone else. Therefore, we need to approach others’ food choices in an open and understanding manner. We need to be willing to listen to their unique stories, empathize with their hurts and needs, and respect their choices.

At the upcoming conference, “Food Fight—A Civil Dialogue over Our Daily Bread,” we will take time to sit down to listen to persons like Samantha rather than laugh at them or bully others based on their dietary preferences and restrictions. The table of open, trustworthy discussion will be set. We hope you will join us. 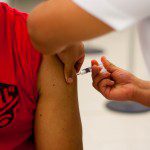 February 27, 2015
Mandate Vaccinations for Poor Communication and Fear of the Unknown
Next Post 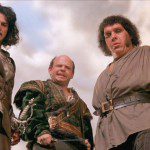 March 6, 2015 Life Does Not Mean What I Thought It Means (Because I Have Never Watched Princess Bride)
Recent Comments
0 | Leave a Comment
Browse Our Archives
get the latest from
Uncommon God, Common Good
Sign up for our newsletter
POPULAR AT PATHEOS Evangelical
1