Millennial-Minded Churches: Not So Fast—Know Why We’re Fasting at Lent

Millennials are often viewed as that generation that came into adulthood around the turn of the twenty-first century (See this description of Millennials). They are also into previous millenniums, when it comes to an affirmation (albeit eclectic) of tradition (Refer to this article in U.S. News & World Report on Millennials and religious tradition) and embodied, tactile spirituality involving the various senses. In particular, I have in mind Evangelical Protestant Millennials. As a recent Oregonian article notes, interest in such rituals as Lent is generally stable among Catholic Millennials, who grew up in liturgical traditions; however, those Millennials who grew up in mainstream Evangelical churches where such rituals were largely absent are relatively new practitioners. I find such engagement a welcome development.

As a result of these findings, many churches that had neutralized sacred space and had downplayed ritual in order to reach a generation uncomfortable with traditional imagery might choose to reincorporate them in seeking to reach Millennials. Not so fast. There is a lot of homework for churches to do before they launch initiatives for interior redesign and ‘rebranding.’

According to Barna, there is some “cognitive dissonance” among Millennials. In a piece on the designing of sacred space with Millennials in mind, Barna reports, “Many of them aspire to a more traditional church experience, in a beautiful building steeped in history and religious symbolism, but they are more at ease in a modern space that feels more familiar than mysterious.” The Pew Research Center also notes how Millennials are less religious and in other ways as religious as older generations in their beliefs and practices. Their stance on matters of faith and culture is also quite complex. Thus, it is not so easy to ‘target’ them.

The challenge of ‘targeting’ and recruiting Millennials is all the more difficult in that there is a general suspicion of public relations and marketing given that they grew up being bombarded by advertising:

Having grown up being bombarded by advertising, Millennials tend to be skeptical about promotional material of any kind. Whether buying products and services or considering employment, Millennials are more likely to listen to their friends than to be affected by marketing or public relations material. This characteristic makes both conventional marketing and employee recruitment practices often ineffective for Millennials. (See “Millennials”)

So, what are churches to do? Reincorporate rituals and symbols in thoughtful, meaningful ways, not as attractional gimmicks. In what follows, I will unpack this point.

What do I mean by “reincorporate”? As alluded to above, a previous generation of Evangelical churches often removed rituals and symbols and neutralized sacred space in order to connect with those people suspicious of them. I have written on this subject at Leadership Journal in a piece titled “Walls Do Talk: In the Bible, locations and structures mean something. What is your facility saying?”[1] There I stated,

In recent years many congregations have opted for worship spaces that resemble shopping malls. They have neutralized sacred space to avoid intimidating unchurched people. Abandoning stained glass, baptisteries, and Communion tables, they have sought to make people comfortable with familiar theater-like settings. A desire to contextualize the gospel within the local culture is a good thing, but it can cause people to assume the church is a commercial venture.

In the effort to retain and reach Millennials, Evangelical churches need to incorporate rituals and symbols and reinvest in sacred space in a thoughtful manner that resonates with Scripture rather than employ them for consumeristic, attractional purposes. Otherwise, there is no real difference between the commercial venture of a previous generation and our own approach today. The aim should be to cultivate worship that is biblically truthful as well as meaningful to Millennials. Just as the Word of God became flesh to reach people (John 1:14; 1 John 1:1-4), so our engagement of people must be embodied if we wish to engage them holistically. As already noted, ritual is a key dimension of such embodiment among Millennials.

Further to this point on thoughtfulness, it is also important to understand the history and theology surrounding such rituals and practices as Lent (See this article on the history of Lent, Pope Francis’ recent message on Lent, as well as my recent blog post titled “What Did God Give Up for Lent?”). Roman Catholics, Orthodox and Mainline Protestants who have practiced these customs are often surrounded by a liturgy that explains their significance. Certainly, there are contexts where religious adherents in these traditions are not aware of the rationale and may engage in these practices in a rote or even superstitious manner. But we should not discount such rituals simply because of abuse and misuse.

The same goes for those who observe Lent, as if it is the latest religious fad. Some people might practice Lent as part of a new diet regimen, while others might do it because it seems novel and hip. I doubt that others will think so if those experimenting with Lent refuse to bathe and wear sackcloth in public, like adherents in previous generations! (See the Oregonian article noted earlier). In spite of such faulty, faddish reasons, we should not throw out the Lenten baby with the bathwater.

Fasting, and abstinence in other ways, can be good for one’s physical and spiritual health, if done for the right reasons and in moderation. In the end, it is important that churches and Christians know why we are celebrating Lent, and how to go about it, whether or not anyone else resonates with our intentions or practices. That way, we are not guilty of shopping religious wares to sell our souls. Then whether or not we wear sackcloth or refuse to bathe during this season, at least we will be able to live with ourselves, even if no one else can.

[1]See also my chapter “Reordering the Church” in Consuming Jesus: Beyond Race and Class Divisions in a Consumer Church (Grand Rapids: Eerdmans, 2007). 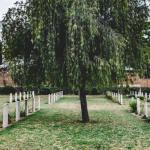 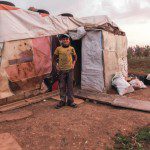 March 28, 2015 Displaced Christians Place Emphasis on Forgiveness and Love
Recent Comments
0 | Leave a Comment
Browse Our Archives
get the latest from
Uncommon God, Common Good
Sign up for our newsletter
POPULAR AT PATHEOS Evangelical
1