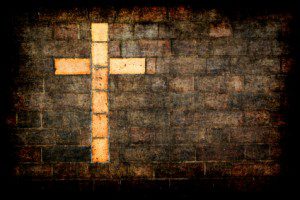 It is not often that people sit down at dinner parties to share their concerns over the state of the church. After some small talk, the conversation quickly went there the other night. He was an older, thoughtful, kind-hearted man, who had been around the Christian block. There was no edge to his remarks, just a dull pain and longing in his heart. Now retired, he had been in the corporate world as an administrator. Among other things, he grieved how in his experience churches compete with one another rather than work together. No doubt, he had seen enough competition in the corporate world, and had hoped it would be different in the church world.

While I have witnessed some beautiful church partnerships in various regions, there is certainly room for a great deal more. The danger exists that the movement of the Spirit turns into a monument filled with religious trappings, trinkets and wares, as the institution displaces our first love, Jesus. I spoke with my conversation partner about a book I was reading by Christoph Friedrich Blumhardt titled Everyone Belongs to God: Discovering the Hidden Christ. Blumhardt’s book reads to me like a spiritual gut check, just like the man’s questions and concerns. It was as if Blumhardt was at the table with us, along with Karl Barth whom he influenced, and Bonhoeffer, whose religionless Christianity in his own letters—Letters and Papers from Prison—sounds similar at points (the foreword to the volume also draws attention to this theme in Bonhoeffer).

The book in question is a series of letters from 100-years-ago by Blumhardt to his missionary son-in-law, but they could have been written today. Pastor, revivalist, evangelist, social reformer and more, Blumhardt cuts to the heart and calls us to radical devotion to Christ in the world. As Barth would write in the afterword to Blumhardt’s book Action in Waiting, “Blumhardt does something very few of us can do: represent God’s cause in the world yet not wage war on the world, love the world and yet be completely faithful to God.”

I shared with my conversation partner some of the impressions I had from reading Blumhardt’s book, including how “religious” leaders like myself all too often put the cart before the horse: the church or denomination or missionary agency or some other religious institution promotes its doctrines and rites and brand in pursuit of success and numbers, and as a result misses Christ. He remains hidden in the world.

Faced with the threat of disillusionment, we must be on guard that we don’t throw out the baby with the bathwater. Christ is not lost. He reveals himself in various fellowships, often very surprising ones, and among people we often discount, just like the religious establishment in Jesus’ day. We must remain attentive to Jesus’ presence among the tax collectors and sinners and among the God-fearing Gentiles, who come to him in true repentance to gain nothing more than him and live in and through him; they are the ones who realize that apart from Jesus we are nothing and can do nothing (John 15:1-8). This is where we find the church hidden and revealed in all of its splendor. Who is Jesus and what is his church? As Bonhoeffer would write much later from a prison cell where he was imprisoned for opposing Hitler and in effect the “German Christians” in his solidarity with the Jewish people in their plight, Jesus is the man for others, and his church is the community for others (Letters and Papers from Prison).

Blumhardt was not a systematic theologian, as evidenced in these letters, but he influenced the great Barth. His radical Christocentrism, emphasis on the victorious love of Christ and how we should no longer look at anyone from a mere human point of view but in view of Christ, critique of the Corpus Christianum (synthesis of church and state), and celebration of Christ hidden and revealed in the secular world are all found in Barth. Blumhardt also calls us to move from pen and paper to flesh and blood to live among the people, especially the orphan, widow, and alien in their distress. His words remind us that we should not simply use words, but preach Christ primarily with our lives; otherwise, our words mean nothing.

My friend at the dinner party may end up reading Blumhardt’s little book. Maybe you will, too. You won’t find there a tight theological system that safeguards all orthodox concerns, as important as they are.* But you will find an orthopraxy (right practice) and orthopathy (right passion) that moves us beyond petty allegiances, vain successes and false dichotomies to see Christ reconciling all things in himself, including people of different denominations and sects, diverse social classes and customs, people inside and outside the church, and word and deed. Jesus is victor. The gospel of his loving kingdom triumphs over all divisions. As Colossians 3:11 quoted at the outset of the book claims, “Here, there is no Gentile or Jew, circumcised or uncircumcised, barbarian, Scythian, slave or free, but Christ is all, and is in all.” (Colossians 3:11)

My conversation partner the other night lives Blumhardt’s book, which is how Blumhardt would want it. The father of one of my most genuine students, he lives a quiet life of influence among the people around him. Not only has he influenced his son, but also he has influenced his son’s friends. One of them told me how he was the dad he never knew. There are other such stories. He and his son Richard are genuine people who long for unity that breaks down petty and self-serving divisions through the gospel of Christ’s kingdom, come what may. Nothing artificial and fabricated, rather something that is very real and special. What you see is what you get. But what you get is a lot, just like this little book by Blumhardt.

_______________
*The introduction includes a statement about the importance of a “patient, generous reading” that should resolve presumed contradictions given Blumhardt’s lack of theological precision. Take for example Blumhardt’s critical reflections on baptism and the effort to turn people into Christians. Such statements do not take away from Blumhardt’s conviction that the practice of baptism is important, and that conversion is needed (See xxii).

July 3, 2015
On Same-Sex Marriage: Beyond the Courtroom and Closet to the Table
Next Post

July 20, 2015 Why I'm Still an Evangelical Christian: Beyond Babylonian Captivities to the Captured Heart
Recent Comments
0 | Leave a Comment
"When I think of “Christian America”, I think of all of modern mediaand hype that ..."
Emily Tubberville I Can’t Wait for Christian America ..."
"I definitely agree with what is being said. I tend to see Christianity as being ..."
Monica Zherebnenko I Can’t Wait for Christian America ..."
"My AP US History teach in high school once told me, history iswritten by the ..."
Emily Tubberville Why Is the West the Best?
"When I read this I think about worship; in my church, in my own life, ..."
Brandon Buck Are You Smoking What You’re Selling?
Browse Our Archives
get the latest from
Uncommon God, Common Good
Sign up for our newsletter
POPULAR AT PATHEOS Evangelical
1