Why I’m Still an Evangelical Christian: Beyond Babylonian Captivities to the Captured Heart

One of the most moving experiences I have had as a Christian was hearing Dr. John M. Perkins share his testimony of faith during his address at Reed College in 2001. If he had given an altar call that evening, this seminary professor would have gone forward. Like John Wesley before me, my heart was strangely warmed. I was a guest in the auditorium that night; I also felt like a strange guest to the kind of Christianity Perkins embodied. In many ways, I still do.

Perkins shared his personal story of how he came to faith in Jesus Christ and what that encounter meant for him as he went back home to Mississippi with his family to engage in Christian community development work. Relocation, reconciliation and redistribution of gifts, talents and resources to address racial divisions and poverty mark Perkins’ values and legacy. Although beaten within an inch of his life by white Mississippi police officers in 1970 for his community development work that sought to improve the conditions of the African American community, they were not able to beat out of this African American Evangelical Christian his vision for holistic Christianity. In fact, it took him deeper into it. As he shared at Reed that evening, God called him through that horrific ordeal to give his life for race reconciliation for all people, and not simply community development for his own people. In unison, those gathered to hear Perkins stood up to give him a two minute standing ovation for his life so-well lived. Whether or not they affirmed his Evangelical Christian faith, they resonated with his integrity of taking his Christian convictions grounded in the Bible and centered in Jesus Christ’s cruciform love all the way to their logical or illogical conclusion.

Along with others at this faith channel, I have been asked to share why I am still an Evangelical Christian. The story above stands out to me as one shining example of what it is that motivates me to remain and cultivate my Evangelical Christian faith. In what follows, I will give some reasons why this is the case.

Perkins’ story of personal faith speaks to multitudes of people of various perspectives. It also reflects his Evangelical Christian heritage. Evangelical Christianity cherishes personal testimony and faith stories of lives transformed by the good news of God’s grace revealed in Jesus Christ (the Evangel). Of course, other traditions love stories, too; yet in Evangelical Christianity, conversion stories play a foundational role in shaping the movement, which spans various Christian faith traditions. In addition to Evangelical denominations and affiliations, you will find evangelically-minded folks in Mainline Protestant, Roman Catholic and other Christian traditions. In the midst of their adherence to the doctrines and liturgies of those faith communities, such individuals highlight their personal testimony and personal relationship with Jesus that does not simply follow the lines of their denominational rites of passage from baptism to confirmation and beyond, and in some cases, challenges church structures that can function impersonally.

Conversion or Conversionism is not the only Evangelical distinctive. The National Association of Evangelicals sets forth historian David Bebbington’s quadrilaterial, which highlights not only Conversionism, but others as well. Here are the four:

Conversionism: the belief that lives need to be transformed through a “born-again” experience and a lifelong process of following Jesus;

Activism: the expression and demonstration of the gospel in missionary and social reform efforts;

Biblicism: a high regard for and obedience to the Bible as the ultimate authority;

Crucicentrism: a stress on the sacrifice of Jesus Christ on the cross as making possible the redemption of humanity.

At its best, Evangelical Christianity, and Protestant Christianity of which it is a part, is a protesting or reforming movement for the whole church. Consider Martin Luther’s “The Babylonian Captivity of the Church.” Such reform is bound up with the conversionist, activist, Biblicist and Crucicentric emphases noted here (See also my post “Evangelicalism: Reframing a Fragmented Movement”). Perkins’ story reflects this overarching orientation. You can find out more about his story and work (including writings) by going to the following site: The John and Vera Mae Perkins Foundation. It is likely the case that the white police officers who beat him were good church goers, who sought to maintain order (the status quo) in their town, which was hard to dismantle. To highlight this point, Perkins has shared elsewhere about two white pastors in this region whom he approached around this time and convinced them of the need for race reconciliation; most grievously, both pastors committed suicide after their white congregations rejected their appeals to cross the tracks and connect with their African American Christian brothers and sisters. These tragedies impressed upon Perkins all the more the need for holistic spiritual transformation.

All too often, the broader public views Evangelical Christianity as a defender of the status quo in the U.S. Some see the movement championing conservative political and economic stances that discount the needs of the orphan, widow and alien in their distress. Fortunately, Perkins is not alone, but has served as a catalyst for the kind of Evangelicalism that challenges the status quo in favor of elevating the status of those on the margins. See for example the recent work of the Evangelical Immigration Table for the kind of initiative that resonates with this orientation. And yet, far more work needs to be done. Take for example the work launched by the likes of William Wilberforce, whose reformation of manners entailed courageous care for destitute women victimized by the sex trade, and whose tireless work to eradicate the slave trade in the British Empire eventually met with success; still, the sex trade and slave trade generally is a thriving illegal global market in the present day that requires dismantling, as do the globalizing forces that wage war against indigenous communities. Evangelical Christianity with its grassroots spiritual fervor that flows from personal encounter with Jesus Christ and which inspires the likes of former slave trader John Newton (author of “Amazing Grace”) can and must make a difference in our day. A movement that at its core levels the playing field in view of everyone being equal at the foot of the cross inspires me.

I am still an Evangelical Christian today because of many influences, including those that seek to free the movement from a Babylonian captivity of free market spirituality bound up with certain church growth forces that capitalize on homogeneity and upward mobility. The triune God calls us to make space for otherness and go downwardly mobile. After all, it is not enough to believe that God is one, but to realize that God’s triunity requires that we eradicate divisions that impact negatively the orphan and widow in their distress (James 2:19; 1:27). What stands in the way of going in God’s direction? At its core, it involves not living in view of our union with the crucified and risen Christ highlighted by the Apostle Paul (See for example Galatians 2:20). As in the case of Paul, whom F. F. Bruce hailed as the “Apostle of the heart set free,” the personal and communal transformation that such cruciform union calls for is nothing short of miraculous; evidence of this transformation bound up with repentance and faith in God’s disclosure of gracious love in various places and lives fills my heart with hope and keeps me going and pressing on as an Evangelical Christian. 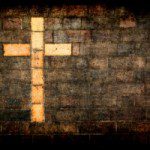 July 27, 2015 I Wish Fox News Could Have Been at the Muslim Wedding Celebration We Attended Friday.
Recent Comments
0 | Leave a Comment
"“Cash smoked what he was selling,” the student remarked to Dr. Metzger. Johnny Cash was ..."
Gabriel Wallis Are You Smoking What You’re Selling?
"As the first reason for Dr. Metzger’s response why he cannot wait for Christian America ..."
Gabriel Wallis I Can’t Wait for Christian America ..."
"As Chimamanda Ngozi Adichie offered in her TED Talks monologue, an encounter with a variety ..."
Gabriel Wallis Why Is the West the Best?
"This week’s blog post reminds me of when I was in middle school. Manykids I ..."
Emily Tubberville Are You Smoking What You’re Selling?
Browse Our Archives
get the latest from
Uncommon God, Common Good
Sign up for our newsletter
POPULAR AT PATHEOS Evangelical
1