Flat Earths and Flattened People: How Our Pictures of the World Can Hurt Humanity

Flat Earths and Flattened People: How Our Pictures of the World Can Hurt Humanity September 18, 2015 Paul Louis Metzger

The air in the room went flat. A friend of mine challenged me on my particular ethical stance as a Christian based on what he took to be the Christian religion’s retreat in the face of science over the centuries. Just as the church once believed in a flat earth, only to rescind the view later, so the church will eventually come around to retract outdated ethical views of human nature in view of science’s ongoing advance. It was as if he spoke gospel truth given how a few friends listening in readily acknowledged his flat lander claim. What was I to do but ascent to his scholarly opinion?

However, I objected. Whether or not I am wrong on the particular ethical stances I hold as a Christian regarding the status of a human fetus, human sexuality, down syndrome child, end of life care, and the like, the claim that religion always retreats as science advances, or that religion and science are always at war, does not compute.

Take for example the claim that the flat earth theory dominated the Middle Ages (often caricatured as the Dark Ages[1]). For example, it is sometimes claimed that ecclesial flat landers tried to hold the enlightened Columbus back from expanding humanity’s reach. The irony is that this view does not match history. As Jeffrey Burton Russell argues, “… there were no skeptics [of a flat earth]. All educated people throughout Europe knew the earth’s spherical shape and its approximate circumference.”[2] The Oxford and Cambridge medieval and renaissance literature scholar C.S. Lewis maintained “Physically considered, the earth is a globe; all the authors of the High Middle Ages are agreed on this… The implications of a spherical earth were fully grasped.”[3] The view that the Flat Earth fiction dominated the Middle Ages emerged in the 19th century in the works of Washington Irving and Antoinne-Jean Letronne.[4]

Certainly, many held to a geocentric view of the universe in the Middle Ages, but the view of a flat earth was discounted in large part. The two views (geocentric and flat earth) are not the same; nor do they entail one another.

People often wield this faulty historiography against Christians so as to discount Christian ideas of human value; such moves distort and flatten the Christian perspective on humanity, treating it as profane. But what really is profane? I wonder if the radical secularistic move to remove God or the Transcendent (however it is conceived) completely from consideration of nature leads to a factual realm devoid of human value. Would not a universe void of the sacred be the truly profane position, which ultimately flattens humanity? Such flattening would make it impossible to take up Martin Luther King, Jr’s clarion call to move from a dehumanizing culture that covets things to one that celebrates persons.[5]

[1]See James Hannam’s discussion of Voltaire and other philosophes in France in the eighteenth century. Hannam claims they set forth a distorted, negative projection of the church as superstitious, backward, irrational, and averse to scientific advances. John William Draper and Thomas Huxley, as well as Andrew Dickson White, presented the same basic historiography in the English speaking world in the nineteenth century (See for example White’s A History of the Warfare of Science with Theology). James Hannam, The Genesis of Science: How the Christian Middle Ages Launched the Scientific Revolution (Washington, D.C.: Regnery Publishing, Inc., 2011), pages xv-xvi, xx. In response to these and other such claims, Hannam contends “Most significantly, the Middle Ages laid the foundation for the greatest achievement of western civilization: modern science. It is simply untrue to say that there was no science before the ‘Renaissance.’ Once medieval scholars got their hands on the work of the classical Greeks, they developed systems of thought that allowed science to travel much further than it had in the ancient world” (xviii).

[4]See Valerie Strauss “Busting a myth about Columbus and a flat Earth,” The Washington Post, October 10, 2011; https://www.washingtonpost.com/blogs/answer-sheet/post/busting-a-myth-about-columbus-and-a-flat-earth/2011/10/10/gIQAXszQaL_blog.html (accessed on 9/17/2015); see also Derrick Peterson, “Flat Earths And Fake Footnotes: Reconsidering the History of Science and Christianity (Part One),” A Greater Courage; http://agreatercourage.blogspot.com/2015/03/flat-earths-and-fake-footnotes.html; accessed on 9/17/2015). 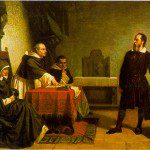 September 14, 2015
The Galileo Affair: Was His Conflict with the Church Really about Science vs. Religion?
Next Post 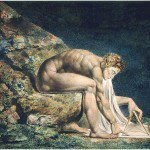 September 22, 2015 Isaac Newton: Was He a Friend or Foe of Religion and Nature?
Recent Comments
0 | Leave a Comment
Browse Our Archives
get the latest from
Uncommon God, Common Good
Sign up for our newsletter
POPULAR AT PATHEOS Evangelical
1

Who Is A "Progressive Christian" and...
Roger E. Olson
Books by This Author Books by Paul Louis Metzger