Isaac Newton: Was He a Friend or Foe of Religion and Nature?

Was Newton a friend or foe of religion? What about nature? Let’s start with religion. I suppose it depends on the meaning of ‘religion.’ From the vantage point of Trinitarian faith, the answer would be “no.” He was vehement in his rejection of the received Trinitarian orthodoxy of his day. Newton’s view of God resembled the ancient heretical doctrine of Arianism with his belief that Jesus was first among created beings, and whom God elevated as his subordinate and mediator to his right hand.[1]

On the other hand, Newton engaged in serious theological study, including natural theology and biblical prophecy.[2] Moreover, while there is debate on the relation of faith and science in Newton’s thought,[3] he saw his scientific work as a support for belief in God. He was also troubled by the deistic turn in his day (including Descartes’ watchmaker deity); Newton believed that God’s removal from the world would potentially give rise to atheism.[4]

It is worth noting at this juncture that the early church fathers would have been horrified by Newton’s mechanistic universe (albeit one that God created and sustained). In spite of mechanism serving as an object of disdain or being ignored throughout much of Christian history, Newton and certain contemporaries embraced it as inherently Christian and championed it in their attempts to ward off atheism.[5] So, depending on how one approaches the matter, Newton was either a friend or foe of religion. From the vantage point of his contemporaries who embraced mechanism, Newton was viewed as a friend of that form of religion that entailed the Creator’s ongoing providential engagement of the cosmic machine, preserving it from decay.

Now let’s turn to the question of whether or not Newton was a friend of nature. To return to Trinitarian orthodoxy, Simon Oliver takes issue with Newton’s religious views’ impact on nature or creation. For Oliver, Newton’s theological convictions made possible his view of nature.[6] In contrast to Aristotle and Aquinas, who conceived nature and human life as moving in a meaningful direction toward their intended telos, Newton’s brand of Arian theology coupled with his voluntarism led to a view of the cosmos that for predecessors like Plato and Aristotle would have involved “aimless ‘wandering.’”[7]

In keeping with Oliver’s analysis, such aimless motion bound up with Newton’s voluntarism, namely, the divine will’s “imposition”[8] on nature, finds a corollary in his Arian Christology. Absolute space displaced Christological mediation in Newton’s scheme. Newton’s rejection of relationality in the Godhead gives rise to a non-relational universe in which there is no meaningful purpose or distinct place for God. What is lost is purposeful motion that emanates from the “motionless motion” of the dynamic relationality of the Father and Son (which to me involves eternal communion in the Spirit). The rejection of Trinitarian relationality, which provides space to the world (as well as purpose) through the mediation of the Son, also results in God collapsing in on the world.

Oliver puts the matter in this way:

While space may not be literally God’s sensory medium, it is difficult to avoid the conclusion that Newton has described a spatial and three-dimensional Godhead. Whereas, for Aquinas, God created and sustains the world through Christ’s emanation from the Father, so for Newton, God creates the world in a co-eternal and uncreated absolute space through the exercise of his will.

Therefore, absolute space coupled with the action of the divine will is the ontological precondition of all being. It is by means of co-eternal and infinite space that God is able to operate and instantiate a material cosmos (Oliver, “Motion According to Aquinas and Newton,” pages 190).

After raising the question of what kind of motion follows from Newton’s voluntarism, Oliver provides an answer to his own question, and writes: “[These motions] can only be the motions of an arbitrary and inscrutable divine will.”  For my purposes, one might summarize by noting that for Newton, the world no longer participates in the revealed mystery of the Trinity through Christ and the Spirit. Oliver continues:

Whereas for Aquinas, the “motionless motion” of the divine emanation was able to provide the ontological basis and goal of all motion, for Newton, who has already discounted the possibility of relationality within the Godhead, motion can only be the effect of the imposition of divine volition. The lack of Trinitarian relationality in Newton’s conception of God means that the universe cannot be thought of as a hierarchy and system of related motions which are images of the divine life, but rather as the actions of one being, God, within absolute space to instantiate a material body, whereupon the created being retains a primitive state of motion which is discrete and self-explanatory. It is therefore not surprising that as Newtonian physics became the basis of enquiry into nature and motion in the decades following Newton’s death, the role of God came to be seen as incidental to any explanation of the cosmos in natural philosophy (Oliver, “Motion According to Aquinas and Newton,” pages 190-191).

If the preceding account is correct, a mechanistic universe impacts negatively our concepts of God,  creation, and how we perceive their interaction. First, it displaces God, or from another angle, God collapses in on nature. Second, as a corollary, it erodes meaning, purpose and relational space for the creation before God.

For Oliver, as well as fellow Trinitarian, Michael J. Buckley, the moral of the story would be to reinvest in Trinitarian thought forms. However, instead of combatting modern atheism’s rise with Trinitarian forms of relationality and mediation, the early modern apologists (not simply the Arian Newton) shot themselves in the foot, so to speak, by emptying their arguments of specifically Christian content. Such content was alone sufficient for waging battle against the impersonal, materialist philosophy.

The remarkable thing is not that [atheists] found theologians and philosophers with whom to battle, but that the theologians themselves had become philosophers in order to enter the match.… The absence of any consideration of Christology is so pervasive throughout serious discussion that it becomes taken for granted, yet it is so stunningly curious that it raises a fundamental issue of the modes of thought: How did the issue of Christianity vs. atheism become purely philosophical? To paraphrase Tertullian: How was it that the only arms to defend the temple were to be found in the Stoa?[9]

Surely, many theologians and philosophers were rightly worried about external threats to theology and the church. However, their worry unfortunately led them to a problematic transformation of their apologetic task: “…one of the many ironies of history,” says Buckley, “is that while the guns of the beleaguered [theologians] were often trained [on outsiders like] Spinoza, the fortress [of the church] was being taken from within.”[10] We need to be on guard against making the same move today.

We also need to be on guard against separating physics and metaphysics (contrary to the post-Kantians in our midst who would divorce the two), though we must not collapse them into one another either, and thereby risk the dissolution of divine and human freedom. Despite what popular physicists like Stephen Hawking, Victor Stenger and Lawrence Krauss might have us believe, seeing the world as a mechanism that is “just there” is not a scientific claim based on neutral tools of inquiry.

For the metaphysically squeamish and suspicious, I am not arguing that Newton’s laws of motion do not work because of Trinitarian relational motifs. Rather, I am arguing that such motifs lead to an expansive rather than reductionistic view of the universe that makes such motion operate in far more meaningful (not aimless) and humane ways. The blind blob of nature is itself a metaphysical intrusion which often arose historically from within theology itself (such as in the works of philosophical and natural theologians Descartes and Newton), and which would later have deleterious consequences as the ideas played themselves out in modern thought.

In sum, not only do our views of nature (physics) and super-nature (metaphysics) impact one another, but also they impact our view of human meaning, value, and ethics. How then shall we think and live?

[3]In addition to Westfall’s essay noted above, see William B. Ashworth, Jr., “Christianity and the Mechanistic Universe,” in David C. Lindberg and Ronald L. Numbers, When Science and Christianity Meet (Chicago: The University of Chicago Press, 2003), page 83. See also Simon Oliver’s discussion of the literature debating their relation in “Motion According to Aquinas and Newton,” in Modern Theology, vol. 17:2 (April 2001): 164-165, 192-193.

[5]See Ashworth’s discussion of the negative response of the early church fathers to mechanism, which they believed led to atheism. (“Christianity and the Mechanistic Universe,” page 84).

[10]Buckley, At the Origins of Modern Atheism, Ibid.  I am grateful for the meaningful dialogue with my colleague Derrick Peterson in the process of editing this post; it was by no means “aimless wandering”!

September 18, 2015
Flat Earths and Flattened People: How Our Pictures of the World Can Hurt Humanity
Next Post 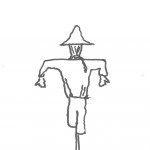 September 23, 2015 “If I Weren’t a Christian, I’d Be a Buddhist”—Beyond Straw Men
Recent Comments
0 | Leave a Comment
"Yes, we all ARE on Life Support. This planet has a system that recycles Oxygen, ..."
Kyllein MacKellerann Don’t Take Anything for Granted. We’re ..."
"LORD Jesus, heal Christopher. Amen."
Herrnhut The Resurrection Is More Than a ..."
"00"
Graeme Cooksley Jesus’ Victory Doesn’t End on Easter. ..."
"This article reminds me with my teacher who tells us (his students) to not smoke ..."
Jason Imanuelle Are You Smoking What You’re Selling?
Browse Our Archives
Related posts from Uncommon God, Common Good