“What is man that you are mindful of him…?” How the Copernican Revolution Promoted Human Value

“What is man that you are mindful of him…?” How the Copernican Revolution Promoted Human Value September 7, 2015 Paul Louis Metzger

It has often been claimed that the Copernican Revolution demoted the cosmos and humanity’s value in the universe at large.[1] The scientific move from a geocentric to heliocentric universe may have dethroned Aristotle’s particular view of the earth’s centrality, but not humanity’s importance in the overarching scheme of things. Paradoxically to how the modern mind often conceives the matter, Aristotle and others following him did not see centrality in the universe as necessarily a positive quality. In Galileo Goes to Jail: And Other Myths About Science and Religion (Harvard University Press, 2009),[2] Dennis R. Danielson’s essay shows how the geocentric universe did not paint the world in the most endearing light, neither for Aristotle, nor Aristotle’s great Christian sympathizer, theologian Thomas Aquinas. Centrality meant heaviness and grossness, not greatness. In fact, the very center of the universe was the earth’s center point, which is the lowest pit of hell in Dante’s Inferno (See pages 52-53).

Danielson also argues that the accompanying claim that the Copernican Revolution demoted the biblical view of humanity is equally fallacious. Just as center does not always mean best so smallness does not always equate with least prized in the Bible, or, for that matter, other literature shaped in part by the biblical tradition. Just think of Tiny Tim in Charles Dickens’ Christmas Carol: he is the most prized character in the entire drama. As to the biblical drama, consider Psalm 8, to which Danielson also refers. This psalm highlights the greatness of God and the grandeur of his handiwork in the heavens above and the earth below. The Psalmist marvels that God would lavish on humanity his “glory and honor” and “dominion” (Psalm 8:5-6; ESV). Hebrews 2 goes so far as to highlight Jesus as the grand character in this psalm’s affirmation of the human. For his part, Danielson claims that in the Bible, the backdrop of the creation’s greatness and grandeur “frames one’s sense of privilege at being an object of divine blessing despite one’s conspicuous finitude and smallness relative to the world at large,” as illustrated in this same psalm (52).

So why does the claim that Copernicus’ Revolution demoted humanity persist? A confusion of categories for one, namely, that central is always most prized. As noted above, centrality doesn’t always signify that which is cherished: consider how often people refer to the “inner city” in less than hallowed terms. Then there is the unfortunate reality that if a myth gets repeated enough times it must be right. What generated the myth in the first place? Danielson hints at one of the factors: namely, by demoting humanity in general, it promotes those enlightened moderns[3] in all their scientific grandeur who dethroned humanity (57-58). In doing so, not only does it hurt humanity, but also it hurts our perception of science as a friend of the common good.

[2]Dennis R. Danielson, “Myth 6: That Copernicanism Demoted Humans from the Center of the Cosmos,” in Galileo Goes to Jail: And Other Myths About Science and Religion, ed. Ronald Numbers (Cambridge, MA: Harvard University Press, 2009).

[3]Danielson references Bernard le Bouvier de Fontenelle in his Discourse of the Plurality of Worlds; 1686 (p. 57 of Danielson’s essay). 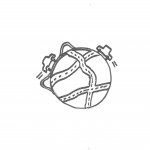 September 3, 2015
Don't Be Confused: Immediacy Is Not Intimacy
Next Post

September 8, 2015 An Unguarded Strength Is a Glaring Weakness
Recent Comments
0 | Leave a Comment
"When I think of “Christian America”, I think of all of modern mediaand hype that ..."
Emily Tubberville I Can’t Wait for Christian America ..."
"I definitely agree with what is being said. I tend to see Christianity as being ..."
Monica Zherebnenko I Can’t Wait for Christian America ..."
"My AP US History teach in high school once told me, history iswritten by the ..."
Emily Tubberville Why Is the West the Best?
"When I read this I think about worship; in my church, in my own life, ..."
Brandon Buck Are You Smoking What You’re Selling?
Browse Our Archives
get the latest from
Uncommon God, Common Good
Sign up for our newsletter
POPULAR AT PATHEOS Evangelical
1