Don’t Be Confused: Immediacy Is Not Intimacy

I was speaking with a Native Hawaiian the other day, who remarked that all too often visitors reduce Hawaii to Waikiki. The touristy thinking at times is: if you’ve been to Waikiki, you’ve experienced Hawaii. Not really. Even if you or I visit one of the islands, that does not mean we have really experienced the richness of Hawaiian life and culture. There is such diversity.

No doubt, the same could be said of various places around the world, as well as the people who inhabit those places. Even if one has been to various villages and cities in a given state or country, that is no guarantee that one has really encountered life there. It takes time and energy and what many Hawaiians call “talking story,” which involves getting to know people’s interests and values, hopes and fears, joys and sorrows, as they share their lives with you.

The danger exists in our globalizing world for us to confuse immediacy with intimacy. We can make contact with people and places more quickly than ever before through hi-speed internet connections, trains, planes, and automobiles. But have we really encountered and experienced them, or only surface impressions? Quick trips to Waikiki or Wikipedia can never suffice.*

The same could be said of how we engage people of various religions from across the world. We have access to various resources on different faiths, and people of other faiths increasingly live next door; but do we know them, or do we depend on vague assumptions and settle for reductionistic generalizations?

In my new book, Evangelical Zen: A Christian’s Spiritual Travels with a Buddhist Friend, I go on a journey of faith with my wife, Mariko, and our two children in various places in Japan. My wife is from Japan, and we lived there for a few years, while also visiting several times since then. My close friend, Zen Buddhist Priest Kyogen Carlson, traveled with me on the accompanying literary journey through his foreword and responses to the various essays. We engaged in conversations that were open and inquisitive. Kyogen and I did not try to straightjacket Japan, Zen Buddhism, Evangelical Christianity and other religious and cultural phenomena. We sought to maintain an inquiring, open-ended spirit when engaging otherness rather than sum up particular people, places and perspectives in short order, which all too often leads to distortions. 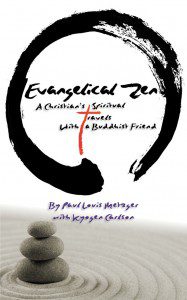 I realized increasingly through various essays that there is no one-size-fits-all form of Buddhism, or Christianity for that matter. Both traditions express themselves in a variety of ways here and abroad. As noted in the book, for all their similarities, Japanese and American Buddhism convey differences, which Kyogen discusses. There are also tensions between Eastern and Western Christianity, as well as between Buddhism and Christianity, as Kyogen and I acknowledge. Moreover, contrary to common opinion, there are some similarities. Many American Christians are surprised to hear me say that Christianity is not alone in preaching salvation by personal faith and grace; Amida Buddhism does as well. Some Christians feel that this statement minimizes Jesus’ uniqueness. To the contrary, it is not an abstract concept of grace that reflects Jesus’ uniqueness; what is unique is how Jesus’ story as the crucified and risen Messiah particularizes grace.

Like biblical grace, which involves God in Christ taking a long journey to what Barth calls the “far country,” we must be gracious toward the religious and cultural other. Like Jesus, we must sacrifice our privileged positions and take the far journey to move close by, listen, and identify with others before we make wide-ranging, universal claims. There is nothing immediate about the gospel. It took time for Jesus’ story to unfold. Intimacy in relationships and an intimate knowledge of various cultures and ways of life require that we take the slow, relational boat to China, Japan, Hawaii, next door, and then home. All aboard!

*In response to this post, my colleague Derrick Peterson said that we often equate immediacy with freedom. “This post rightly contrasts immediacy with open-endedness (i.e. not shoe-horning people, places and traditions, which we often do when confusing our immediate encounters with them as authentic).  What we perceive as ‘free access’ through the internet, through tourism and other venues, is ironically quite closed, a sort of devil-captor disguised as the angel of freedom. Our instant access ‘Wikipedia’ style information is often confused with knowledge, or intimacy, or power, when it is in fact the thinnest and most abstract form of all.”

August 28, 2015
"Jesus Loves Me, This I Know ..."—Orienting Our Studies at the Beginning of a New Academic Year*
Next Post 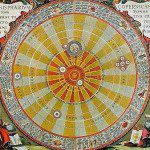 September 7, 2015 “What is man that you are mindful of him…?” How the Copernican Revolution Promoted Human Value
Recent Comments
0 | Leave a Comment
"“Cash smoked what he was selling,” the student remarked to Dr. Metzger. Johnny Cash was ..."
Gabriel Wallis Are You Smoking What You’re Selling?
"As the first reason for Dr. Metzger’s response why he cannot wait for Christian America ..."
Gabriel Wallis I Can’t Wait for Christian America ..."
"As Chimamanda Ngozi Adichie offered in her TED Talks monologue, an encounter with a variety ..."
Gabriel Wallis Why Is the West the Best?
"This week’s blog post reminds me of when I was in middle school. Manykids I ..."
Emily Tubberville Are You Smoking What You’re Selling?
Browse Our Archives
get the latest from
Uncommon God, Common Good
Sign up for our newsletter
POPULAR AT PATHEOS Evangelical
1