Reformation Day Prayer: “God, thank you that I am not like this Pharisee”–Not

Reformation Day Prayer: “God, thank you that I am not like this Pharisee”–Not October 30, 2015 Paul Louis Metzger 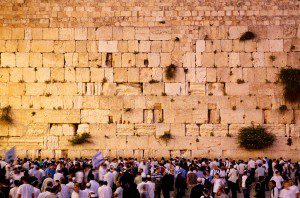 Jesus challenges self-righteousness at every turn. For example, he told a parable about a Pharisee and a tax-collector going up to the Temple to pray. Jesus said, “The Pharisee, standing by himself, prayed thus: ‘God, I thank you that I am not like other men, extortioners, unjust, adulterers, or even like this tax collector. I fast twice a week; I give tithes of all that I get.'” (Luke 18:11-12; ESV)

If Jesus were here today, perhaps he would say, “The tax collector, standing by himself, prayed thus, ‘God, I thank you that I am not like this Pharisee.'” Why? Self-righteousness comes in many forms, not just among those who manifest self-righteousness through adherence to certain religious behaviors and fundamental beliefs.

No one wants to be a Pharisee in our day, at least nobody I know. But that does not mean self-righteousness is lacking in our hearts.

I was reminded of this point during a conversation with someone this weekend. He claimed that Jesus was always going after the religious fundamentalists, who are the Pharisees. He appeared to leave himself off the hook in his comment; he certainly wasn’t one of them. It’s always the other guy.

It is true that Jesus went after the religious establishment so much of the time, not tax collectors and sinners. But in the latter people’s case, they sensed their need for his righteousness; they knew they were sick, whereas by and large the religious leaders did not sense their desperate need for Jesus and his righteousness. I will often say that Jesus reserved his sharpest critique for religious leaders (Pharisees as well as Sadducees), and I am one of them![1]

But whether or not one is a religious leader or Christian conservative, no one is off the hook. Those who aren’t religious leaders should guard against thinking, “I’m glad I’m truly righteous, not like that religious leader over there.” Nor should they think, “I please God because I’m all messed up; I’ll sin some more to experience more of God’s favor.”

The ultimate problem in Jesus’ story and the contemporary example is that neither the Pharisee noted above or the tax collector noted here have come to the point of repentance. Only those who sense their desperate need for Jesus have grounds for boasting–not in themselves, but in him. Such desperation is not a one-off, but must take place the whole of one’s life. It involves daily prayers like, “God, I thank you for loving and forgiving someone like me.” Those who pray like this, whether a Pharisee or tax collector take to heart Jesus’ point: “But the tax collector, standing far off, would not even lift up his eyes to heaven, but beat his breast, saying, ‘God, be merciful to me, a sinner!’ I tell you, this man went down to his house justified, rather than the other. For everyone who exalts himself will be humbled, but the one who humbles himself will be exalted” (Luke 18:13-14).

Martin Luther must have been thinking of this biblical text when he penned and posted the 95 Theses. On October 31, 1517, Luther nailed a copy of the 95 Theses to the church door at the Wittenberg Castle Church. The first of the 95 Theses reads, “When our Lord and Master Jesus Christ said, ‘Repent’ (Mt 4:17), he willed the entire life of believers to be one of repentance.” Not just Pharisees and tax collectors, but all believers, and not just once, but the entirety of their lives. There are no exceptions. As Donald Miller says, “Christ comes to Earth, draws a circle around himself and says everyone outside the circle is broken.”[2]

Everyone is outside the circle, and Jesus makes it possible for us to enter. All we must do is repent and respond in faith to his invitation. But that’s not easy for those like many of us. Contrary to what many of us think, we’re just like everyone else: we think we don’t need Jesus’ mercy because we’re different.

As we who are Protestants celebrate Reformation Day on October 31st, let’s not mask our need for Christ, as if we simply wear the tax collector’s costume for Halloween. May there be no “God, thank you that I am not a Catholic,” or whatever else we’re not–whether Vegan, NRA member, or Muslim. Such prayers fail to account for the very first of the 95 Theses and what the Reformation was really all about. The need for repentance is no respecter of theological position, tradition, or personal preference. Spiritual pride always masks the bondage of the will.

[This was originally posted over at New Wine, New Wineskins]

[1] We tend to think the Pharisees were the theological and cultural conservatives in the time of Jesus. That was not always the case.  For example: their belief in the resurrection of the dead was viewed as an innovation by the Sadducees who were both conservative and minimalist in their approach to Jewish beliefs and practices.  On the other hand, the Pharisees sought to apply the Law in evolving and progressive ways. While it is true that the Sadducees were more flexible in engaging alien powers given their minimalist orientation, they were also emphatic on conserving their power and status in ruling the Temple.  Thus categories of conservative and liberal when applied to Pharisees and Sadducees do not fit our typical binary labels.  (See: Diarmaid MacCulloch Christianity: The First Three Thousand Years (New York: Penguin Books, 2010), 72)).

[2] Miller uses this image in his interview with Steve Duin of The Oregonian. See Duin, “For the Faithful, Fighting Back Isn’t an Option.”

November 1, 2015 All Saints’ Day: We Need Saints in an Age of Cynics
Recent Comments
0 | Leave a Comment
"This week’s blog post reminds me of when I was in middle school. Manykids I ..."
Emily Tubberville Are You Smoking What You’re Selling?
"When I think of “Christian America”, I think of all of modern mediaand hype that ..."
Emily Tubberville I Can’t Wait for Christian America ..."
"I definitely agree with what is being said. I tend to see Christianity as being ..."
Monica Zherebnenko I Can’t Wait for Christian America ..."
"My AP US History teach in high school once told me, history iswritten by the ..."
Emily Tubberville Why Is the West the Best?
Browse Our Archives
get the latest from
Uncommon God, Common Good
Sign up for our newsletter
POPULAR AT PATHEOS Evangelical
1