Masks and costumes shroud people at Halloween. Halloween is also shrouded in many circles, albeit in ignorance and superstition. For example, Ronald Hutton claims in an article titled, “Halloween: It’s More than Trick or Treat,” that in the 1980s, “some American evangelical Christians” condemned “the festival as a glorification of the powers of evil (thus missing all its historical associations)….” What were the historical associations that were/are often lost on Evangelicals?

Many Evangelicals have embraced assumptions that Halloween as it is practiced today is completely pagan in origin, that the holiday incorporates pagan symbols and practices, and that it glorifies death. But we need to look a little more carefully at the history of Halloween. When we do it is clear that the present form of Halloween celebrated in America incorporates a number of influences. One major influence is pagan. The Celtic celebration of Samhain (pronounced “sow-ween” or “sow-in”) in Ireland was an agricultural festival that celebrated the end of summer, and the transition to winter with all of its challenges, including the increasing possibility of death in the coming cold months ahead. But there are other influences beyond pagan sources. Christianity has had its imprint as well. This came in the form of Catholicism with its All Souls’ and All Saints’ Day. held on Nov. 1. As what would eventually become Halloween continued its journey through history and various cultures, it came to America through Irish immigrants; eventually it became secularized. In its present form it has lost all religious connotations, symbolism and rites, and is largely a secular and commercial holiday associated with children’s costuming, and trick or treating for candy.

But what of Christian fears associated with Halloween? As noted previously, although Halloween does have pagan influences historically, it is not pagan in its present form. And when it comes to Halloween and death, this is a subject that Christians should want to grapple with, and do so carefully. Halloween gives us an opportunity to do just this. As Hutton has noted, “a Christian feast of the dead is thoroughly embedded in the history of Hallowe’en.” See his work, The Stations of the Sun: A History of the Ritual Year in Britain (Oxford: Oxford University Press, 1996). This embedded trait continues through the Roman Catholic Church. Beyond that, the Christian tradition is concerned with death, as the gospel includes the story of Christ overcoming death through his own death and resurrection.

It is not our intention to tell Evangelicals that they should or should not celebrate Halloween. However, it is important that we think more carefully about the historical development of Halloween (and other holidays, including Christmas with its various sources) so that we don’t make distorted claims. Moreover, an awareness of the historical features and emphases can provide us with opportunities to reflect on elements of our Christian life, including Christ’s victory over the grave. Moreover, while Christ’s life, death and resurrection are alone meritorious, remembrance at this time of year of martyred saints throughout the ages should inspire us to bear faithful witness to Christ as our sure hope.

It is important that we unmask ignorance and superstition, so that we see them for what they are. As Protestant Evangelicals, we remember fondly Martin Luther’s 95 theses, which we purportedly nailed to the Wittenberg Castle church door on October 31st 1517 (the day we celebrate Halloween; refer here for a treatment of the history and legend surrounding the 95 Theses). Among other things, Luther sought to unmask superstition bound up with indulgences, merits of the saints and other distorted beliefs and practices that clouded the good news of Jesus Christ. In keeping with Luther’s instincts, the Reformation principle of returning again daily to be reformed by the Word is an important safeguard that, when practiced, helps protect Christians from cementing their views of God and others, but keeps us open to fresh, authentic and truthful encounters.

Like the humanist emphasis on returning to the sources, this Reformation principle should be at work as we engage religion. It should also be at work, as we engage the religious other, including Pagans, whom Christians often view in distorted ways. We must be on guard not to mask them with labels that keep us from seeing them for who they are. So despite Evangelical fears regarding Halloween that is associated with its alleged Pagan and Satanic connotations, the reality is very different. Pagans don’t celebrate Halloween. Instead, they celebrate Samhain based upon a seasonal sacred calendar. While Satanists do celebrate Halloween as one of three primary holidays, at least in LaVeyan Satanism, our secular Halloween has nothing to do with personalized Satanic associations drawn from horror films (it is important to note that most Satanists do not believe in a supernatural being called Satan, but are radical individualists). Anton LaVey wrote concerning Halloween that it is celebrated by Satanists “… as a time when one’s inner-self might be explored through the use of a costume, or one might recall those of importance in one’s life who have died — as was done on that night in European tradition” (This statement is taken from the F.A.Q. Holidays, churchofsatan.com.) The point to take away here is that when Evangelicals mistakenly identify Halloween as Pagan or Satanic, we are putting a mask on others that misrepresents their actual practices and beliefs. We believe it is a Christian virtue to seek to understand and represent others accurately and fairly, particularly in a culture where are divisions are so often the focus of conflict in the public square (See one of our attempts at seeking to understand contemporary Paganism rightly at the blog post “Idol Makers”). Why should those of other traditions seek to understand and represent our convictions and practices fairly if we shroud them with caricatures and distorted images?

While it is important to unmask images that distort religion and religious others, there are times when a particular form of masking can prove beneficial. Take for example identity play associated with Halloween. Dressing up in various costumes for Halloween is not only the stuff of children. In recent years, dressing up has become increasingly popular among adults who go to parties. There seems to be more than partying and play at work here. A close examination of the scholarship on festivals in history (such as the Feast of Fools, Carnival and Lent), as well as related present festival and festive practices, reveals a long interest of participation in events that provide the opportunity to assume temporarily other people’s identities. Many of these festivals were linked to the feasts of the church. The costuming, identity play and subversive practiced connected to these festivals have not only been done for entertainment purposes, but have also included religious connotations. For example, Max Harris has connected such festivity to the Magnificat from the first chapter of Luke’s Gospel. He discusses the connection between the identity play and social inversion of festival and the Judeo-Christian scriptural narratives in this area: “The Feast of Fools, with its explicit justification in the Magnificat, noisily proclaimed the Christian basis for festive roles of reversal…. [This is echoed in] Christ’s utterances about children and the Kingdom of Heaven, Isaiah’s prophecy that a little child shall lead them (Isaiah 11:6), and the theme of inversion and the world turned upside-down found in texts like the ‘Magnificat.’” For more on this, see his work Carnival and Other Christian Festivals: Folk Theology and Folk Performance (Oxford University Press, 1996).

Perhaps Evangelicals can use the costuming and identify experimentation associated with Halloween as an opportunity to think critically on their spiritual identities. Are we authentic in our identities and in our relationships with God and others? Or are we, too, wearing masks and playing parts that are as unreal and fleeting as the costumed children knocking on doors asking for candy this Halloween?

*Paul Louis Metzger serves as the Director of The Institute for the Theology of Culture: New Wine, New Wineskins at Multnomah University, and as a Senior Fellow of the Foundation for Religious Diplomacy. In addition to his work with diverse religious communities such as Buddhism, Islam and Paganism, he is the author of numerous books, including Connecting Christ: How to Discuss Jesus in a World of Diverse Paths, as well as Evangelical Zen: A Christian’s Spiritual Travels with a Buddhist Friend (with a foreword and responses by Kyogen Carlson). John W. Morehead is the Custodian of the Evangelical Chapter of the Foundation for Religious Diplomacy, the Director of the Western Institute for Intercultural Studies, and has been involved in interreligious dialogue and religious diplomacy for many years in the contexts of Islam, Mormonism, and Paganism. He is team leader for the Multifaith Matters grant project, and editor of Beyond the Burning Times: A Pagan and Christian in Dialogue, by Philip Johnson and Gus diZerega. 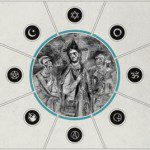 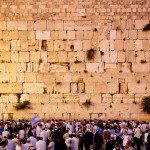 October 30, 2015 Reformation Day Prayer: "God, thank you that I am not like this Pharisee"--Not
Recent Comments
0 | Leave a Comment
"“Cash smoked what he was selling,” the student remarked to Dr. Metzger. Johnny Cash was ..."
Gabriel Wallis Are You Smoking What You’re Selling?
"As the first reason for Dr. Metzger’s response why he cannot wait for Christian America ..."
Gabriel Wallis I Can’t Wait for Christian America ..."
"As Chimamanda Ngozi Adichie offered in her TED Talks monologue, an encounter with a variety ..."
Gabriel Wallis Why Is the West the Best?
"This week’s blog post reminds me of when I was in middle school. Manykids I ..."
Emily Tubberville Are You Smoking What You’re Selling?
Browse Our Archives
get the latest from
Uncommon God, Common Good
Sign up for our newsletter
POPULAR AT PATHEOS Evangelical
1