Be Patient with Patients: They Are Far More than Temporarily Animated Corpses

Be Patient with Patients: They Are Far More than Temporarily Animated Corpses December 14, 2015 Paul Louis Metzger

Is a patient near the end of life simply temporarily animated matter–a soon-to-be corpse that is turned to ash or locked in a box?[1] Is the patient a combination of material and immaterial substances, the latter of which is easily separated like a pound of flesh that lessens the body’s weight at death?[2] Or is the patient a relational energy (namely, a soul or spirit), who returns to the divine Spirit, the same Spirit who enlivens his or her bodily particularity until life’s end?

And who are we who provide the care during dying? Objective, material machines who compute symptoms and physiological signs as merely mathematical and measurable problems that can be addressed without a personal sense of touch? Or perhaps such seeming objectivity is simply a form of veiled subjectivity that serves to distance us from the patient, and from ourselves? Such detachment leaves the caregiver in need of care, alienated from interpersonal encounter, nothing more than an animated anticipatory corpse with a bit more shelf life before making one’s own way to the grave.[3]

This discussion is not a mere academic exercise, or a challenge merely to medical professionals. It is more than a matter of having a proper bedside manner as a medical practitioner, or demonstrating appropriate social etiquette for the rest of us attending to those near life’s end. It is a very personal challenge to me, and perhaps to others of you. We are all caught up in this affair in that “No one wants to get old but no one wants to die young, either, as one of my soul architects, The Rolling Stones’ Keith Richards, quips in Keith Richards: Under the Influence.[4] It is hard for us to deal with death at any age, and especially the elderly in this age, which worships youth.

My mother is elderly. How do I view her? A temporarily animated corpse, a bodily mass that also bears a pound of immaterial substance, or a relational energy who encounters me in the particularity of embodiment? I hope the latter, but I fear I often treat her and others young and old as stuff of material and immaterial quantities (that is, quantities as in substances that can be manipulated, objectified, and disposed). What happens to her and their quality of life, and my own—and your own–when we reduce people in this way? What is left of us? Do we grow impatient, anticipating their demise as those near-deceased? We must remain mindful of patients as fellows not so immune to a sickness into death—we are all far more than matter.

I close with a few words from SØren Kierkegaard from Sickness Unto Death:

As embodied and energized selves at whatever stage of life, we lay claim to one another in the objective placement of our inter-subjectivity in time and space. Given such embodiment as vital energies who lay claim to one another rather than are easily claimed and objectified, we cannot and should not quickly dismiss one another as commodities of material and immaterial stuff. We must remain patient with one another, including those near the end of life. We are all more than temporarily animated matter.

We are more like verbs than nouns, who can never be objectified, since we participate as particular energies or activities in our various relations.[6] Thus, we always remain subjects even when we are objects of analysis. Measure what we will, whereby we discover important solutions to problems of material and efficient causation as in medicine, we must not end there. We are not simply measurable quantities or means to further study. We are also ends in ourselves with irreducible meaning and value as living persons in the historical and anticipatory contexts of animated community. How then shall we relate to each other as fragile specimens of vital mystery no matter the duration? With the well-intentioned and patient urgency of inter-subjective wonder.

[1]See the work of physician, ethicist and philosopher Jeffrey P. Bishop, The Anticipatory Corpse: Medicine, Power, and the Care of the Dying, ND Studies in Medical Ethics (Notre Dame, University of Notre Dame Press, 2011). At the end of the “Prelude” to the volume, Bishop states, “My claim is that medicine has pulled the dead body out of community, stripped it of its communal significance, and found the ground of its knowledge in the dead, decontextualized, and ahistorical body. I shall argue that medicine has lost its way in the care of the dying—from ICU care to palliative care—because of how it understands death in the body.” For Bishop, care for the dying in modern medicine is based on the “metaphysics of efficient causation” bound up with the dead body, not “matter in motion.” Abstracted from Aristotle’s emphases on formal and final causation, focusing narrowly on what Aristotle called material and efficient causes, the dead body serves as the ideal for measurement, from which views of meaning and care arise. Bishop wonders if medicine’s “understanding of life and death, or better, living and dying,” would “be different” (better), if it were to see life as “inherently communal, with forms and purposes and not just material function”. Such communal contextuality involves the myths, narratives and “liturgical meanings” historically associated with our pursuit of meaning as humanity.

[2]See for example this New York Times dated March 11, 1907 in which a Dr. Duncan MacDougall argued that the soul has weight based on his studies of patients at the time of death. The New York Times article titled, “Soul Has Weight, Physician Thinks,” can be found here: http://query.nytimes.com/mem/archive-free/pdf?res=9D07E5DC123EE033A25752C1A9659C946697D6CF. See also the following article critiquing the study: http://www.livescience.com/32327-how-much-does-the-soul-weigh.html (accessed on 12/12/2015).

[3]William James, who was trained as a medical practitioner, decried “medical materialism,” which entails excessive objectivity bound up with a reductionistic approach to science. William James, The Varieties of Religious Experience: A Study in Human Nature (Seven Treasures Publications, 2009), pages 6-8. We must not reduce our engagement to third person objectivity, but must also account for person-to-person encounter. We must engage in I-It as well as I-Thou relations. See my discussion of this theme in “The Missing Link” in Connecting Christ: How to Discuss Jesus in a World of Diverse Paths (Nashville: Thomas Nelson, 2012), pages 198-210. Science as well as religion, for all their differences, must account for objective and subjective components. Like religion and theology, the natural and human sciences are not all about objectivity. They operate by way of “interpreted experience,” as J. Wentzel van Huyssteen claims in The Shaping of Rationality: Toward Interdisciplinarity in Theology and Science (Grand Rapids: William B. Eerdmans, 1999), page 47. Consider also Thomas J. Kuhn’s claim that we must account for the communal frameworks of ideas in which science develops and which help us account for paradigm shifts in knowledge. See the following article on Kuhn’s significance: http://www.theguardian.com/science/2012/aug/19/thomas-kuhn-structure-scientific-revolutions (accessed on 12/12/2015).

[6]Refer to the commentary on the excerpt of Kierkegaard quoted above at http://sorenkierkegaard.org/sickness-unto-death.html (accessed on 12/11/2015). 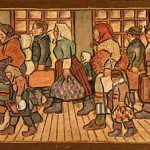 December 10, 2015
Ban Nastiness and Naiveté, not Muslims
Next Post 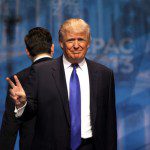 Every Church Needs a Joker (And...
Roger E. Olson
Books by This Author Books by Paul Louis Metzger