How Strong Is Your Will to Live, to Love, and to Hate? Musings on the Movie “The Revenant”

SPOILER ALERT FOR THE NEW MOVIE, “THE REVENANT”!

I went to a movie theater in the Portland area last night for an advance screening of “The Revenant”. Here is the official trailer for the movie, which releases tomorrow: https://www.youtube.com/watch?v=Wg72UQCJFEM.

Conditions were bad on the roads by Portland standards earlier in the week. Schools had been closed because of snow and ice. So, it was a relief to be able to get out last night to see the movie. Talk about bad conditions. The weather conditions and topography that the movie portrays are extreme by anyone’s standards, although breath-taking in their wild beauty.

The film narrates the story of Hugh Glass (Leonardo DiCaprio), a famed frontiersman of the unmapped wilderness in the 1800’s. Glass serves as a guide or tracker for a band of men hunting and trapping for furs. Arikara warriors kill many members of the band in a surprise attack, as they search for the chief’s daughter, whom he believes trappers kidnapped. The small group that escapes includes Glass, his son, and John Fitzgerald (Tom Hardy).

After being mauled by a giant bear protecting her cubs, a barely alive Glass is left in the custody of his son, Fitzgerald, and one other member of the party. In exchange for promised payment, they are to care for Glass as long as he hangs on to life. Fitzgerald betrays and tries to kill him, but Glass’s son intervenes, and is killed instead. Fitzgerald deceives the other man entrusted with Glass’s care and convinces him to abandon Glass and depart. They head back to the fort where they meet up with the other remaining members of the party. There they are rewarded for contracted services, which Fitzgerald falsely claims they fulfilled.

Glass miraculously survives the mauling and a host of other harrowing close encounters with death in the wilderness. His will to live, his love for his deceased Pawnee Indian wife (who was killed in a raid earlier in life by soldiers but who continues to appear to him in visions and dreams) and their son, and his hate and desire to take revenge on Fitzgerald keep him going.

As I sat there in my comfortable seat in the warm and cozy theater, I wondered how well my fellow viewers and I would cope in similar conditions. I may have given up after the mauling by the bear. We may all live in the Pacific Northwest, but generally speaking, we are not made of the same stuff as Glass as portrayed in the film. He does not shatter or break. As his deceased wife once said to him, the wind cannot destroy a tree with strong roots.

How strong are your and my will to live, to love, and even to hate? What do those with weak wills and weak loves hate? Even though Glass leaves the final judgment of Fitzgerald in God’s hands, he does pursue him like a crazed mother bear to the end. Their instincts to protect those they love cause them to hate anything that would bring their loved ones harm. And like God, Glass hates injustice, betrayal, and other forms of evil. How about us?

Some people will be taken aback by the strong language and violence in the movie; I can appreciate their concerns. But I also appreciate that there is no white-washing of human tragedy, strong love, and severe judgment in this film, including their bearing on Fitzgerald’s fate in the end.

Like the title of the movie, Glass is a ‘revenant’—a person who has returned from the dead. Left to die, he has nothing more to live for than his deceased wife and son who live in his heart and imagination; as such, he is a very dangerous man. But he is also full of life. How often do you find such souls today? Track for that person’s trail far and wide; he or she is hard to find. 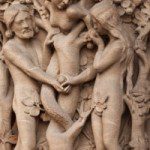 January 5, 2016
Monogamous Sex Makes ‘Good’ Sense to Reason, or Does It?
Next Post 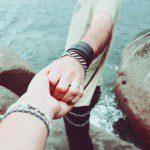 January 11, 2016 Situational Affairs: Is There Ever a Time When Having a Concealed or Open Affair Is the Right Thing to Do?
Recent Comments
0 | Leave a Comment
""... God never taught us to hate. He nor Christ never taught us to be ..."
Truth-Road LessTravelled What Is the Difference Between a ..."
"Most conspiracy theories are actually observations of conspiracy facts . Facts that prove conspiracy that ..."
Truth-Road LessTravelled Conspiracy Theories: Harmful and/or Healthy?
"Except Christians didn't invent human rights, or morality. That you believe so, or that Hitlers ..."
Truth-Road LessTravelled MLK’s Faith: Inspiration to Keep Going ..."
"Human rights are a "Christian" invention at best.Logically, there are no human rights, dog rights, ..."
bill wald MLK’s Faith: Inspiration to Keep Going ..."
Browse Our Archives
Related posts from Uncommon God, Common Good