Is Christ Divided? A Reflection on David Gushee’s Call for a Great Evangelical Divorce

Many people find tensions among Christian groups exhausting. No doubt, some were able to take a breath when they read David Gushee’s article on conservative and progressive evangelicals. While Gushee laments the division, he suggests that the two groups go their separate ways:

Conservative and progressive evangelicals need to let each other go their separate ways, acknowledging that despite shared faith in Christ we have become two separate religious communities. Our fighting is doing no one any good at all. (See the above link)

But how can we go our separate ways unless we no longer belong to the same Christ?

I, for one, am not willing to say that we who are conservative and progressive evangelicals should go our separate ways, nor can I; after all, as Paul suggests in addressing disunity in Corinth, Christ is not divided (1 Corinthians 1:13). Paul is not simply concerned for what some would call “invisible” unity; he is concerned for visible unity. Moreover, on the night of his betrayal by one of his disciples, Jesus prays for unity: apart from visible unity that reflects an internal orientation of holy love, the world will not know that God sent his Son (John 17:23). Christian theologian and philosopher Wolfhart Pannenberg once wrote that the leading cause of “a world free from all religious ties,” is disunity in the body of Christ [1]. Rock stars can say “See you later” when they leave the stage, but Christians should never say anything of the kind. If we are going to spend eternity together, we must try as hard as possible to stay together.

There are many evangelicals who feel caught between two opposing camps (conservative and progressive evangelicals), resonating with certain theological and ethical distinctives from each of the respective sides (what Gushee calls “centrist evangelicals” but also questions if they exist any longer). Should we break off and form yet a third group? While one should always stay away from slippery slope arguments, there is something rather slippery historically whenever Christian communities part company. Factionalism easily spreads and multiplies, turning Christ into a many headed deity—or to some, a monster.

Those of us who are children of the Reformation become illegitimate if we do not fight for the unity of the whole church. Initially, Luther never intended to leave the Roman Catholic Church.  And when he did, it broke his heart. We must never be reforming from the catholic or universal communion, but always for it. The same goes for us as evangelicals, no matter our particular tribe.

While we may breathe a sigh of relief over the possibility of not having to experience tensions regarding family members with whom we cannot agree, our family head—Christ—always calls us to the family table. The tensions and divisions are very real and painful, and may get worse. But even more real is Jesus Christ who continues to call us and pray before the throne that we might be one—work to be one—as he and the Father in the Spirit are one. So, let’s take a deep breath and keep making our way to his table.

In closing, we all need one another since no one movement can ever reflect the fullness of Christ.  Thus, no one party or faction or religious community can ever say to another part of the body of Christ that “I do not need you” (1 Cor. 12:21).  Practically speaking, this is what we would have to mean if we follow Gushee’s advice and let progressives and conservatives “go their separate ways.”  There is only one Christ.  There is only one body.  Thus we must continue to fight to be together in the midst of strong disagreements rather than dismember Christ. 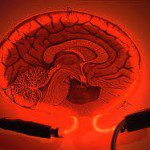 February 15, 2016
Can We Transfer Consciousness to Synthetic Bodies without the Move Proving Catastrophic?
Next Post 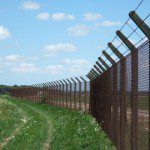 February 22, 2016 Who Trumped God? Reflections on the Debate between Donald Trump and Pope Francis
Recent Comments
0 | Leave a Comment
Browse Our Archives
get the latest updates from
Uncommon God, Common Good
and the Patheos
Evangelical
Channel
POPULAR AT PATHEOS Evangelical
1

A Letter to Christian Parents about...
Anxious Bench
Books by This Author Books by Paul Louis Metzger