An important article in The Atlantic by Alan Noble encourages fellow Evangelicals to become attentive to the theological and cultural forces that foster a persecution complex in our particular Christian movement. Further to what Noble argues, we need to be careful how often we cry wolf, if we wish to be taken seriously in our pluralistic society regarding our concerns over religious freedoms here and abroad.

Noble acknowledges the persecution of Christianity in various parts of the world as one factor that may lead globally-minded Christians to fear the rise of hostilities toward the faith. With that point in mind, I was struck by recent conversations with Japanese Christians during my present stay in Japan. Without sounding alarmist, they pondered governmental decisions in Japan that may suggest a more nationalistic direction. Wondering about whether or not persecution might arise in the not-too-distant future for the Japanese Christian community here is not so surprising given the long-standing suspicion and persecution of Christians during the Eido era, during part of the Meiji era, and also during WWII. However, one of the mature Christians with whom we spoke closed his comments, not with hand-wringing, but with a firm grip on the Christian hope in the resurrection of the dead—their ultimate future as followers of Christ is secure.

No doubt, such firm hope in the resurrection led many Christians in Japan in the past to surrender their lives to death during horrific persecution rather than renounce their faith or retaliate (For more on this theme of the persecution of Christians in Japan, see the post titled “The Blood of the Martyrs & the Seed of the Church, Love and Tolerance” along with its embedded links). Perhaps the city most recognized for persecution in the sixteenth and seventeenth centuries was Nagasaki. We traveled to Nagasaki this past week to remember those who suffered as a result of the apocalyptic Atomic bombing tragedy on August 9, 1945 that tragically killed and terribly injured countless Japanese there, as well as the horrific persecution of countless Christians in that same city, and elsewhere during the Eido era.

In view of Nagasaki, personal experiences and the perspectives of suffering believers and other victims of persecution and trauma here and abroad, here are some points that I pondered that may help Christians as they discern how to deal with the threat of persecution, and if the threat is perceived or real:

All too often, people who have experienced trauma, humiliation and shame look for scapegoats. As noted above, wounded people wound others. It is important that Christians who have been victimized identify with Jesus rather than look for scapegoats to blame and punish.

Shusaku Endo, author of the classic tale Silence (Chinmoku),[2] which chronicled the horrific persecution of Catholic Christians in Nagasaki, faced scorn as a Christian in Japan, racism in France, as well as health problems. For some time, he blamed Christianity for his struggles. Later, he came to identify with Jesus, scorned, rejected and despised, like he viewed himself. Rather than reject Christianity based on his suffering, or get even with those who did him harm, he came to identify with Jesus as one whose suffering he shared. One commentator wrote about Endo’s spiritual sojourn:

Only upon returning to his country by way of the Holy Land did he discover, as he would write in his popular Life of Jesus (1973), a Jesus as scorned, rejected, and betrayed as he. Only then did he discover an alternative to the lofty cathedrals and the militant triumphalism of Western Christianity. And only then did he discover his life’s quest: the search for a compassionate Christian faith that might take root in the Japanese soil.

We who are Christians must identify with the compassionate Christ—Jesus, who is the wounded healer, rather than operate militaristically and in triumphalist fashion, looking to place blame on this or than seeming scapegoat.[3]

Viktor Frankl, the noted Austrian neurologist and psychiatrist, was also a Holocaust survivor. In Man’s Search for Meaning,[4] he reflects upon the need to remain active, not passive, to be proactive, not reactive.[5] One of the reasons why Frankl’s perspective is so important is because persecution and torture often fragment and destroy people’s personalities;[6] thus, as much as it is possible, it is important to remain in control of one’s inner person and attitude on life. Frankl writes:

When we are no longer able to change a situation…we are challenged to change ourselves.[7]

…everything can be taken from a man but one thing: the last of the human freedoms—to choose one’s attitude in any given set of circumstances, to choose one’s own way.[8]

How can one remain whole in the midst of religious persecution and torture that involves the fragmentation of one’s life? Since we humans are not solitary creatures, such cultivation of wholeness will involve trusting others. Only as we confide in and confess to others—divine and human—will we receive healing and wholeness, as 1 John 1:9 and James 5:16 convey.  , However, it is necessary to point out how extremely challenging trust can prove to be for those who have undergone significant abuse; thus, those to whom the traumatized turn in trust must be found worthy of that trust, or the abuse will only deepen.

[1]The loss of privileged status and connection rightly or wrongly to persecution goes as far back as the Scopes “Monkey Trial in 1925. The culture wars that emerged around the time of the trial resulted in a form of conservative Christianity losing cultural capital. Many conservative Christians viewed evolutionary theory and its import for various spheres as eroding virtue and the plausibility of a Christian worldview in mainstream society. For more on the impact of the Scopes Trial, see George M. Marsden, Fundamentalism and American Culture: The Shaping of Twentieth-Century Evangelicalism—1870-1925 (Oxford: Oxford University Press, 1980), page 184.

[3]It is worth noting that Hitler’s rise in the years following WWI involved a ‘compelling’ propaganda machine, including the German Christian notion of a German or Aryan Jesus. Accompanying this notion was the Nazi propaganda that the Jewish people were a key basis for Germany’s sufferings.

[6]Note the following claim concerning extreme stress and torture: “The pathogenic effects of suffering extreme stress have been well documented (although whether a specific psychiatric syndrome exists is still debated) and the evidence suggests that the cognitive processes most vulnerable to psychological assault, especially when combined with the self-inflicted pain from stress positions, is executive function. This results in intellectual deterioration, difficulty in focusing, sustaining attention and psychological balance; in severe cases tortuous techniques can compromise the integrity of the mind–body system causing disintegration of a person’s identity and personality which may lead to regression or psychiatric disorder.” John Leach, “Psychological Factors in Exceptional, Extreme and Torturous Environments,” in Extreme Physiology & Medicine (2016): 5:7. 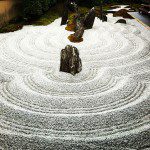 August 23, 2016 Wounded People Wound Others—Except for Wounded Healers (Part Two)
Recent Comments
0 | Leave a Comment
"Such a convicting concept. "Lord, I believe; help my unbelief." I am constantly having to ..."
Curtis Bell Are You Smoking What You’re Selling?
"While reading this I also thought of how there are often times those of us ..."
Monica Zherebnenko Are You Smoking What You’re Selling?
"“Cash smoked what he was selling,” the student remarked to Dr. Metzger. Johnny Cash was ..."
Gabriel Wallis Are You Smoking What You’re Selling?
"As the first reason for Dr. Metzger’s response why he cannot wait for Christian America ..."
Gabriel Wallis I Can’t Wait for Christian America ..."
Browse Our Archives
get the latest from
Uncommon God, Common Good
Sign up for our newsletter
POPULAR AT PATHEOS Evangelical
1