Are We Stronger Together If We Avoid One Another?

Are We Stronger Together If We Avoid One Another? October 13, 2016 Paul Louis Metzger

Secretary Clinton’s campaign slogan is “Stronger Together”. It sounds good. So does her claim that, if elected, she wants to work for all Americans, even those who oppose her now. If elected as President of the United States, I certainly hope that is the case. What about the rest of us? Do we work to serve all Americans, even those who oppose us, or do we hunker down and hide behind our gated ideologies? The culture wars have intensified and political and religious non-partisanship has become more difficult to find as people choose to live among like-minded people. See here for example.

All too often, liberals will call on America to open its borders and let refugees cross the line? But how many liberal members of Congress would be willing for those same refugees to move in next door? What about engaging religious diversity? Liberals are good at talking about tolerance, but it seems they find it difficult to tolerate difference; everyone ends up sounding much the same. Well, at least liberals are usually willing to open the borders to refugees and talk with Muslims; conservatives are often busy conserving on America’s past greatness and treating compassion and grace as if they are rare commodities that will be wasted with use.

This Saturday, I am serving as moderator for two forums at Fuller’s Christ & Cascadia 2016 conference: one on “Talking Race in Progressive Portland” and the other on “Jesus Meets Buddha in Portlandia.” It is very difficult to have significant conversations with people who don’t share our views without the conversations degenerating into winner-takes-all debates. For some, it is easier just to co-exist and hope we never meet. So, I am glad this conference is making space for divergent views.

Gentrification is a real problem in Portland, if you are African American. It is one area where progressives are regressive, as they buy up African American people’s property. Missional engagement may even involve the displacement of minority communities, as young hip church planters move in to accommodate the mission field of newcomers who look like them. All the while, minorities are experiencing exile, as they find themselves displaced to the suburbs. Can Blue lives matter and all lives matter, if Black lives don’t matter? And while we might wish to entertain the conversation, as it is hip in some circles, living it out is quite another thing.

I see all the “Co-Exist” bumper stickers with the various religious symbols on cars across the city, though not in many conservative church or seminary parking lots. The same goes for stickers with Darwin and Jesus devouring one another (I will leave it to you to discern who is winning in those same parking lots). How do we get people together to talk about their divisions on religion, science, sexuality, and gender, or race, for that matter, without making their own gated groups great at the other sides’ expense?

I will be carrying on conversations at these Christ & Cascadia conference forums on Saturday with ethnic minority leaders, two African Americans and one Mexican, and two Zen Buddhists—an Abbot and a lay practitioner. I know these various individuals through my work at New Wine, New Wineskins here in Portland, Oregon. They are my friends. The conversations are rich, but are often not easy. What I appreciate about each of them is that they don’t settle for tolerance that avoids truth and compassion. They realize that if we are not careful, we can defer to cultural progression and run right over one another. Only as we deal honestly with racial and religious tensions can we ever become stronger as a people; we have to embrace the hard conversations. Avoid indifference—not people of opposing positions—like the plague. 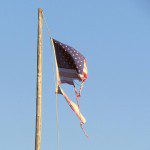 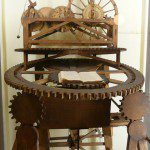 October 19, 2016 Become Less Closed-Minded. Invent Your Own Religion (?)
Recent Comments
0 | Leave a Comment
"I don't know if anyone has mapped the mental road to tenderness that comes with ..."
jekylldoc Raw Faith, Vulnerable Deity: Finding Comfort ..."
"The American Church is wrought with people who are not smoking what they are selling. ..."
Hayden Mounce Are You Smoking What You’re Selling?
"This was a very interesting post to read. I have my own issues with Christian ..."
Hayden Mounce I Can’t Wait for Christian America ..."
"Going back to my comment on “How Relational is Your Worldview,” my assumptions based on ..."
Hayden Mounce Why Is the West the Best?
Browse Our Archives
get the latest from
Uncommon God, Common Good
Sign up for our newsletter
POPULAR AT PATHEOS Evangelical
1