What Does It Mean to “Make America Great Again”?

What Does It Mean to “Make America Great Again”? October 11, 2016 Paul Louis Metzger

What does it mean to “Make America Great Again”? Does it mean to make us better than everyone else, or to destroy all our enemies, or to help the poor, or to build our economy? All of the above, something more, something else? For all our talk of making America great, are we concerned for making ourselves as Americans good?

Just this weekend in response to the political crisis involving the Howard Stern interview, I heard one supporter of Mr. Trump say he was not voting for him because of his personal ethics, but because of his leadership skills and negotiating prowess in getting the job done so as to make America great again.

Get what job done? And who is it doing the job? The same Mr. Trump whom the individual interviewed claims he does not support for his personal ethical stances? Of course, Ms. Clinton and her husband, the former President, have been called out as well for their personal ethical issues. Both Mr. Trump and Mr. Clinton have been accused of the horrible mistreatment of women (See here; see also here). Ms. Clinton has also been accused of helping to try and cover up her husband’s affairs, even attempting to discredit the women in question.

While flawed people can do great things for a country, personal ethics is not a separate, disconnected matter. No amount of minimization by way of “locker room talk” excuses or claims that the sex was consensual can cover the importance of the connection between personal virtue and public virtue.

We live at a time when the privatization of the market has become the privatization of ethics; it is as if ethics is a commodity that can be discarded for convenience. But ethics is not a convenience, including personal ethics; it is a necessity. Ethics is no respecter of political parties or opinion polls, nor does it get reduced to the legal splicing of words like “It depends on what the meaning of the word ‘is’ is”.

Great leaders will admit when they struggle with sins, including sexual immorality. They will not minimize, deny, or deflect from their misconduct by pointing to the failures of others. Moreover, someone who wishes to be commander-in-chief in our nation needs to realize that in the military adultery is punishable; one can still lose rank, status, finances, or be dismissed. If one cannot be faithful to an oath to one’s spouse (the most intimate of relations), who is to say that one will be faithful to uphold the country, constitution, and soldiers entrusted to one’s care?

The greatness of a country requires the goodness of its citizens, especially those seeking the highest office in the land. In a day when women and girls are increasingly commodified globally, men of all ranks must be sure to treat them, speak about them and look upon them with the highest, most sacred regard in the work force, at home, at school, on the internet, and in the locker room. Only then can we ever hope as a nation to become truly great. 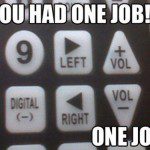 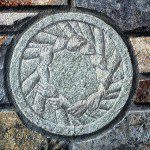 October 13, 2016 Are We Stronger Together If We Avoid One Another?
Recent Comments
0 | Leave a Comment
"I don't know if anyone has mapped the mental road to tenderness that comes with ..."
jekylldoc Raw Faith, Vulnerable Deity: Finding Comfort ..."
"The American Church is wrought with people who are not smoking what they are selling. ..."
Hayden Mounce Are You Smoking What You’re Selling?
"This was a very interesting post to read. I have my own issues with Christian ..."
Hayden Mounce I Can’t Wait for Christian America ..."
"Going back to my comment on “How Relational is Your Worldview,” my assumptions based on ..."
Hayden Mounce Why Is the West the Best?
Browse Our Archives
get the latest from
Uncommon God, Common Good
Sign up for our newsletter
POPULAR AT PATHEOS Evangelical
1

Progressive Christians are More Political than...
Cranach
Books by This Author Books by Paul Louis Metzger