What Does Thanksgiving Mean for the Indigenous People of the Land?

I remember making crafts for Thanksgiving in grade school accompanied by recounting tales of the Pilgrim settlers and their first encounters with the indigenous people on “American” shores. Those were happy times, at least for me.

This week, countless Americans acknowledged one another with greetings like “Happy Thanksgiving!” For many of us, there is much to be thankful for at Thanksgiving, but not for all of us.

I don’t recall having studied during grade school the following account of Thanksgiving offered in this National Geographic article for children:

The peace between the Native Americans and settlers lasted for only a generation. The Wampanoag people do not share in the popular reverence for the traditional New England Thanksgiving. For them, the holiday is a reminder of betrayal and bloodshed. Since 1970, many native people have gathered at the statue of Massasoit in Plymouth, Massachusetts each Thanksgiving Day to remember their ancestors and the strength of the Wampanoag.

I don’t think the Wampanoag are alone in their remorse (rather than reverence) over that first Thanksgiving. Still, like their ancestors, they and Standing Rock Sioux are resilient in the face of adversity.

And that’s what the Standing Rock Sioux and its allies in the environmental and activist movements say they are doing: using Lake Oahe in North Dakota as a place to take a stand by setting up camps and blocking roads in order to block the controversial $3.7 billion Dakota Access pipeline (See also this article at NPR).

The destruction of treaties, nature including clean water supplies, and sacred lands and burial grounds fuel their protest (Refer here for more on this subject).

If you and I were in their moccasins or shoes, what would we do? But if their loss is our gain, or at least the gain of big corporations and their stockholders, would we really care?

As we eat Thanksgiving leftovers, may we stop trespassing and taking what is left for indigenous people in this land. After all, if it weren’t for those first native hosts, we might not be here. We need to take a stand with them and express our gratitude to them. 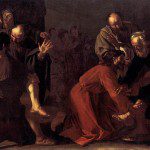 November 23, 2016
Make the American Christian Great Again: Boast in Your Weaknesses This Thanksgiving
Next Post 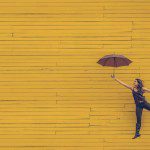