Fixing Your City: How To Create Thriving Neighborhoods and Adapt to a Changing World

Fixing Your City: How To Create Thriving Neighborhoods and Adapt to a Changing World August 24, 2019 Paul Louis Metzger 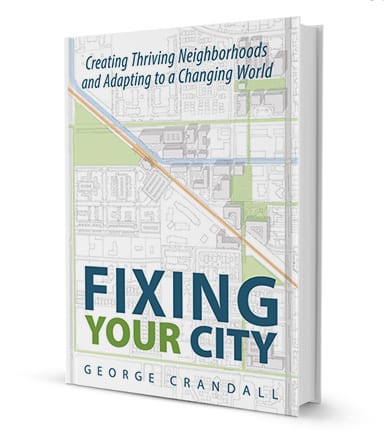 This is the first entry in a series of posts dedicated to highlighting efforts to cultivate vibrant communities for human flourishing. George Crandall is the author of Fixing Your City: Creating Thriving Neighborhoods and Adapting to a Changing World. The back-cover description for Fixing Your City reads,

Tired of watching your city being degraded by new development that doesn’t fit? Paying for city plans that never get implemented? Wondering what your city can do to respond to climate change? In his groundbreaking book, Fixing Your City, Portland urban architect George Crandall reveals how to produce city plans that mitigate climate change and create healthy places to live, work, and play. This is not a theoretical book about cities – it is a practical book based on Crandall’s wide experience transforming cities in the U.S. and Canada over the last 40 years.

In light of the book’s thrust and ringing endorsements, we reached out to Mr. Crandall for an interview.

Paul Louis Metzger (PLM): What led you after a long and vibrant career as an architect to put down your draftsman pencil and pick up the literary pen to write your first book?

George Crandall (GC): lt was not a sudden decision or afterthought. I worked as an architect for 30 years. The work was exciting and rewarding (USNB – Big Pink in downtown Portland and the rehab of Portland’s historic Central Library). I also worked as the lead urban designer on several significant planning projects (Mt. Hood Freeway Environmental Impact Study that recommended that the freeway should not be built and the Sauvie Island and West Hills Comprehensive Plan that recommended that the island be retained as farmland). During that time I realized that planners and architects knew a lot about their specialties but very little about the design of cities. Twenty years ago I decided to start a firm (Crandall Arambula) that would combine the architect’s design expertise with the planner’s knowledge about social and contextual issues. The firm would have a singular focus – revitalizing cities. Since then we have completed plans in over 100 cities of different sizes across the U.S. and in Canada.

The complaint we heard in city after city was “We have planned and planned and nothing ever gets implemented. We don’t want another plan that just sits on the shelf.” So, the first motivation for writing the book was to describe a planning process that gets results. It is called the Transformation Strategy. We tell cities that if they use the process, success is guaranteed.

The second motivation was the global warming crisis and the need to identify an integrated land use/transportation strategy that had the potential to reduce transportation carbon emissions by at least 50%. It is called the Radical Transformation Strategy.

The third motivation was to identify the need and curriculum for a new profession that would educate people to be effective advocates for city transformation. Graduates would be called Urban Architects.

PLM: Further to the back-cover description, what is the thesis of the book, as well as its unique features?

GC: The thesis is that:

The unique features include descriptions of:

The new planning models support city transformation. Together these models constitute the fundamental building blocks for fixing any city:

In conjunction with the new planning models, the book describes a new set of planning terms:

PLM: What are a few practical takeaways you wish to share with our readers?

GC: In response to the emerging global warming crisis, a new approach to planning and investing in our cities is required. The planning profession is not equipped to provide that approach. Public activists with the information provided in Fixing Your City can lean on planners and decision-makers to be responsive to the climate crisis. Educators can adopt new curricula to promote Radical Transformation concepts.

PLM: What are the initial responses above and beyond the stellar endorsements from Portland’s mayor (the city where you live) and Kirkus Reviews?

GC: The Oregon planning profession has not been enthusiastic. My proposal for making a keynote presentation titled, Ending the Shelf Plan Epidemic to the Oregon American Planning Association at their fall conference was not accepted. On the other hand, in June I presented the book in a keynote address to the International Making Cities Conference in Portland and it was a great success. We sold and autographed many books and posed for photographs with conference attendees from all over the world.

A recent unsolicited review from an east-coast architect is typical:

Upon learning about George’s book, “Fixing Your City”, I immediately purchased a copy and spent a week reading it cover to cover. I have nothing but admiration for George’s endeavor. I found the book to be exceptionally well-organized, dense in useful information, clearly illustrated and written in a manor easily approachable by the general public. He has really done a great service for all citizens concerned about the future of their cities and towns. He has drawn from a wealth of experience creating transforming strategies and has presented numerous examples where his principles have been realized in cities and towns across the country.

I plan to give a copy of this book to the Mayor of my city (Newton, MA) so she will have the tools and a framework to deal with architects, engineers, planners, urban designers, developers and the public at large as we deal with the issues of traffic congestion, parking, pedestrian and bicycle safety, affordable housing, industrial parks, reduction of greenhouse gases and on and on. Clearly I recommend his book.

Have you ever visited a city only to discover that its downtown area is neglected, difficult to navigate, and devoid of all personality? Have you visited a city that’s the polar opposite and greatly enjoyed the local hangouts, niche shops, good food, and an ease of pedestrian travel? If you’ve ever had these experiences and wondered why the heart of some cities are so welcoming while others are devoid of all cheer, then George Crandall’s Fixing Your City: Creative Thriving Neighborhoods and Adapting to a Changing World may be the book for you.

Fixing Your City suggests ways to do exactly that, but ties it all back to the importance of city planning. Crandall has over forty years of personal experience, and taps into this to clearly lay out the importance in city planning, and how we can change our cities for the better.

Though it may seem an over simplification to evaluate a city in terms of its pedestrian experience, the fact is that the public’s yardstick for what constitutes a favorite city is how it feels to walk down the streets of that city. Invariably, desirable places are pedestrian-friendly.

The book is broken down into multiple easy to consume chunks that lay out the problems facing the massive undertaking of planning a city in the first place, or trying to update an existing city into modern times. Not only does the book point out larger issues like climate changes and over-congestion, but it also takes the time to explain specific terminology that may be unfamiliar to the reader, while fitting these into related segments of the book. Rather than being thrown a ton of vocab in a list, Crandall works your learning into the text of the book itself, which really helps with the accessibility for this work. The book also uses a number of graphs, maps, and infographics to help visualize some of the ideas described within.

The book discusses Portland in particular throughout the book with regards to the issues it has faced over the years including flops and successes. These are interesting bits of history that locals as well as visitors to the city may find fascinating and help ground the larger ideas and concepts that are presented to tangible and concrete examples. Fixing Your City is likely a niche interest title. It’s informative, accessible to the layman, well structured, and a wonderful resource for anyone interested in the topic of urban planning.

PLM: What are your hopes and aspirations for the volume as people read it and seek to apply its points in their own urban contexts?

GC: My hope is that:

GC: We know how to fix our cities in response to the emerging climate crisis. The reader’s involvement (decision-maker, general public, academic, planner) is an essential part of the fix.

To find out more about Fixing Your City, go to https://www.fixingyourcity.com/.

August 18, 2019
The Church Calendar Reorders Us: Communal Past and Present
Next Post

August 25, 2019 Mark Your Calendars Daily for Christ’s Return
Recent Comments
0 | Leave a Comment
"When I think of “Christian America”, I think of all of modern mediaand hype that ..."
Emily Tubberville I Can’t Wait for Christian America ..."
"I definitely agree with what is being said. I tend to see Christianity as being ..."
Monica Zherebnenko I Can’t Wait for Christian America ..."
"My AP US History teach in high school once told me, history iswritten by the ..."
Emily Tubberville Why Is the West the Best?
"When I read this I think about worship; in my church, in my own life, ..."
Brandon Buck Are You Smoking What You’re Selling?
Browse Our Archives
get the latest from
Uncommon God, Common Good
Sign up for our newsletter
POPULAR AT PATHEOS Evangelical
1 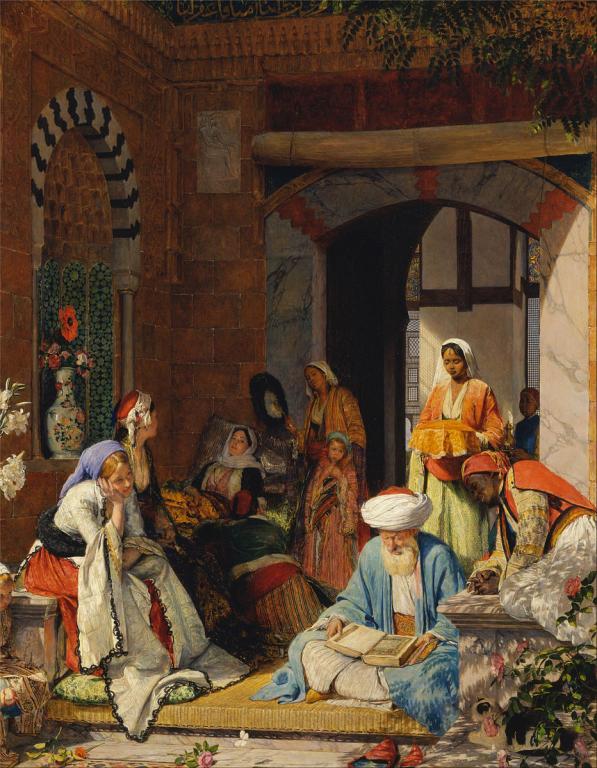