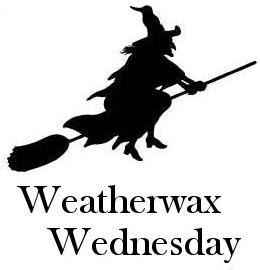 This week’s quote is from Carpe Jugulum. In the passage below, Granny is speaking to an Omnian missionary named Oats. (For more about Om, check out the excellent Small Gods).

Granny said, “It’s no good you trying to make me believe in Om, though… People you can believe in, sometimes, but not gods. And I’ll tell you this Mister Oats…”

She turned to face him, suddenly alive. “It’d be as well for you if I didn’t believe,” she said, prodding him with a sharp finger. “This Om… anyone seen him?”

“But I bet that now they’re arguing about what they actually saw, eh?”

“Well, indeed, yes, there are many opinions-”

“Right. Right. That’s people for you. Now if I’d seen him, really there, really alive, it’d be in me like a fever. If I thought there was some god who really did care two hoots about people, and who watched ’em like a father and cared for ’em like a mother… well, you wouldn’t catch me saying things like ‘There are two sides to every question,’ and ‘We must respect other people’s beliefs.’ You wouldn’t find me just being gen’rally nice in the hope that it’d all turn out right in the end, not if that flame was burning in me like an unforgivin’ sword. And I did say burnin’, Mister Oats, cos that’s what it’d be. You say that your people don’t burn folk and sacrifice people any more, but that’s what true faith would mean, y’see? Sacrificin’ your own life, one day at a time, to the flame, declarin’ the truth of it, workin’ for it, breathin’ the soul of it. THAT’S religion. Anything else is just… is just bein’ nice. And a way of keepin’ in touch with the neighbours.

She relaxed slightly, and went on in a quieter voice. “Anyway, that’s what I’d be, if I really believed. And I don’t think that’s fashionable right now, ‘cos it seems that if you sees evil now you have to wring your hands and say, ‘Oh deary me, we must debate this.’ That’s my two penn’orth, Mister Oats. You be happy to let things lie. Don’t chase faith, ‘cos you’ll never catch it.” She added, almost as an aside, “But, perhaps, you can live faithfully.”

[Oats] thought: my god, if she ever finds a religion, what would come out of those mountains and sweep across the plains?”

One argument against the truth of religious claims, or, at least, the validity of various churches is the behavior of their followers. Most Christians I know, with some notable exceptions, rarely reference their religion, or, if they do, they speak of it as a private matter, a personal spirituality.

In most other areas, people are eager to share information they find to be true or helpful. I, myself, am a fervent evangelist for the casual study of mathematics and will eagerly pitch books like Flatland given even the smallest opening. And, although I think that missing out on mathematics is a pretty awful loss, I don’t equate it with eternal torment with wailing and gnashing of teeth.

Why then don’t many Christians put even the same amount of effort into evangelization as they do into recommending books or music? I can only conclude it is because they don’t truly believe the tenets to which they ostensibly subscribe. Possibly they don’t believe in Hell (universalists being a prime example) or maybe Christianity isn’t any kind of force in their lives, so they don’t see any reason it might be needed by their friends.

Either way, they more closely resemble cultural, secular Jews than true believers. If people want to treat churchgoing as ‘a way of keeping in touch with the neighbors,’ that’s their prerogative, but to call it a religion cheapens the meaning of the word.

June 17, 2010 Follow up to yesterday's evangelism post
Recent Comments
818 Comments | Leave a Comment
"Oh! And you can get there via Naval Gazing.(probably not by Navel Gazing...)"
TheSparksFlyUpward Too Sucky To Be True
"Hello, Deiseach!1. This is not an ad. (It always reassures me when someone says that!! ..."
TheSparksFlyUpward Too Sucky To Be True
""Do you honestly think that a child raised by a woman has no exposure to ..."
Zorin 2012 Queer Blogathon [Index Post]
"I'd love to see a video of how it works. keranique shampoo reviews"
Marlene Garza Welcome Camels with Hammers to Patheos!
Browse Our Archives
get the latest from
Catholic
Sign up for our newsletter
POPULAR AT PATHEOS Catholic
1