Rejoice not when thine enemy falleth

Rejoice not when thine enemy falleth, and let not thy heart be glad when he stumbleth (Proverbs 24:17).

A friend of mine posted the passage above on facebook shortly after the announcement that Osama bin Laden had been assassinated in Pakistan, and it quickly went viral.  A lot of us were looking for a counter to the celebrations that broke out on campus, since it felt like there was something wrong with taking anyone’s death, even Osama bin Laden’s, as a cause for joy.  I was reminded of a post by Abigail, a 3rd order Carmelite, who began trying to pray for bin Laden as a Lenten discipline. 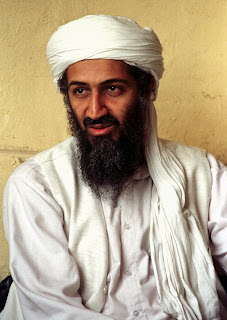 It is good that he will no longer be able to harm others, but I think it is a mistake to conceive of him only as a malevolent force whose effects on others had to be curtailed.  As terrible as he was, bin Laden was a human being.  He may have freely chosen to subsume himself in evil, but that itself is a horrific loss.  For me, there is something uniquely tragic about the death of a person who has done evil and not repented.  One of my Christian friends posted on facebook:

Dying means that a person can never “turn from their ways and live”. It is the act of redemption I care about – any damn fool can end a life and call it justice, but it takes a really powerful act of love to forgive and redeem a life. I never celebrate the closing of the opportunity for a change of heart.

Most people would prefer to be destroyed rather than be party to grave evil.  It’s much worse to imagine doing evil not under threat of death or any coercion but because I wanted to hurt other people.  It makes me sick to imagine losing my grip on morality, whether as a result of willful acts, brain damage, or being placed in a toxic environment.  Imagine being the mother or sibling of a bin Laden and witnessing a journey into psychopathy.  Whatever the cause, I can imagine nothing more pitiable.

The best thing that Christianity has going for it is the concept of grace — the mercy of God that can heal anyone from the damage they’ve done to themselves and to everyone around them as the result of their moral insufficiencies.  It is the part of the Christian world view that I am most jealous of.  Christians can hope that Bin Laden repented before death or that there is some kind of universalist afterlife that offers another shot at redemption.  I can only mourn for a man who became monstrous and doomed thousands of others to death or moral degradation.