Why and How They Hate Us 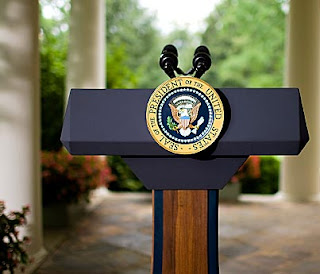 Last week’s post “Trying to Love My Enemies” ended up generating a comment thread that was more focused on how people became my enemies than discussion of how best to seek their good.  A number of Christians raised questions about what was signified by the reluctance of most Americans to vote for an atheist and whether my aggrieved feelings were merited.

Poll numbers alone make it hard to suss out the feelings and motivations of the respondents, and some Christian commenters seemed concerned that other atheists and I were impugning the motives of people who were merely concerned that atheists tend to support policies that they oppose.  I’m sure that accounts for some proportion of opposition to atheist politicians — respondents may not be able to honestly imagine the atheist who agrees with them, as most polls ask them to do.  However, I believe that there is a deeper distrust motivating many of these responses, one that is well illustrated in an essay by Pantheos’s Warren Cole Smith.

Smith’s essay is meant to persuade Christians that Mitt Romney’s Mormonism means they cannot licitly support him.  Although Smith has no equivalent essay against atheist candidates (and we have no candidates to offer) the logic of his argument would seem equally applicable to me as to Romney.  Here are the key paragraphs:

What Weyrich understood was that you can’t have it “both ways” when it comes to Romney’s faith. You can’t say that his religious beliefs don’t matter, but his “values” do. The Christian worldview teaches that there is a short tether binding beliefs to the values and behaviors that flow from them. If the beliefs are false, then the behavior will eventually—but inevitably—be warped. Mormonism is particularly troubling on this point because Mormons believe in the idea of “continuing revelation.” They may believe one thing today, and something else tomorrow. This is why Mormons have changed their views, for example, on marriage and race. Polygamy was once a key distinctive of the religion. Now, of course, it is not. Mormons once forbade blacks from leadership roles. Now they do not. What else will change?

…Placing a Mormon in that pulpit would be a source of pride and a shot of adrenaline for the LDS church. It would serve to normalize the false teachings of Mormonism the world over. It would also provide an opening to Mormon missionaries around the world, who could start every conversation: “Let me tell you about the American president.” To elect a Mormon President is to advance the cause of the Mormon Church.

Atheists, like Mormons, would benefit from the legitimizing effect of having one of us elected to the highest office in the nation.  The first argument is probably less universally accepted when applied to atheist, but it’s not unusual.  It depends how much of the moral law Christians believe is written on the hearts of men and accessible to the heathen.  If it’s only a small proportion, then any agreement between Christians and atheists will only be coincidental and transient.

This is what Christians are implying when they tell be my moral beliefs are arbitrary and ungrounded, while theirs are ordained by God.  They can’t trust any of my moral judgments.  No matter how many correct answers I give, it’s only a case of a stopped watch being right twice a day.

And, in the eyes of many Christians, the result of these beliefs is that, as an atheist, I am not just a bad American, I’m a threat to everyone I meet.  If me or someone like me is the worst-case scenario, the best-case is that I am marginalized and isolated, that, no matter what I argue, my words are dismissed.  I am to be treated as an existential threat.

And that means that Christians like Warren Cole Smith are a threat to me.

These Christians succeed when they push me out of public life and the public sphere.  They are strengthened when judges deny custody to one parent simple because s/he is an atheist and therefore they are a threat to their child.  (They deny us adoptions for the same reason).  They rejoice when billboards that so much as mention our existence are banned as too controversial.  They are upset when the classmates of their children have the gall to discuss their beliefs in the cafeteria (and if the school won’t crack down on the atheists, the Christian parents pull their kids out of school any day they might be exposed to them).

Atheists are treated as subversive, enemy agents.  That might be a more reasonable attitude in a church or during a debate on Christianity, but it’s an inappropriate way to treat us in the public sphere.  Don’t forget that Smith’s arguments can and have been applied to plenty of Christian sects.  I imagine that, as an evangelical, Smith takes a pretty dim view of the infallible authority of the Pope, and many evangelicals would see any correspondence between Sacred Tradition and sola scriptura as coincidental and untrustworthy.  Although firmly opposed sects fear any respect or attention that their enemies win for themselves, they don’t try to censor or isolate them the way they do atheists.

Whether that’s because opinions have softened since the day Thomas Nast drew the cartoon below or because rival sects no longer have firm majorities to wield, I don’t know.  I only hope some kind of acceptance for us comes soon, and I suspect the best thing we can do is to come out as atheists and reap the benefits of familiarity just as the gay movement has. 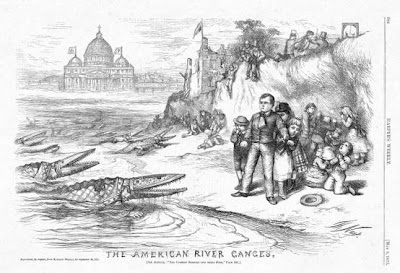 June 15, 2011 Turn the Other Check
Recent Comments
19 Comments | Leave a Comment
"Oh! And you can get there via Naval Gazing.(probably not by Navel Gazing...)"
TheSparksFlyUpward Too Sucky To Be True
"Hello, Deiseach!1. This is not an ad. (It always reassures me when someone says that!! ..."
TheSparksFlyUpward Too Sucky To Be True
""Do you honestly think that a child raised by a woman has no exposure to ..."
Zorin 2012 Queer Blogathon [Index Post]
"I'd love to see a video of how it works. keranique shampoo reviews"
Marlene Garza Welcome Camels with Hammers to Patheos!
Browse Our Archives
get the latest from
Catholic
Sign up for our newsletter
POPULAR AT PATHEOS Catholic
1