Worlds We’re Not Having Sex In 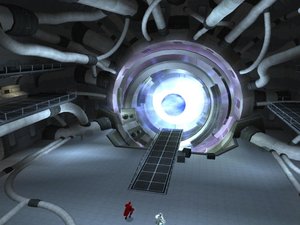 There was a lot of backlash to my Soup Nazi Approach to Sexuality post and the responsibility vs. culpability follow-up. So now it’s time to address the gender-related objections and questions. The gist of the comments was that I was unfairly/arbitrarily letting the woman have all the power in the choice of whether to have an orphan, an abortion, or raise a child (the three options for dealing with a pregnancy).

I was accused both of being anti-feminist and perpetuating sexism by treating women and men differently and of being a radical feminist who was punishing men unfairly. In a different world, I might be on board with the suggestion some commenters batted around: that sex partners should sign a contract prior to sex laying out their agreed-upon obligation in the event of conception. If nothing else, it would impose a waiting period on hookups, which I tend to favor. (I’d love to see the alt-world where parties made sure they had a notary public on hand as well as a designated driver).

But, since that’s not the world we live in, we have to kludge together a least-bad solution that can handle the situation on the ground. That doesn’t mean we can’t try and change the way people approach sexual relationships – my original post was about trying to get people to rethink the way they approach sex – but, in the meantime, I believe a strong expectation of responsibility from men is necessary. Now let’s talk about why. 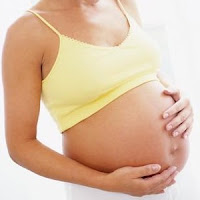 That’s the simplest explanation of why men don’t get to exercise unilateral reproductive choices. This doesn’t cut men off from the option of raising children, they’re able to adopt a child or pay a surrogate, so it’s reasonable to judge that their desire to have a child can’t trump a woman’s desire to not go through pregnancy. For the men who feel they cannot countenance abortion and need a woman to go through with a pregnancy to save their soul, I cannot emphasize enough that people who think abortion is tantamount to murder have a duty to abstain from all sex that is not intended to be procreative.

That’s pretty much the crux of why I feel men don’t get a unilateral choice, or, really, any influence beyond advice when it comes to choosing to bring a pregnancy to term. The other reasons below outline why I don’t think their limited options give them an out on responsibility.

Many women are profoundly uncomfortable with abortion

It’s a lot easier to put the burden of child-rearing solely on the woman who chooses to carry an unplanned pregnancy to term if that’s not the only option she’s got on the table. However, rightly or wrongly (and please don’t debate it in the comment thread), many women are unwilling to have an abortion. Now, I have a Soup Nazi guideline for those women – if you’re not interested in procreative sex, no sex for you! But I know it’s not everyone is going to follow it, or a woman may think she’s ok with abortion in the abstract but feel repulsed when push comes to shove.

If abortion is off the table for her, then any other solution has to take into account the well-being of the child-to-be. A man may claim he’s being punished (or, in the words of one commenter, ‘enslaved’) when he is ordered to pay child support, but, if he doesn’t help out, the person who is being punished the most unjustly is the child. The man can still make a strong pitch for putting the child up for adoption (and, if his only involvement will be financial, the mother should strongly consider it), but if the baby is being raised, basic compassion demands he make sure it is provided for.

And if you’re asking why his involvement is necessary, consider…

The normalization of women in the workforce means that a lot of commodities are priced for two-income households. You can get a decent précis of the problem from this Mother Jones interview with one of the book’s co-authors.

You can object to these constraints and wish reform, but I strongly advise against using the livelihood of a child to heighten the contradictions and draw attention. If you want to make it easier for men to walk away from a child, might I suggest you try to address the…

Lack of a Social Net

If I could ask one thing of the pro-life movement, I’d ask them to throw their support behind TANF (Temporary Assistance for Needy Families) and other similar programs. These welfare programs are specifically intended to support women with children who are living in poverty and to help those women get the jobs they need to take care of their families. The House GOP slated it for cancellation.

I know some of my libertarian friends want to avoid letting government supplant private charity (and some of those friends do try and pick up the slack through work at crisis pregnancy centers), but the question of whether the absence of government is sufficient to reinvigorate private charity is practically moot when you consider the other limiting factors. A tight job market means workers have to be mobile and are frequently separated from their natural support structures – their families. This effect, compounded over time, means family support is often limited to the nuclear family, not the extended tribe.

And, for a final concern…

This last is complex enough to deserve its own post, so please forgive me just gesturing at in, since I’ve already racked up a bit of a word count. The essential problem is that, because of the toxic prevailing sexual culture, women’s choices and their perception of their choices are constrained by the culture they exist in. The headings above were, for the most part, addressed to the good of the child. This last one is slipped in as a reminder that, to reshape culture, we need a strong countervailing force, and expecting sex to have consequences for men seems like a good place to start.