You Gotta be Kind to be Cruel 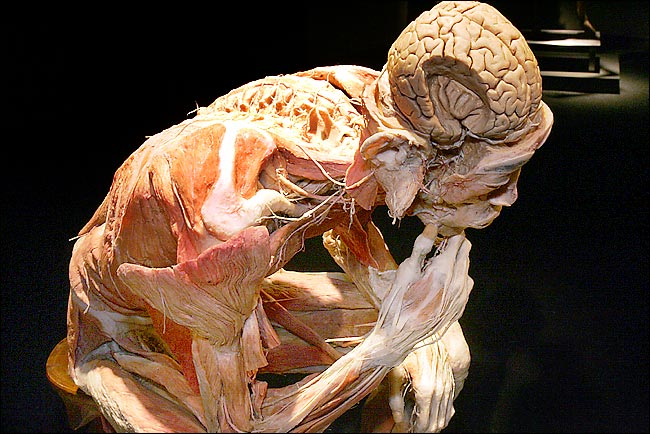 Libby Ann and Daniel Finke are running another installment of their Forward Thinking series, where they ask bloggers to contribute their thoughts on a topic. This fortnight, it’s cruelty.  Daniel kicks us off with this quote from Nietzsche:

Cruelty constituted the great festival pleasure of more primitive men and was indeed an ingredient of almost every one of their pleasures. […] [I]t is not long since princely weddings and public festivals of the more magnificent kind were unthinkable without executions, torturings, or perhaps an auto-da-fé […]To see others suffer does one good, to make others suffer even more: this is a hard saying but an ancient, mighty human, all-too-human principle […] Without cruelty there is no festival,; thus the longest and most ancient part of human history teaches–and in punishment there is so much that is festive.

For me, cruelty seems to entail a strange kind of double think.   We’re able to figure out how to be cruel  because our victims are similar to us.  Cruelty can’t exist without some degree of empathy — the ability to model the way other people think and feel.  So, we lean into that feeling of kinship and connection, and then exploit it to hurt the other person in precisely the way we do not want to be hurt.  Someone being cruel swings back and forth between connection and detatchment.

Near the end of his post, Daniel wonders what to make of our love of villains like the Joker, Hannibal Lector, or Dexter.  Both these men understand humans very well.  They can carry out elaborate schemes, because they know exactly how people will respond to their provocations.  They look on human thought and feeling and understand it without loving or respecting it.  When we watch them, we feel a certain amount of delight at getting to vivisect humanity and safely manipulating it.

In New York City, I got to attend the Bodies Exhibit, where human bodies are preserved, plasticinated, and displayed after death.  I was still pretty gnostic at the time, and found it vaguely embarrassing to be made out of meat.  I almost didn’t go, since I assumed it would make me as squeamish as medical shows.  But, when I turned up at the museum, I was awestruck. 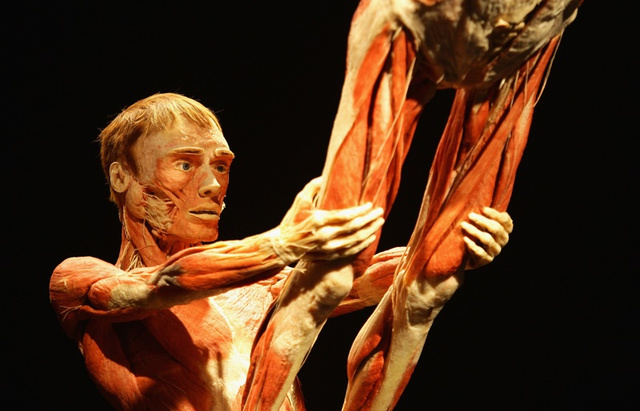 Instead of being disgusted, I was in love.  Much like when I took Immunology in college, I could finally see some of the logic of how my body worked, and I was overwhelmed by it’s efficiency and beauty.  I tried to remember the flayed muscles and blood vessels so I could almost see them when I looked at myself, and I couldn’t be lulled into complacency by the uniformity of skin.   When I saw how the bodies worked, I wanted to hold on to my similarity, so I could carry over that sense of beauty.

But someone indulging in cruelty dissects human feelings without comprehending them as beautiful.  Instead of marvelling at our ability to love, and therefore to lose, a person exploring cruelty avoids drawing parallels between zerself and zer victim.  Even if you delight in your ability to predict and control someone else, you must label that delight as different than the delight you’re denying to your mark.  Or you turn it off all together.  You can change (and degrade) yourself, so you can blot out any fellow feeling for the person you’re preying upon.

Earlier this month, in the New Yorker blog, Daniel Mendelson had an interesting observation about the ways we can betray the bodies of others.

The last of the many articles I’ve read about the strange odyssey of Tsarnaev’s body was about the reactions of the residents of the small Virginia town where it was, finally, buried. “What do you do when a monster is buried just down the street?” the subhead asked. The sensationalist diction, the word “monster,” I realized, is the problem—and brings you to the deep meaning of Martha Mullen’s gesture, and of Antigone’s argument, too. There is, in the end, a great ethical wisdom in insisting that the criminal dead, that your bitterest enemy, be buried, too; for in doing so, you are insisting that the criminal, however heinous, is precisely not a “monster.” Whatever else is true of the terrible crime that Tamerlan Tsarnaev is accused of having perpetrated, it was, all too clearly, the product of an entirely human psyche, horribly motivated by beliefs and passions that are very human indeed—deina in the worst possible sense. To call him a monster is to treat this enemy’s mind precisely the way some would treat his unburied body—which is to say, to put it beyond the reach of human consideration (and therefore, paradoxically, to refuse to confront his “monstrosity” at all).

This is the point that obsessed Sophocles’ Antigone: that to not bury her brother, to not treat the war criminal like a human being, would ultimately have been to forfeit her own humanity. This is why it was worth dying for.

Cruelty cannot negate or deny the capacity of others to love and suffer.  But, in order to inflict it, we may need to deny ourselves membership in humanity, in order to avoid recognizing the gravity of a wrong.  The more we pare down the idea of human dignity, the less we have to rely on in our darker moments, when we half-recognize the ways we wrong others, and need some reassurance that we’re something worth saving. 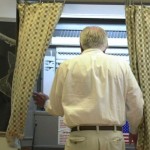 May 27, 2013
Play in a political Ideological Turing Test
Next Post 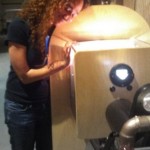 May 31, 2013 7 Quick Takes (5/31/13)
Recent Comments
146 Comments | Leave a Comment
"On that note... I recommend every Catholic and Christian have that post a read. Click ..."
Oktavian Zamoyski Effective Altruism and Caritas [Radio Readings]
"I think too many people have grandiose and unnatural ideas about charity. It becomes a ..."
Oktavian Zamoyski Effective Altruism and Caritas [Radio Readings]
"Jesus wasn’t resurrected as a great miracle simply in order to convince people to believe ..."
John The Two-Lazarus Problem
"The cartoon is amusing, but flawed. One of the four virtues of Stoicism is Justice; ..."
Vulpes Inculta 7QT: Stoicism Man, Semi-Imaginary Money, and ..."
Browse Our Archives
Related posts from Unequally Yoked