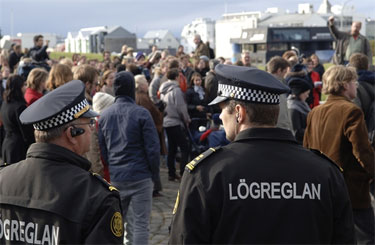 This week, police in Iceland shot a suspect who was shooting at them.  This is the first time in Iceland’s history that its law enforcement has killed a civilian in the line of duty, and the incident made national news.

The Icelandic police department said officers involved will go through grief counseling. And the police department has already apologized to the family of the man who died — though not necessarily because they did anything wrong.

“I think it’s respectful,” [news editor] Arnorsdottir says, “because no one wants to take another person’s life. “

American police officers are also offered counselling after they shoot anyway, but, to my knowledge, it’s not referred to as grief counseling.  Police officers are reportedly reluctant to attend non-mandatory counselling, out of concern that they’ll appear weak and unstable.   But naming the support ‘grief counseling’ makes it sound more natural, to my ears, anyway.  Grief is the natural consequence of a death, and it’s traditionally handled communally.  Grief counselling keeps the focus on both the victim and the shooter.

I was also touched by the fact that the officers apologized to the family.  Sometimes, in a litigious society, it’s hard to tell the difference, but it’s possible to apologize and show regret without admitting blame.  (Scott of Slate Star Codex blogged a case study in the complexities of offering apologies when you work in a hospital).

But, it seems like what the police are saying is that they’re very sorry to have ended up in a situation where they couldn’t come up with a non-violent way of setting things right.  They are charged with protecting all citizens, law-abiding and not, and this man was harmed on their watch.

Grieving is a way of acknowledging that his death was tragic, regardless of whether he incited it himself.  Grief is a response to loss, and here, there is both the loss of the living man, and the earlier loss of his facilities or his hope or whatever it was that caused him to come out of his door shooting.  Although grief is sad, it acknowledges that the world ought to be different, and so I think of it as having a slight tinge of hopefulness.  If we can recognize a gap between the world/our behavior as it is and how it should be, we can look for ways to shrink or close the gap and mitigate the effects of our insufficiency.

I’m on (a belated) day five of a novena to St. Isidore, my saint for the month, and readers are welcome to join me. 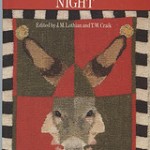 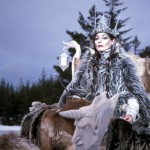 December 9, 2013 Raising the Stakes in Stories
Recent Comments
80 Comments | Leave a Comment
"Oh! And you can get there via Naval Gazing.(probably not by Navel Gazing...)"
TheSparksFlyUpward Too Sucky To Be True
"Hello, Deiseach!1. This is not an ad. (It always reassures me when someone says that!! ..."
TheSparksFlyUpward Too Sucky To Be True
""Do you honestly think that a child raised by a woman has no exposure to ..."
Zorin 2012 Queer Blogathon [Index Post]
"I'd love to see a video of how it works. keranique shampoo reviews"
Marlene Garza Welcome Camels with Hammers to Patheos!
Browse Our Archives
get the latest from
Catholic
Sign up for our newsletter
POPULAR AT PATHEOS Catholic
1