Pope Francis and the Mendicant Christ

Pope Francis gave an interview to La Stampa, and, all caveats about translation aside, these two questions and responses caught my eye:

What does Christmas say to people today?

“It speaks of tenderness and hope. When God meets us he tells us two things. The first thing he says is: have hope. God always opens doors, he never closes them. He is the father who opens doors for us. The second thing he says is: don’t be afraid of tenderness. When Christians forget about hope and tenderness they become a cold Church, that loses its sense of direction and is held back by ideologies and worldly attitudes, whereas God’s simplicity tells you: go forward, I am a Father who caresses you. I become fearful when Christians lose hope and the ability to embrace and extend a loving caress to others. Maybe this is why, looking towards the future, I often speak about children and the elderly, about the most defenceless that is. Throughout my life as a priest, going to  the parish, I have always sought to transmit this tenderness, particularly to children and the elderly. It does me good and it makes me think of the tenderness God has towards us.”

How is it possible to believe that God, who is considered by religions to be infinite and all-powerful, can make Himself so small?

“The Greek Fathers called it syncatabasis, divine condescension that is: God coming down to be with us. It is one of God’s mysteries. Back in 2000, in Bethlehem, John Paul II said God became a child who was entirely dependent on the care of a father and mother. This is why Christmas gives us so much joy. We don’t feel alone any more; God has come down to be with us. Jesus became one of us and suffered the worst death for us, that of a criminal on the Cross.”

When I was in high school, I was bitterly disappointed by the conclusion of Nancy Kress’s Beggars in Spain trilogy (Beggars in Spain, Beggars and Choosers, Beggars Ride).  The trilogy began with genetic engineering, overamped intelligence, and a description of thinking in analogies that filled me with delight.  But, by the time the trilogy ends, a bioweapon had been releases that turbocharged the amygdala to make the infected intensely afraid of novelty.

The problem wasn’t solved quickly or cleverly.  Instead, some of the uninfected or slightly recovered became beggars, helping to draw people out and teach them courage by offering their need.  People who were too frightened to save themselves sometimes overcame their fear when they saw someone who was starving and needed them to bring them food.

I was annoyed by this plot twist.  There was nothing exciting or exclusive about the solution.  Only scientists could engineer an antidote, but anyone could just publicly starve.  I didn’t like the way the protagonists were degrading themselves instead of holding on to their gains while trying to pull others up.  And I felt the kind of bait-and-switch indignation that some people experience reading Narnia — I didn’t know much about Christianity, but I knew enough Nietzsche to recognize this as elevating the weak by virtue of their weakness, and thus Christian.

Helping others is a small c-catholic vocation, it’s open to everyone.  There is always need that can be served, and Pope Francis has keeps talking about children and the elderly, and personally helping them to remind us that (to crib from Les Mis) “to love another person is to see the face of God.”

Responding to the needs of others or being honest about our own need and allowing others to help us is a way of reminding ourselves of the nature of Christ and trying to become like Him.  When the abstract or foreign theological terms like syncatabasis feel very far away, we  can remember Christ’s nature by helping others and remembering, oh yes, he’s the person who does this, but all the time.

And, for me, asking for help or offering boring aid is a way of crushing pride under my foot while helping others.  Which must be why I do it so rarely. 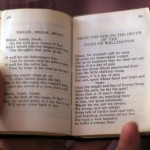 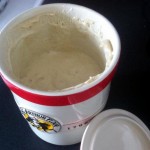 December 17, 2013 It is not good that man should be alone
Recent Comments
0 | Leave a Comment
Browse Our Archives
Follow Us!