What do we choose instead of Light? [Pope Francis Bookclub]

What do we choose instead of Light? [Pope Francis Bookclub] March 10, 2014 Leah Libresco 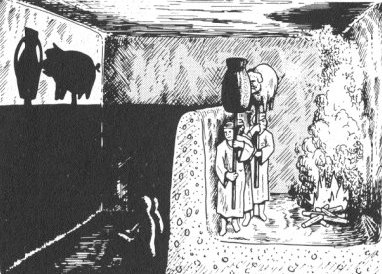 Do we pray to God for the grace of conversion?

At what times in our lives have we preferred the darkness to the light?

My first thought, on reaching the end of the chapter, was, “Well, no one can notice that easily when they prefer the darkness to the light, or they wouldn’t prefer it in the first place.”  But I hadn’t quite finished verbalizing the thought before several examples from my own life obligingly popped into my head to contradict me.  It’s seldom that I feel like I’m deliberately choosing the darkness, but I am aware of not accepting or embracing the light.

When I choose against the light, it usually doesn’t feel like I’m picking darkness, but security or simplicity.  There’s an attraction in having everything settled, even if it’s being settled for the worse (“I can’t count on anyone” “People just don’t like me” “I’ll never get along with her” etc).  I sometimes prefer to circumscribe my relationships and my options, even if I might accidentally be throwing out a positive outcome.

In everyday life, I like to get things settled quickly, so there’s no lingering worry or nagging task.  Instead of trying to remember to take out the recycling, I should put it in a bag and in front of the door now.  If I need to reply to an email, I should write the response immediately, even if I might actually send it later.

But, in order to be a better person, I have to be a little comfortable being unsettled and in progress.  Chores and tasks I can finish cleanly, but almost no relationships can or should be that briskly mananged.

There’s a tendency for religious people who don’t know many atheists to straw man them by saying atheists must hate God, or be making a choice to reject Him.  But most atheists don’t have such strong feelings about a being they don’t believe in, any more than they would actively deny yetis.

If you want to look for a way God can be squeezed out of a life, you don’t need to look for the people verbally denying him, but for the lapses in the lives of people like me (Christian or not) who bundle away opportunities for grace as untidy, and succumb too often to the desire to have life be small enough to fit within the limits of my strength or knowledge, instead of wanting to grow to fit the wide world, instead.

March 10, 2014
Maybe I should add this bingo board to my about page?
Next Post 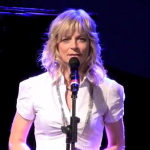 March 11, 2014 Speaking through Song
Recent Comments
94 Comments | Leave a Comment
Browse Our Archives
get the latest from
Catholic
Sign up for our newsletter
POPULAR AT PATHEOS Catholic
1