Making a Home for the Homely in Romance

Making a Home for the Homely in Romance May 28, 2014 Leah Libresco 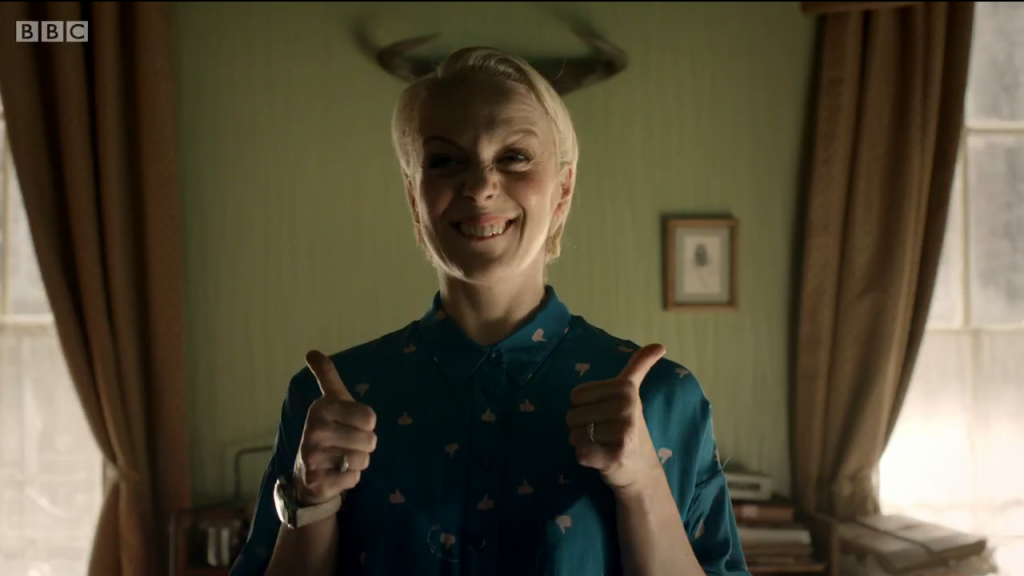 I don’t follow the opera world, but critics made enough of a stir about the attractiveness (insufficient, in their judgement) of a mezzo-soprano in an English production Der Rosenkavalier for the conversation to cross over to the mainstream media.  The NYT brought together two classical music reviewers to comment, and I was particularly struck by this analysis by Corinna da Fonseca-Wollheim:

[O]pera has a complicated history of celebrating and exploiting women, and I can’t help feeling that the gentlemen of the British press corps have unwittingly illuminated an interesting conundrum.

After all, their criticism was that Tara Erraught was an insufficiently attractive Octavian (a trouser role) — rather than an insufficiently attractive woman “in real life.” At least, that is the impression I get from their reviews. I haven’t seen the production, of course, but from the reviews I gather that it opens with the soprano Kate Royal (as the Marschallin) showering onstage in the nude. Now Ms. Royal does have a conventionally beautiful body by contemporary standards. (In Strauss’s time, she would have been derided as too thin.) I suspect that at the sight of her, many male viewers went, “Whoa!” and swiftly zoomed in on Octavian as the lucky kid who — at least for a while — gets to have her. And something about Ms. Erraught’s body ruined that fantasy. As if she weren’t miscast as Octavian, she was miscast as the fantasy image the male viewer wanted to inhabit as Ms. Royal’s lover.

I doubt that the reactions would have been as strong or as unanimous if the same cast had sung “Der Rosenkavalier” in a more conventional production. To display an opera singer stark naked on the stage is to invite a particular kind of gaze. The critics then turned that same gaze on another, clothed, singer and found her wanting. And that body-appraising gaze virtually took over their sense of listening.

In the opera blocking that Fonseca-Wollheim describes, the soprano’s nude body is used as very fast shorthand that the character is desirable.  Plenty of movies and television shows also use nudity or near nudity to convey this message .  When nudity would be a little too risqué, there’s always the slow-motion pan up the actress’s body (preferably as she steps out of a car).

Men sometimes are framed in the same way, but, since their suits tend to be more loosely cut than women’s dresses, their shots look more like a portrait of their (expensive) clothes, while the women’s bodies are more obviously on display.  (And the shot isn’t limited to in-character moments–Cate Blanchett interrupted the red carpet camera at the SAG awards while it panned up from her feet).

The slow pan isn’t always inappropriate, but it’s often lazy.  It’s a visual “As you know, Bob” that quickly informs the audience that the romantic interest is worth pursuing, without having to commit time or dialogue to a less physical demonstration of worth.  But when shows go beyond the cheap signals of desirability, it’s easier for the audience to respect and admire the lover as well as the beloved.

The actress who plays Mary Morstan (John Watson’s eventual wife) on the BBC’s Sherlock is pictured at the top of the post, and is not stunningly attractive in the role.  By which I don’t mean that she’s unattractive, but that she falls into the large middle category of people you wouldn’t turn your head to look at on the street.

On a television show (or at least an American television show) that is unusual.  When she was introduced on the show, I did note that she was relatively plain, by the standards of actresses, and was pleased by it.  We’re introduced to her relationship with John in media res, and, as is actually the case in life, their affection for each other is obvious without the reason for it being obvious to someone who’s just met either of them.

As the episodes unfold, we get a better sense of what about her attracts John: slight mischievousness, a clever way of caring for her fiancé and his best friend, quick thinking in a crisis, plus spoiler spoiler spoiler, etc.  Instead of having a universally desirable love interest, we have one who is particularly interesting for John, which tells us more about his character than “is attracted to pretty women” which is usually all we learn about the male lead.

The quick gesture at hot-equals-desireable sells both parties in the relationship short.  It can warp our appreciation of the secondary characters, if they aren’t given visible-at-a-glance virtues, and thus don’t appear to be on the same level as the leads.  It makes the world and the characters that inhabit it simpler and smaller.

And we’re liable to carry those lessons over into our own lives, where relationships are expected to prove themselves at first blush with a frisson of arousal, rather than in the slow blossoming of respect and mutual reliance.  Romance movies may need to squeeze into two hours, and operas into three or four, but there’s no excuse for relying on shortcuts when your story will unspool over an entire life.

Today I’m beginning the Novena to Mary, Undoer of Knots, and you’re welcome to join in.

May 27, 2014
Amazon Foreshadows Internet Fights to Come
Next Post

May 29, 2014 Fear of the Friendzone, Wire Monkeys, and Communion
Recent Comments
0 | Leave a Comment
"Jesus wasn’t resurrected as a great miracle simply in order to convince people to believe ..."
John The Two-Lazarus Problem
"The cartoon is amusing, but flawed. One of the four virtues of Stoicism is Justice; ..."
Vulpes Inculta 7QT: Stoicism Man, Semi-Imaginary Money, and ..."
"Do You Know what isn't Fair? Calling Atheism a Religion. Or saying Dawkins is a ..."
skwills Who Gets to Give the Courtier’s ..."
"Oh! And you can get there via Naval Gazing.(probably not by Navel Gazing...)"
TheSparksFlyUpward Too Sucky To Be True
Browse Our Archives
get the latest from
Catholic
Sign up for our newsletter
POPULAR AT PATHEOS Catholic
1