Why Make People Derive the Rules for Sex Themselves?

I’ll be sending the monthly update on my book Arriving At Amen: Seven Catholic Prayers that Even I Can Offer next week, and if you get the email, you can enter a lottery to get an early copy.

After I wrote a post on practical questions to ask about consent and coercion (and the way making a habit of these questions can develop your care and compassion), one of my commenters was concerned that telling people how to have sex more ethically is unethical, if I wind up implicitly condoning premarital sex.  Martel wrote:

Leah, I’m just curious as to what you think the point is of analyzing contemporary extra-marital mating rituals, which are gravely immoral on account of taking place outside the bond of marriage? To take an extreme analogy, it’s a bit like discussing the parameters and nuances of how a person ought to go about copulating with an animal. Or, to take a less extreme analogy, it’s like evaluating an ethical situation on the assumption of the validity of utilitarian moral principles: a purely academic exercise of little to no value–unless, that is, it’s intended as a reductio ad absurdum of utilitarianism.

And I’d respond, first of all, that asking questions about consent and trying to lessening the cost of “No” is certainly something married couples can and should think about in their sex lives, but it’s also completely relevant to couples who are going steady (or thinking about doing so) and not having sex.

Thinking considerately about consent, from the “How can I be good to my partner” perspective, not the “What exactly are the limits of what I’m allowed to do?” one isn’t a kindness that should be limited to the bedroom.  It’s a good disposition for all parts of a relationship, including, say, when trying to cajole your wife, Cathy, to attend one of your book release parties (Last 5 Years comes out tomorrow!).

We tend to talk most about consent/consideration in the context of sex, because (a) it’s topical, (b) it has legal ramifications, and (c) for many people, sex tends to feel much more physically and emotionally risky than other “asks” in a relationship, but that doesn’t mean we have no reason to try to develop and deploy care in other spheres of a relationship.

Now, on to the broader question of giving advice that is applicable to premarital sex and isn’t simply: don’t do it.

A lot of the time, when writing, I’m more focused on the former than the latter.  A desire to do the right thing will spur people to keep reading and thinking and working on error checking their understanding of “what the right thing is” because their desire to behave well/love others properly/etc is strong.  Someone who is asking “Are the costs of my partner’s “No” low?” is cultivating a care for and attention to their partner that should lead them to discover other behaviors to alter, as they become closer and more caritas-y.

In short, on lots of ethical issues, but especially the ones where I think I might be writing to an audience that doesn’t share a lot of premises with me, I want to give my reader a bearing, not a destination.  I want to suggest a habit of thought that is likely to strengthen the intellect and/or the conscience and allow the person I’m talking to to rederive what’s important ethically.  It’s more robust than trying to just hand off rules I suspect they don’t agree with.  For this reason, I’ve frequently recommended some of Dan Savage’s writings to my friends, including Catholic friends who won’t be taking some of his “when it’s ok to cheat” advice.  I recommend him because Savage is good at the rules of inference part of sexual ethics, and he communicates clearly, vividly, and briefly.

One of his best maxims is the Campsite Rule (a must, he says for the advantaged person in any couple with a big power dynamic in play–age gap, professional gap, etc–but encouraged for anyone).  The Campsite Rule is just applying to people what you’ve already been told to do to literal campsites: Leave this place/person better than you found it.

The way I think of it is with a computer science metaphor.  Savage and I are giving people a general algorithm and a pointer to where some of the data they need to run the algorithm is stored.  But, when we hand off this rule alone, we’re not checking the accuracy of everything that’s stored under “better” just saying that you need to pull up that list and use it as a criteria when you check how your relationship is going, or whether it’s a good idea to start one.

That can be a massive improvement for someone (let’s call her Alice) who was previously just using an ethical algorithm for looking up whether she was happy (for whatever criteria she stored in her “happy” list) and whether her partner, Bob, was objecting (for whatever counted as enough reluctance to make it to the “objections” list she had stored).

If Alice were my friend, I might have a number of disagreements with the contents of her “happy” and “objections” list — maybe she doesn’t have “silent, but unhappy seeming” as an implicit “objection” that should trigger reflection and is concerned only with Bob’s explicit “No.”  But trying to get Alice to change what’s on her “happy” and her “objections” list would be a secondary priority to getting her to add another list — something more about “Signs of Growth.”  Right now, she’s mostly concerned about enjoying her relationship with Bob, without pushing him over some unhappiness threshhold.  I would want her to add a filter, and to check that her relationship is making both her and Bob more of their best selves.  Which, again, would introduce a new list of what “best self” looked like, and then Alice and I might have some argumentative bookclubs on the subject of teleology.

But it’s a lot easier to argue about the contents of a list once your friend has agreed to create and use one.  It’s easier to talk about what Alice should do to will Bob’s good than to try to sneak it onto her list of what makes her happy, and leave her general outcome unchanged.  Plus, once Alice cares about the “Growth” list, she may wind up discovering criteria that belong under that heading, including ones that I’ve left off my own list due to obliviousness, pride, or acedia.

And then, it’s my friend’s to figure out how to nudge me toward wisdom. 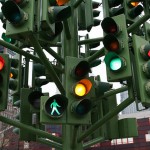 February 11, 2015
Ethical Sex: Paying attention to the consequences of "No"
Next Post

February 13, 2015 Looking forward to The Last 5 Years tonight!
Recent Comments
0 | Leave a Comment
""Do you honestly think that a child raised by a woman has no exposure to ..."
Zorin 2012 Queer Blogathon [Index Post]
"I'd love to see a video of how it works. keranique shampoo reviews"
Marlene Garza Welcome Camels with Hammers to Patheos!
"Logismoi (the plural of logismos) are a fairly simple concept; they are whispers from either ..."
Rob, Portland Logismoi, Vampires, and Other Intrusive Thoughts
"I imagine I’ll do a lot more reading and pick a lot more fights over ..."
Donalbain A little about the queer stuff
Browse Our Archives
Follow Us!