Life Lessons that Can’t be Taught at College’s Scale 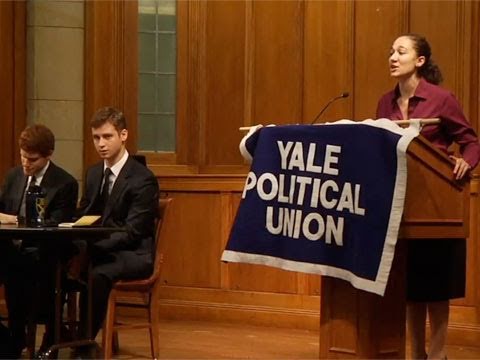 In Ethika Politika, Margaret Blume explains why she’s preferred her studies at Notre Dame to her undergrad years at Yale, my own alma mater.  Yale has distribution requirements (Writing, Science, Humanities, Quantitative Reasoning, etc), but no single course is required — your math credit can come from econ or astronomy or set theory.  Blume found that the Chinese menu course of study left her and some of her classmates feeling ungrounded:

Yale’s system, which does not include theology and is based upon “distribution requirements” and “learning goals” rather than disciplines, left me with a mind that has needed these four years at Notre Dame in order to think coherently. True, I was surrounded by exceptionally smart people and an intellectual energy and rigor that Notre Dame would do well to encourage, and my mind became sharper and quicker and more aware of its own workings. But this only accelerated the crisis: I began to ceaselessly seek some regulative ideal for truth that could unify the fragments of knowledge I had gathered, and lead my mind out of its own turnings. It took the intellectual journey of a 196-page senior thesis for me to understand that what I was really looking for was theology. After four years in Notre Dame’s theology department, I know that what I was really looking for was Scripture.

I was fortunate to receive a superb Catholic education before going to Yale, and so the arbitrary, piecemeal academic system made my mind restless and confused, rather than superficial. For many of my friends, however, the inability of various disciplines to speak to one another was taken for granted, and they became accustomed to contradiction, and to mechanistic or fuzzy thinking. Notre Dame’s current core curriculum requirements, on the other hand, ensure that students have at least encountered sources that unlock the mind’s capacities.

I’d agree that, at Yale, the classes alone don’t force students to think in terms of synthesis and larger truths.  Leave aside the question of interdisciplinary connections — even within a single field, there was a big difference between the philosophy professor I had in my second term of Directed Studies, who mostly seemed interested in whether we could accurately recapitulate our readings, and Professor Andre Willis, who I had first term, and who, after going over the Enchiridion of Epictetus, would make sure to leave time to ask us, “So… Stoicism.  Would you do it?”

Mostly, though, I got content from my classes, and needed to think about what to do with it on my own.  I did wind up finding blogging (and op-ed-ing for the YDN) helpful here — having a content monster to feed makes me keep forcing collisions between everything I know and all the problems I’ve encountered, in the hopes of finding a somewhat useful 500-800 word idea.

But the thing that really did for me what Blume didn’t find until Notre Dame was joining the Yale Political Union.  While the main debate group tackled more policy-ish topics (this year, the undergrads have done: R: Stop Enhanced Interrogation, R: Nationalize Banks, R: Zone for Mixed Income Housing, and others), the smaller parties within the Union handed the personal as well as mainstream policy questions (R: Free Love is Neither, R: Bring Back the Stocks [debate on shaming]).

Twice a week (at least), I’d be reaching over my readings, my lived experience, and anything else I had on hand to figure out what the most important question I had about vengeance/damaging knowledge/marriage, etc was, and how I would explore it.  Debates often acquired a few running hypothetical that were focused on how to live a philosophy, not just articulate one.  I don’t think I would have retained or probed what I read in class half as well if I’d only been asked to make 7-20 page papers out of my syllabi.

For me, the Yale Political Union and the party debates (complete with all the jovially antagonistic coffee dates that followed speeches) were a chance to live Mrs. Basil E. Frankweiler’s advice:

“No, I don’t agree [that you should learn a new thing every day]. I think you should learn, of course, and some days you must learn a great deal. But you should also have days when you allow what is already in you to swell up inside you until it touches everything. And you can feel it inside you. If you never take time out to let that happen, then you just accumulate facts, and they begin to rattle around inside of you. You can make noise with them, but never really feel anything with them. It’s hollow.”

I’m glad that Blume found something like this at Notre Dame, but I’m glad that my Yale classes added fuel to this kind of growth, but weren’t the forum for it.  Our debating circles were chosen and intimate — it was possible to bring up a real problem you were struggling with among people you mostly trusted.  In class, translating Don Quixote to your own life too often would have been disruptive or would have been odd to do in front of semi-strangers.

I needed more space to let what was inside me swell up until it touched everything, more space than could be found even in a seminar room, regardless of whether it was plugged into a core curriculum.  And I needed comrades to test my ideas, who cared b0th about philosophy generally and particularly about me.  I needed a collegial environment more than I needed college, institutionally.

And I doubt whether schools can pull off the intimacy and intensity needed for their whole campus at once — it’s probably more important to foster smaller, chosen crucibles. 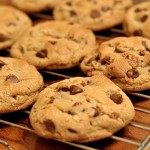 March 5, 2015 Effective Altruism & Ethically Questionable Cookies
Recent Comments
0 | Leave a Comment
"On that note... I recommend every Catholic and Christian have that post a read. Click ..."
Oktavian Zamoyski Effective Altruism and Caritas [Radio Readings]
"I think too many people have grandiose and unnatural ideas about charity. It becomes a ..."
Oktavian Zamoyski Effective Altruism and Caritas [Radio Readings]
"Jesus wasn’t resurrected as a great miracle simply in order to convince people to believe ..."
John The Two-Lazarus Problem
"The cartoon is amusing, but flawed. One of the four virtues of Stoicism is Justice; ..."
Vulpes Inculta 7QT: Stoicism Man, Semi-Imaginary Money, and ..."
Browse Our Archives
Related posts from Unequally Yoked