Combating Bigotry in the Wake of 9-11

The terrorist attacks were both a direct assault on the lives of Americans on our own soil and an assault on our culture and symbolic life. They created in many of us an unprecedented willingness to exchange some of our taken-for-granted freedoms for the promise of security.

People like to say things like “9-11 brought us together,” and in many cases this is no doubt true. In the aftermath of tragedy people often do feel more bonded together, more united, more connected. Emotions are heightened, “tribal” connections are felt more deeply, patriotism is celebrated and enhanced. This was all certainly true in the minutes, hours, and days after 9-11.

But on the flip side, it also intensified many of our anxieties, fears, and distrust of others. It intensifying our bigotry toward those who do not look like us, talk like us, or believe like us.

A team of psychologists who research and study “death anxiety” and the ways that human beings psychologically, emotionally, and behaviorally manage their fear of death [the field of research is often called “Terror Management Theory”] published a collection of their (and others) research pertaining to the impact of 9-11 on Americans.

They showed that our responses to 9-11 were many and varied, but they were coalesced around some clear patterns. When people are reminded of their mortality, of the inevitability of their death, they react to that awareness in predictable ways. One of those predictable responses is intensifying bigotry. They write,

People who are merely different are likely to be dealt with harshly as a result of heightened concerns about mortality. A large body of research has shown that mortality salience [awareness] leads to increased prejudice, stereotyping, and bigotry–presumably because the mere existence of those who are different from us is inherently threatening in that it calls into question the absolute validity of our own death-transcending cultural worldview. (104).

Our psychological ability to ward off anxiety about death is often dependent on cultural and ideological homogeneity. The “mere existence” (in close proximity) of people different from us serves to threaten the purity of our worldview–and therefore undermines the security of our existential wall against the fear of death.

Thus, when people are in strong need of protection from anxiety, as has been shown to be the case when they have been reminded of their mortality, their tendency to stereotype and reject those who are different from themselves is likely to be exaggerated. (105).

Bigotry is real and it is pervasive. It comes out most strongly when we feel most threatened.

Politicians, I have noticed, have a way of capitalizing on our existential fears, heightening our sense of being threatened, and then offering to provide us (and our way of life) protection from those threats. Security, security, security.

But as we trade in our freedoms and our diversity for security, we also unleash the intensification of bigotry. And we find ourselves more and more divided, with deeper and deeper tribal borders, more and more hostility toward those who, by their mere presence, threatens our “way of life.”

I was glad to see yesterday the announcement that Obama will increase the number of Syrian refugees this coming year to 10,000. Before 9-11, the U.S. had a fairly open and hospitable approach to refugees–welcoming hundreds thousands of refugees in any given year. But that changed after the terrorist attacks.

As the Washington Post explains, since then “the number of refugees allowed into the United States slowed sharply, dropping to 27,131 in 2002. The numbers have risen steadily since then and last year amounted to 69,987 — just below a cap of 70,000.”

But while many people think this announced increase is not nearly enough for a country with the size and resources of the U.S. (Germany may take in more than 800,000) others are critical of the announcement. Rep. Peter King, for example, said, “Our enemy now is Islamic terrorism, and these people are coming from a country filled with Islamic terrorists.”

Obviously militant Islamic terrorism is still very much a real threat. But refugees, by definition, are fleeing oppression, terror, and fear in their own countries to come to a safer place–not to do harm. And there will be extensive background checks, as the WP article explains. But it’s true: the stark reality is that no one can guarantee that none of those immigrant refugees will do no harm to any one in the U.S., just as no one can guarantee that they will not be harmed while here.

Given the extremely low likelihood of you (if you’re reading this in the U.S.) or I actually dying in a terrorist attack, the more pressing question is whether we will finally succumb, not so much to terrorism, but to the terror of our own fears.

September 10, 2015
On Morality: Did Christianity Introduce Anything New?
Next Post 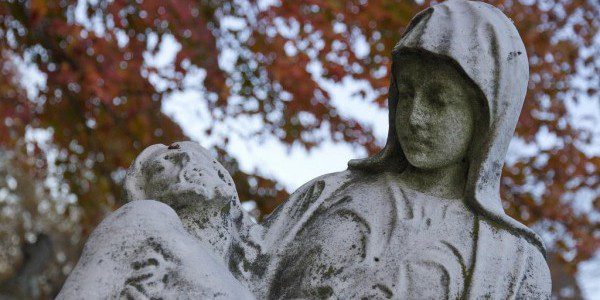 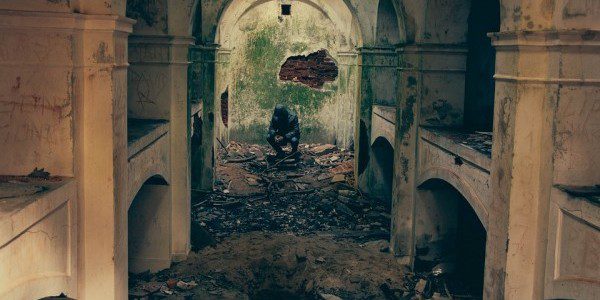