On the Origin of Modern Apologetics and the Loss of Mystery (via Charles Taylor) October 17, 2016 Kyle Roberts

Try this: Scan the Bible (in vain) for any sustained, intellectual interest in the so-called “problem of evil.” 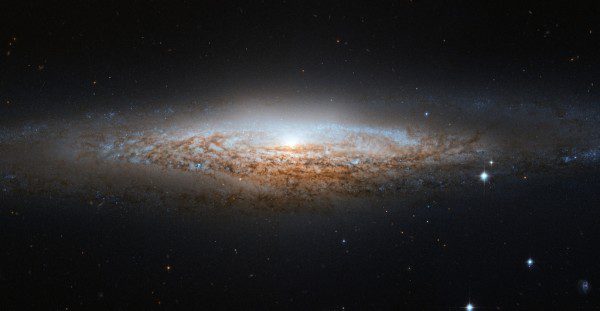 So why do the biblical authors seem to lack any sustained interest in theodicy (defending God’s goodness in the face of evil and suffering), when Christian theologians are often very engaged in that whole constellation of questions?

Charles Taylor, in his monumental book, A Secular Age, argues that the modern theodicy discussions came about in large part due to a shift in the way human beings understood themselves in relation to the larger world and to God as creator.

His discussion of this comes in his chapter 6, titled “Providential Deism.” This chapter is part of his larger argument, in which he identifies the sources of the shift from a generally traditional theistic outlook, in which people naturally see themselves as more or less dependent agents in a world created by God, set within a hierarchy of order, and participants in an order of life imbued with transcendent meanings, brimming over with mystery and teeming with spiritual life (angels, demons, etc.). It’s a world organized by special divine providence, but one in which people didn’t often feel the need or the empowerment to ask “why?”

In the larger argument, Taylor is moving the reader to an understanding of why a human experience defined largely by our place in the larger order of things and submitted to the sovereignty of God could be replaced, at least for many people, with an entirely new option: “exclusive humanism.”

Exclusive humanism is made possible in part by the “disenchantment” of the world and by the loss of mystery and a sense of a personal God or even a transcendent being, around which we organize our lives, our values, and our priorities. *But Taylor notes that exclusive humanism is not just made possible by “subtraction” (the loss of beliefs in the supernatural or of a divine creator who providentially guides the world, etc.). There is “addition” too, but more about that in another post.

Back to the theodicy point: Taylor suggests that it is due to the anthropocentrizing of religion, a new orientation on human beings as the epistemological center of things, a loss of the need for divine grace (an extreme kind of Pelagianizing of religious experience), a growing sense that the ultimate purpose of created life can be discovered by human beings on their own, and a belief that the ultimate purpose of life can be discovered within this life (within the “immanent frame”) with little or no necessary reference to a transcending purpose or measure for the meaning of life.

In short, for the purposes of the origin of theodicy, human beings came to see themselves as having a capacity to discern the orders of the world and the purposes of God (the “divine design”) with minimal or no reference to mystery–i.e. with nothing left over.

We began to take up a posture of “disengagement,” with an assumption that the use of rationality (and of the scientific method of observation) could get us to an explanation of ultimate things and of ultimate meanings.

This led to Deism on the one hand, and to fervent, rationalist apologetics, on the other. Or even to combinations of the two, like sides of a single coin.

This is, of course, the classic stand of disengagement, laying out the universe as a tableau, from which the thinker is disintricated; even though he may also recognize that he figures as a small component within it, this is not the vantage from which he is now contemplating the whole. We are in what Heidegger has called “the Age of the World-Picture….

How does this effect the religion and apologetics of this time? Well, perhaps the confident way in which God’s purposes are being read off the Universe, and his good intentions demonstrated, reflects precisely this stance of the World-picture, the disengaged grasp of the whole, which has put behind it the sense that the higher levels may not be fully scrutable.

In other words, the “higher levels” (God’s action and the divine purposes) are assumed to be open to scrutiny now by enlightened thinkers who have access to the structures of the universe and the nature of human life.

More, perhaps the very emphasis on theodicy, on proving the goodness and justice of God from the universe, which dominates the apologetics of this age, reflects this disengaged stance. One can always be induced to question God’s rightness. After all, Abraham an Moses started way back arguing with God about his intentions. But the certainty that we have all the elements we need to carry out a trial of God (and triumphantly acquit hims by our apologetic) can only come in the Age of the World-picture. Indeed, an increased preoccupation with theodicy seems to be a feature of this age.

Early, in dire straits in the world he made, we can more easily be inclined to appeal to him as helper and saviour, while accepting that we can’t understand how his creation got into this fix, and whose fault it is (presumably ours). Now that we think we know how it all words, the argument gets displaced. People in coffee houses and salons begin to express their disaffection in reflections on divine justice, and the theologians begin to feel that this is the challenge they must meet to fight back the coming wave of unbelief. The burning concern with theodicy is enframed by the new imagined epistemic predicament. (232-233)

Taylor is right to point out that rational, “triumphant” apologetics goes hand in hand with an over-inflated self-esteem of humanity–and in particular a lack of epistemic humility. But the more interesting point he makes is that modernist apologetics, along with its similarly triumphalist and reductionist counterpart in some forms of atheism (forms increasingly popular today) is grounded in an anthropocentrism that prematurely excises mystery, to its own detriment.

October 14, 2016
The Virtue Gap: Our Current Mess and the Church's Place in it
Next Post