Was Jesus Intersex or Was Mary?

When I began researching the material for A Complicated Pregnancy: Whether Mary Was a Virgin and Why It Matters, I knew I would find the material on the scientific phenomenon parthenogensis (asexual reproduction) fascinating.

I didn’t know how much it would blow me away, though.

Parthenogenesis is defined (via Wikipedia) as “a natural form of asexual reproduction in which growth and development of embryos occur without fertilization.”

When I first starting writing the book, I thought parthenogenesis would lend at least tacit support to the story of the virginal conception of Jesus in the womb of Mary. If, as the theologian Origen suggested–as early as the first century C.E, mind you–female birds can reproduce without the assistance of a male, then why couldn’t Mary, the mother of God? Or more to the point: If birds (and sharks, and lizards, etc.) can conceive asexually, why couldn’t the Son of God be virginally conceived in his mother’s womb?

And from the perspective of countless Christian believers, who needs the science of parthenogenesis anyway? A miracle is a miracle–end of story.

But it does get a little more interesting when you realize how human genetics works in procreation. If parthenogenesis were a biological phenonenon among the human species (which it isn’t), any child born asexually would be a female.

In her fascinating book, Like a Virgin: How Science is Redefining the Rules of Sex, Aarathi Prasad refers to Sam Berry’s hypothetical but scientifically-based scenario whereby Mary could have conceived virginally–from the point of view of biology, not of divine miracle. The first challenge is that Jesus was a son and not a daughter. Asexual reproduction by a human virgin mother, hypothetically speaking, would result in the birth of a daughter, since women carry an XX sex gene, lacking the Y chromosome which determines male sex. When a boy is born, he has his father to thank for passing along the XY sex gene.

There is a workaround: Jesus could have been biologically intersex, born with an atypical genetic makeup, rendering his physical makeup somewhere between the typical male and female. Alternately, Mary could been intersex, carrying the Y chromosome herself and passing it on to Jesus. As Prasaad puts it,

In theory, Mary of Nazareth might have been a genetic chimera…to have any chance of fertilizing herself, Mary would need to have been formed from a set of twin embryos, one male and one female, who fused into a single body while maintaining both sets of chromosomes – Y and all.

But even this unique genetic composition wouldn’t have been enough for Mary to be capable of self-fertilization. Had Mary been intersex she could have possessed fully functioning male and female sexual organs capable of triggering fertilization within her own body–a remarkable feat which has never been scientifically documented.

Her sexual organs would also have needed to be uniquely arranged for parthenogenesis to occur. Prasaad again:

This is an intriguing thought experiment, in Berry’s view, but it is also an unlikely scenario, not least because Mary’s body would have to achieve a truly miraculous balance between male and female hormones and reproductive organs.

But what’s the big deal with a little miracle, right?

For countless believers, none of this science is relevant anyway, because God could have just done it, and that’s that–even without fiddling with genetics or arranging bodily organs.

But it should make us wonder: Doesn’t it make a lot more sense that God used human conception  to bring about the incarnation of the divine son of God?

For more reasons why a human conception makes the most sense of the incarnation, see A Complicated Pregnancy: Whether Mary Was a Virgin and Why It Matters.

December 15, 2017
Reading the Virgin Birth as Legend (or Creative Hagiography)
Next Post 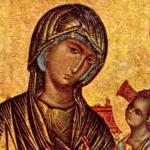 December 23, 2017 Virgin Birth or Incarnation? Why You Can't Have Both
Recent Comments
0 | Leave a Comment
Browse Our Archives
Related posts from Unsystematic Theology