As Jesus and his disciples began their final entry into Jerusalem, prior to Jesus’ trial and crucifixion, crowds gathered along the roads.

This is the setting for the “Palm Sunday” accounts, told in each of the four Gospels. Matthew’s account includes a “fulfillment” quotation from Zechariah 9:

“Tell the daughter of Zion,
Look, your king is coming to you,
humble, and mounted on a donkey,
and on a colt, the foal of a donkey.”

The reference to Zechariah, noting the “humble” king who rides a donkey, suggests that this king comes in peace rather than armed for war. Granted, in the original context of Zechariah, the king comes in peace as a conquering hero who has vanquished his enemies and is now celebrated. But in Matthew, the picture is different.

Jesus, the royal Messiah, has not conquered any enemies in any traditional sense (not with physical violence). He has not lifted a sword or led an army into battle. And he will soon command that his enthusiastic disciple, Peter, put away his sword–for his kingdom has nothing to do with the use of violence.

No, this kingly Messiah is on his way into Jerusalem to suffer and to die an ignominious death on a cross at the hands of the Roman Empire and at the prompting of institutional religious authorities.

As he begins his final days of life, the crowds praise him nonetheless, perhaps recognizing that his kingdom is not one of worldly strength and the power of violence, but of service, of vulnerability, and of love. But they also recognize that Jesus was powerful nonetheless–as a healer of both physical and spiritual sickness and as a prophet in the line of the great Hebrew prophets whose penchant for truth put him in grave danger.

Matthew depicts Jesus again and again as the royal Messiah, a descendant of David and the fulfillment of prophetic expectation. But this Messiah comes in peace.

It’s often only the children and the “little ones” (vulnerable, marginalized outsiders) who “get” Jesus in Matthew. They are the ones who can really see the kingdom, who can truly experience its power, and who understand what Jesus signifies.

Incidentally, and perhaps by way of application or at least illustration, I can’t help but connect the children in Matthew, those “crying out in the temple” (Matt 21:15) who “see” the true values of the kingdom with those children who are today peacefully but insistently marching and proclaiming the value of peace and the basic right to safety–against the institutional powers which seem motivated by other agendas.

*For a deeper exposition of this passage and many others in Matthew, see the forthcoming Matthew (The Two Horizons New Testament Commentary), co-authored by Jeannine Brown and I.

March 5, 2018
Want to Understand Bultmann? Here's a Little Book For You
Next Post 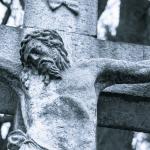 March 30, 2018 If He "Emptied Himself" Was He Still God? A Good Friday Question
Recent Comments
0 | Leave a Comment
Browse Our Archives
Related posts from Unsystematic Theology