Virgin Birth or Incarnation? Why You Can’t Have Both

As I worked through the arguments for and against the virgin birth, the single most important discovery for me was this: You can’t have it all.

That is, you can’t have a virginal conception and an incarnation.

In the first century, they could put the two together conceptually. It made sense, given their understanding of biology, procreation, and so on. Yes, the virgin birth (for the biblical writers and the early theologians) was predicated on a divine miracle. God interrupted normal causation, typical biological processes, entered history and did a new thing.

But in the first century context, there was nothing inherently contradictory in the notion that the mechanism of the incarnation was a virginal conception.

Now, however, we have a very different understanding of how conception works. Sperm meets egg, fertilization leads to life. Both male and female are required to make a true human.

This means that the virginal conception isn’t just a miracle, but it actually undermines the meaning of the incarnation itself. It works against the idea.

Some prominent early theologians insisted that, for the incarnation to have been a true incarnation, the Logos had to have “taken flesh” from his mother. The baby Jesus needed to have taken something of physical nature from his mother–this is what ensured that the Christ was truly flesh of our flesh, bone of our bone. As Gregory of Nazianzus put it: “What has not been assumed has not been healed.”

This directly countered the Docetic view of Christ, which held that Christ was not a true human, but was a phantasm, a mirage; he only appeared to be human.

But for the early Christians, Christ had to take from our very nature–our very flesh–and become truly 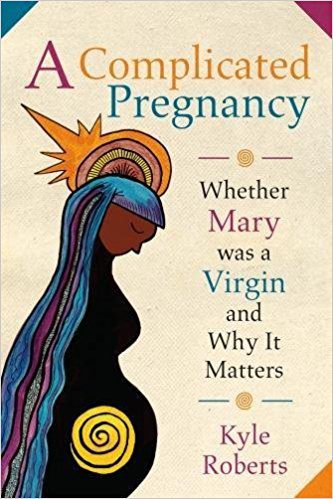 human to heal us. Docetism was considered an inadequate Christology for its deficient view of the incarnation.

From the perspective of contemporary understanding of biology, a virginal conception leads to a Docetic Christology.

What we should consider, given our understanding of how concception works, is that the Logos didn’t just need to take flesh from his mother, but from his father, too.

To my mind, that’s the most compelling reason for Christians to move beyond a literal reading of the virgin birth stories and to accept a fully human conception as the mechanism for the incarnation.

If you believe in the incarnation and if that’s important to your Christian faith, you might take another look at the virgin birth.

For a fully developed version of this argument, see A Complicated Pregnancy: Whether Mary Was a Virgin and Why it Matters.