If He “Emptied Himself” Was He Still God? A Good Friday Question

Good Friday is a good day to think about kenotic Christology.

Kenosis is a tranliteration of the Greek κένωσις, which relates to Philippians 2:7, the passage which states that Christ “emptied himself” (ekénōsen) or made himself nothing by taking on the form of a human being.

In short, the incarnation meant that the Son of God accepted limitations, constraints, or at least a willingness to undergo some kind of transformation during the course of his incarnate life–if not also after the resurrection into perpetuity.

One of the great problems that kenotic Christologies have to deal with is the question if the Logos changes form in Jesus of Nazareth and accepts contraints on his capacities (not considering equality with God something to be “grasped”), how can we continue to affirm the full divinity of Jesus?

In other words, if  in the incarnation the Logos gives up certain attributes that theologians assume belong to God, such as boundlessness, exhaustive knowledge, immunity to temptation, etc., then doesn’t the Logos actually become less than God and therefore not God at all?

Thomasius deals with this problem by making a conceptual distinction between abolute (or immanent) attributes and relative attributes.

“Atttributes that pertain to the former [‘immanent’], such as absolute power (of self-determination), truth, holiness, and love are essential to deity and thus retained by the Son in his incarnate state; those that pertain to the latter [‘relative’], such as omnipotence, omniscience, and omnipresence are deemed not essential to deity by Thomasius and can thus be relinquished by the Incarnate Son without any loss of divinity.”[1]

In other words, some divine attributes belong to God as God–they are assumed to be essential to what God is. Other attributes describe the manner in which God relates to that which is not God (i.e. to creation) and can be altered without disrupting or undermining the essence of God.

As Thompson puts it,

“For it is the goal of a kenotic Christology to make a little more understandable how it is that the pre-existent Son can enter into a fully human condition while retaining both divinity and unity of person.” (77-78).

One implication of a kenotic Christology that is especially relevant for reflection on Good Friday is this: The incarnation means that the Logos “divests”  the “divine mode of being in favor of the humanly creaturely form of existence, and ep ipso a renunciation of the divine glory which he had from the beginning with the Father” (48).

Jesus is still divine, but the manner of the expression of his divine life is such that he embraces the totality of human existence, including our suffering, our weaknesses, our failures, our brokenness, our alienation.

As I wrote my own book on the conception and birth of Jesus, A Complicated Pregnancy, I knew I would have to turn, in the end, to kenotic Christology. It offers the best explanation for how Jesus could be conceived through natural biological means and yet also be completely and fully divine. His humanity is not undermined by his ontological status as divine–as the preexistent Son of God in the form of a thoroughly human life.

March 24, 2018
The King Who Comes in Peace and the Children Who Proclaim Him
Next Post 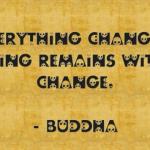