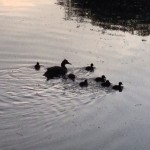 Just now the state where I live, Minnesota, is experiencing a severe outbreak of H5N2, avian influenza. So far, this outbreak has forced the destruction of 9 million birds in this state. The total for this outbreak, which has affected 15 states, is 45 million birds destroyed.

Full disclosure: I am a farmer. I have raised chickens. As the owner of a family farm, I have a dog in the fight when it comes to the future of agriculture in the United States. As I listen to and read the media coverage of the latest outbreak, the persistent thing I notice is a complete failure to address the real problem: factory farming.

It is of course the concentration of turkeys and chickens that is the real problem.
The last time-share folks left us with a broken food system. We aren’t fixing it.

The Cost of Ingredients

We can pick the ingredients up off the shelf, carry them home, and make a banana cream pie. Or, even more conveniently, many grocery stores have an in-store bakery and banana cream pie is available pre-made and conveniently boxed in a transparent plastic case.

I have two sources of pre-made banana cream pie within two blocks of my house, one at the grocery store and one at a family restaurant that specializes in carry-out baked goods.

This is the glory of the American food system: quick, cheap, available. An internet check of the calories in banana cream pie indicates that a slice has something between 400 and 600 calories. I can get one-fourth of my recommended daily calorie intake in one easily available slice of pie.

Easy. Quick. Available. Cheap. We don’t have to think about it; it’s better if we don’t.

But I grew up on a family farm. I’m a farmer, so I do think about the cost of what we call “ingredients.”

Bananas: 6.4 billion pounds consumed in the US each year, at a terrifying environmental cost due to the fuel—the lowest grade—used in shipping.

Then there is the human cost. Diabetes and obesity from consuming these ingredients, yes. Unlivable wages. Oh, and the destruction of small farms—the destruction of a way of life that is often hard but is at its core independent and self sufficient.

What if we treated the Earth like a time-share condo? What if we acted as if we are dependent upon the last ones who occupied the space and are responsible to the next ones who will occupy the space . . .

As a family farmer, that’s how I have to think. I have to ask: what would happen were we to get past quick, cheap, and available?

You know, like a condo, Earth will be here after the people leave. The question is what condition it will be in.

What if we treated our food as if the planet and its people mattered?

I don’t know what would happen. But it would be different.

June 18, 2015 Crying Together
Recent Comments
0 | Leave a Comment
Browse Our Archives
get the latest from
New Visions
Sign up for our newsletter
POPULAR AT PATHEOS New Visions
1