The economics of mutuality, and more

The economics of mutuality, and more January 17, 2014 Dr. Steven Garber

The economics of mutuality. 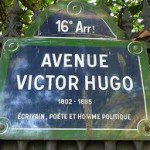 Growing out of a conversation with business executives who have responsibility for a global corporation whose products everyone on earth enjoys, the words are becoming flesh, for years now I have been working on this vision. But that will be a story for another day. This evening I will fly to Paris to take part in several days of conversation about the whys and whats of the project.

When I was in my early 20s, I read Os Guinness’ “The Dust of Death” several times, and it deeply formed me. He wrote that honest social analysis must not only criticize what is wrong, but redefine what is desired. The next year of my life, America’s Bi-Centennial Year, I gave to an idea that I called, “Reshaping the American Dream.” I wanted the whole world to change– and in the end, it didn’t.

But I have not forgotten the dream. That deeper longing for the renewal of society and the world is still at the heart of my heart. At its core “the economics of mutuality” is a critique of the hyper-individualism and corporate myopia of Milton Friedman’s University of Chicago “school,” which is summed up by these words, “The sole purpose of business is to maximize shareholder profit.” Most of the time in most places that is the way of the world. And with that rule, some do make fortunes, making a “killing” as they say, and the rest of us have to pay for years and years to come.  Think of the sub-prime mortgage scandal that brought down Wall Street and the world five years ago. A few became rich, but the rest of us will pay for their gain, perhaps for generations to come. Masters of the universe they are, to remember Tom Wolfe’s image in “Bonfire of the Vanities,” but at their worst they are horribly myopic, making economic decisions that are against history and humanity. Very importantly, the economics of mutuality is principally an argument for the way business ought to be, for a reframing of the very meaning of economic life.

My assignment this week is to speak on three words: vocation, meaning and ethics, set within a globalizing economy. This is not an ivory-tower, “wouldn’t it be nice if we were all nice?” conversation. Literally billions of dollars and scores of thousands of employees are stake. This is not a new way to be philanthropic. Instead there is an honest desire to sustain profitability for the long-haul, for generations, and so there is an honest desire to reframe the definition of “the bottom line.” Simply said, to keep making money there has to be an acknowledgement of a more complex bottom line, one that remembers that people and the planet must be written into the calculus, if profit is to be sustained.

Because it is France, I have decided to draw Jean Valjean into the presentation. In a profound way this hero from Victor Hugo’s “Les Miserables” embodies “vocation, meaning and ethics.” The words become flesh in his life. After his encounter with the bishop’s amazing grace, he begins to find a new way to understand his life, and the life of the world around him. Over the next years his whole community is transformed. Not first of all by his philanthropy, but by his visionary leadership of a business that offers opportunity and employment, and whose product serves the marketplace. Valjean becomes a remarkably kind man with eyes to see the needs of those in his community, but that is as a businessman with a strong sense of vocation grounded in an understanding of the meaning of life manifest in an ethic that has consequence for him and his world.

So, with the economics of mutuality in my mind and Jean Valjean in my heart, I fly off to Paris.

From The Washington Institute for Faith, Vocation, and Culture.  Originally published in May 2013.

January 17, 2014 The sacramental character of our callings
Recent Comments
0 | Leave a Comment
Browse Our Archives
get the latest from
Best of Patheos
Sign up for our newsletter
POPULAR AT PATHEOS Faith and Work
1