Steven Garber has a classroom among many people in many places. As the Founder and Principal of the Washington Institute, the heart of his own calling is that people understand the integral character of faith, vocation, and culture. Author of The Fabric of Faithfulness: Weaving Together Belief and Behavior (Second Ed., 2007), he writes frequently for Comment and Critique, and in addition was a contributor to the volumes Faith Goes to Work: Reflections From the Marketplace, and Get Up Off Your Knees: Preaching the U2 Catalogue, as well as to the Mars Hill Audio journal, “Tacit Knowing, Truthful Knowing: The Life and Work of Michael Polanyi.”

For many years he taught on Capitol Hill in the American Studies Program, and then became the Scholar-in-Residence for the Council for Christian Colleges and Universities. He serves as a board member for Ransom Fellowship, the Blood:Water Mission, A Rocha, and the Telos Project, and as a consultant for the Wedgwood Circle, the Murdock Trust, the Demdaco Corporation and the Mars Corporation.

A native of the great valleys of Colorado and California, he is married to Meg and is the father of five children whose own callings have them scattered around the world.

Read more about Steve’s vision for the Washington Institute here, and hear more about it in this video:

Related posts from Visions of Vocation 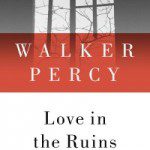 Faith and Work
Hints of hope
Visions of Vocation