What Makes a Good Life? 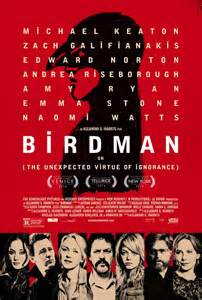 Sometimes words write themselves on our hearts.

I still remember a conversation with a friend whom we had invited to join us for lunch, and we were talking about anything and everything. He was one of the bright lights of life: very smart, very personable, very gifted.

“Sometimes I feel like 16 different people.” A serious actor full of hope that he would spend his life on stage, taking up roles and characters to satisfy his yearnings and pay his bills— but for many reasons, all tragic, that never happened. In those years I was studying psychology, especially the ways that philosophical anthropology affects psychotherapy, and so I was intrigued by what he said. What we believe about who we are and why we are is the root of everything else, and we will either find honest happiness in this now-but-not-yet world, or we will fall down and fall apart.

All of us long for integrity, for an identity that makes sense of ourselves to ourselves— but for thousands of complex reasons we stumble along, often feeling more fragmented than coherent; often in fact making choices that take us, step by step, into incoherence, and in the end we don’t really know who we are and why we are.

All this came to mind when we went to see, “Birdman,” this weekend, the latest film by the gifted director, Alejandro Gonzalez Inyarritu. The story is of a film star trying to finally make it on Broadway, an actor who has made millions as “Birdman,” a fantastical character in a film world of fantastical characters— Batman, Superman, Incredible Hulk, X-Men, Fantastic Four, and on and on —but who longs for a kind of acting that only happens on the stages of Broadway.

Michael Keaton is the Birdman, an aging actor who feels he has one last shot at being someone who has done something. His fame and fortune were made as a “bird-man”— with feathers and talons and beak —and while that had been “him” for the years of his stardom, it had never really been him. How could it have been?

And so he comes to New York City, the city of stages and stories, bright lights and great hopes. There is much that could be said about the film, and many have written about it. What interested me was the ways that identity was lost and found, and lost again— which of course reminded me of the tender and complex conversation so many years ago. There were moments when the dialogue was almost eerie, an echo of what we heard from our friend.

Who are we? How do we know? What it is that makes for a life? for a good life? What matters, when all is said and done?

In an interview, the director said this about his main character, and the existential quandary that is the heart of the film: “That’s the story of every human being. I always thought of this guy as Don Quixote in that sense. We’re all like that. We have these ambitions that are very hard to accomplish because life puts us in our place. We have this battle with mediocrity. Everyone’s terrified of being mediocre. Everyone wants to be special. We parents tell our kids, ‘You’re special.’ But how many people are special? Very few people are special. Everybody wants to be special. And they have been selling us that poison. That’s tragic and comic.”

On the one hand, I have always believed in Fred Rogers, and his promise that “We are special”— everyone of us in our own unique way. But on the other, it is painfully and plainly true that we are all very ordinary people living very ordinary lives in very ordinary ways.

And yet, and yet. Written into every one of us is the longing to be special in some way, for some meaning in some way about some thing, for a significance that set us apart from everyone else. We want our lives to be about something that matters, to have done something that matters to someone somewhere. That is the tension of life for Everyman and Everywoman— and that was our friend’s hope, even torn apart as he was over the deepest questions of who he was and what he was, of why he was and how he was to live.

At the end of the film, I found myself thinking about many things, perplexed by what I had seen and what it meant. Not surprisingly perhaps, the film, “It’s A Wonderful Life,” began running through my mind with its story of George Bailey’s own pilgrimage over the meaning of a life. He too was faced with the great questions of who and what and why and how; we all know his story, especially so in these weeks just after Christmas.

The heartache of “Birdman” is that it is formed by a profoundly different narrative; the questions are the same, but the answers are antithetical. (Even the best reviews, like the “The Atlantic,” give the story a pass here, not expecting it to make sense, and so of course Keaton’s character doesn’t have to make sense either.) Unlike George’s world, there is no window to transcendence, and so no one is looking in and down from heaven on his life— and therefore there is no possibility of a holy visitation which will change the course of his life, the very way he understands human existence. The universe is silent.

At the end of his film, George is surrounded by a community of family and friends who gather round, singing a glad song that remembers to remember the truest truths of a good life. When all is said and done, all the Birdman has is himself, and at the end of the day and the end of the film, that isn’t enough.

Heart-achingly, it wasn’t enough for our friend, perplexed and confused about the most important questions of his life as he was; and it couldn’t be for the Birdman either, troubled soul that he was. We all long for something more.

This post was originally written for The Washington Institute for Faith, Vocation and Culture’s Common’s Blog.

January 21, 2015
Working for good among the nations: An excerpt from the book Visions of Vocation
Next Post

February 4, 2015 Giving himself away: An excerpt from the book Visions of Vocation
Recent Comments
0 | Leave a Comment
Browse Our Archives
get the latest from
Best of Patheos
Sign up for our newsletter
POPULAR AT PATHEOS Faith and Work
1

What is "The Gospel" in 1...
(re)integrate
Related posts from Visions of Vocation