Candomble and Umbanda Declared Not Religions by Brazilian Judge!

According to a decision by a Brazilian judge on April 28, 2014 Candomble and Umbanda are not to be legally considered religions in Brazil anymore. We have entered the 21st century but prejudice and oppression are as alive as they ever were.

Candomble and Umbanda are Afro-Brazilian religions that have been practiced for centuries. In my book Voodoo and Afro-Caribbean Paganism I mention that one of the earliest records of related practices date to 1618 when “an informant named Sebastian Beretto reported to the Jesuit priests an African-derived funeral practice of slaughtering animals and using the blood as a sacrifice to ensure passage to heaven.” The religions can be said to have similarities with other Afro-Diasporan religions like Santeria (Lucumi,) there is honoring of the Orixa, sacred drumming, dances, calls and prayers.

This entire legal mess started when a local group tried to have some Youtube videos removed which they considered offensive to their spiritual practices. The videos in question show the power of Christianity over the Afro-Brazilian religion, you can see one here:

The end result was the declaration by Judge Rosa Eugenio de Araujo , reported by O Globo news, “African-Brazilian practices do not constitute religion….they do not contain the necessary traits of a religion namely a basic text ( Koran, Bible, etc.), lack of a hierarchical structure and the absence of a God to be worshiped.” Why does this judge get to decide what is “necessary” for a religion?

Obviously Brazilian worshipers are up in arms and an appeal to the decision is in the works. This is a violation of Human Rights and religious freedoms everywhere. There are many of the world’s religions that do not follow a centralized text. The Bible itself has many different versions, and several different authors. All Afro-Disporan religions are oral traditions. They were passed on in secret by slaves that had been forcibly removed from their families and their homelands. This was the only method they had to preserve their traditions. Now this Judge has the audacity to penalize them again because of their tenacious difference.

The religions of Candomble and Umbanda honor and worship Orixa, the powerful forces of nature that some would definitely term Gods and Goddesses. There is also a hierarchical structure in these traditions where each spiritual house is organized like a family with devotees having spiritual godparents known as Mothers and Fathers of the Saints. This legal decision seems based on ignorance and prejudice. As an Afro-Diasporan Priestess who has attended many an Umbanda ritual I am saddened and angered by this backwards decision. I hope by the power of the Orixa that it receives the attention it deserves. Par for the course the American media is slow to report anything relating to this story and I would like to thank the blog Hedge Mason for posting about it yesterday. This situation will obviously be developing in the weeks and months to come, please follow us for updates, and for now if you would like to voice your displeasure at the decision you can sign the petition against it HERE. 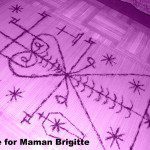 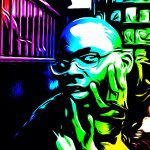 Pagan
The Why Of Whites – Clothing That Is
Voodoo Universe

Pagan
It's My 2 Year Blogiversary And I'll Rant...
Voodoo Universe 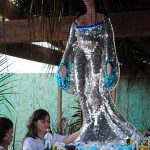